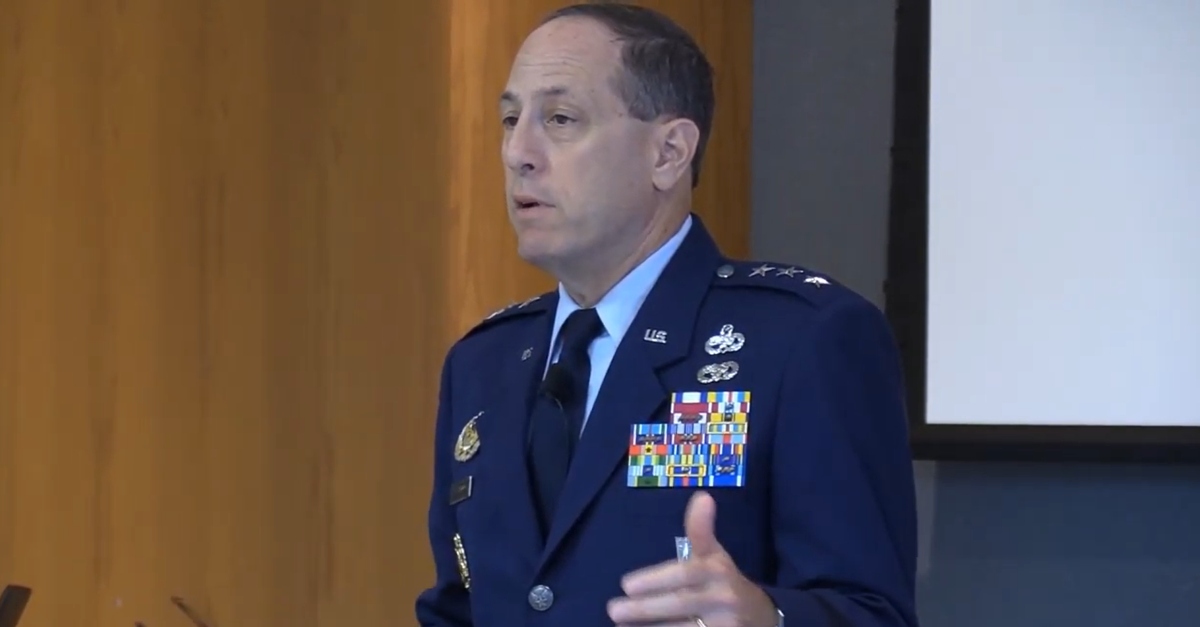 During his Air Force career, Lee Levy reached the rank of lieutenant general. That’s not how he went out. He lost a star amid an investigation into his behavior, and officially retired on November 1, according to The Air Force Times. An inspector general’s report published March 2019 showed that according to witnesses, the general treated his subordinates terribly.

“I think if he was in the battlefield, he probably would’ve been shot in the back,” one person said.

Levy was due to retire October 1, 2018, but stayed on active duty amid the investigation, and dropped back down to a major general on October 6 of this year. According to his attorney Richard Stevens, the law mandated that three-star generals relinquish a star after 60 days away from command. Air Force spokeswoman Ann Stefanek told the outlet his star was not restored after an officer grade determination.

Stevens denied the allegations, but people who worked under Levy reported a pattern of bullying.

Witnesses claimed that he berated them over minor things, like his coffee not being hot enough. The general would often drop things on the floor, and make his people pick this stuff up. One person described this as a “power move.” The inspector general also determined that Levy “wrongfully accepted loans” from a junior officer for his personal travel expenses, and only paid off the loan after she got another official to help her request the money back.

Stevens denied that allegation, saying it was a “gross mischaracterization,” though the IG didn’t find Levy as credible the testimony about him. They didn’t believe the general when he said he didn’t remember a certain phone call regarding the loan repayment.

One female airman said the general badgered her about eating, weight, her sleep habits, or whether she knew what she was doing. She reportedly didn’t have problems meeting fitness standards, and another person said she was “very much in shape.” Nonetheless, Levy made fun of her for eating, telling her in one instance, “oink, oink,” and asking if she was “really eating again?”

She and a witness construed this encounter as over the line.

Levy told investigators he didn’t remember the making fun of the airman like this. Stevens said his client denied making pig noises, and said, “In general, there were frequently conversations and light-hearted banter among the ‘inner circle’ staff about who was eating what, among many, many other topics every single day.”

[Image via The Mitchell Institute for Aerospace Studies]