‘I Emptied My Glock’: NRA Member Kills Robber Who Pointed AK-47 at His ‘Damn Face’ 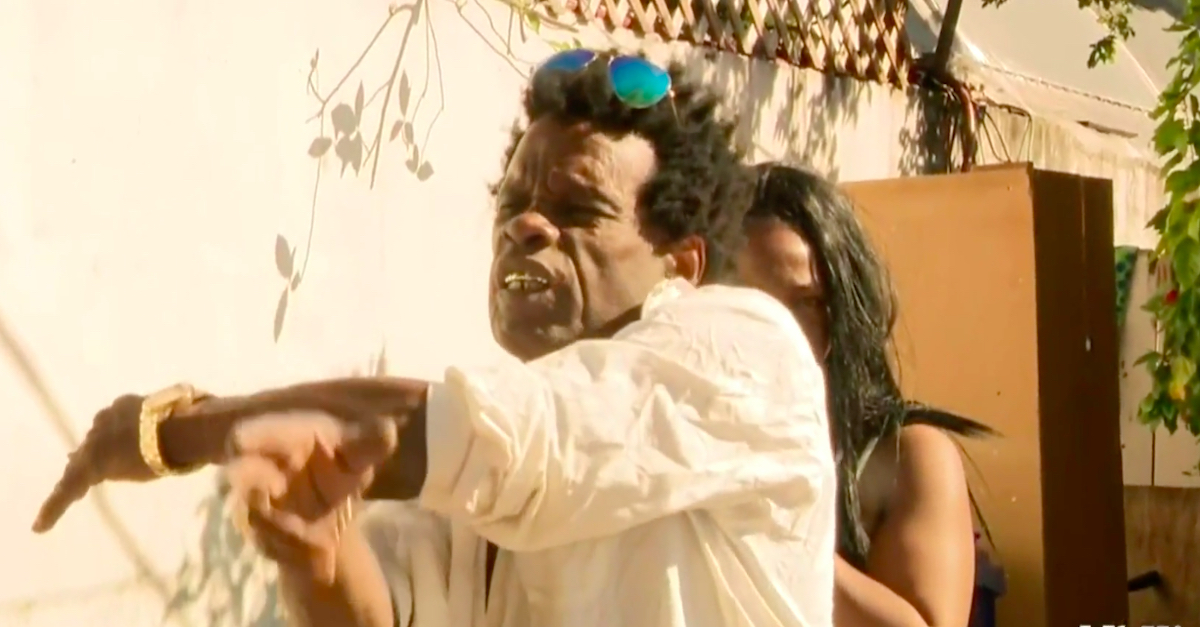 A Miami man on Tuesday shot and killed a robber armed with an AK-47 rifle who broke into his van in an attempt to steal his jewelry.

Just hours after shooting killing the gunman, an unfazed Donovan Stewart, 60, spoke with CBS4’s Peter D’Oench in a remarkably candid on-camera interview that even included a re-enactment of the incident.

“This guy I kill last night, he put an AK-47 to my damn face,” Stewart said. “And as a guy who was born in Kingstontown [Jamaica], I’m not gonna go out like punk.”

According to Stewart, he, his girlfriend, and his 11-year-old son were asleep in the van at approximately 3:00 a.m. when someone knocked on the vehicle’s door. When Stewart opened the door he was greeted with a semi-automatic rifle pointed at his head.

“So I said, ‘Well alright, this is what’s going to happen: you’re going to kill me or I’m going to kill you. Let’s see.’ So, quick thinking – quick reflexes – because I’m trained,” said Stewart. “You know I have a security license; I have a G license and I have a state firearms license and a concealed weapons permit, and I’m a member of the NRA.”

Stewart then demonstrated how he was able to fight off the would-be assailant.

“When he fly my door opened, the only thing he did was stick that AK in my face. And my gun was right here,” he said, signaling to his right hip. He then swung his left arm across his body, illustrating how he slapped the barrel of the rifle away, while simultaneously grabbing the gun from his hip with his right hand and firing.

“I knocked the nozzle away from my face and I emptied my Glock in his chest,” Stewart said.

Miami police officer Michael Vega said that while investigators are still gathering information, the evidence appears to corroborate Stewart’s claim that he acted in self-defense.

“Everyone is cooperating,” he said, “but we still need to receive more information. We need to put this all together and determine what happened.”

You can watch the interview below.