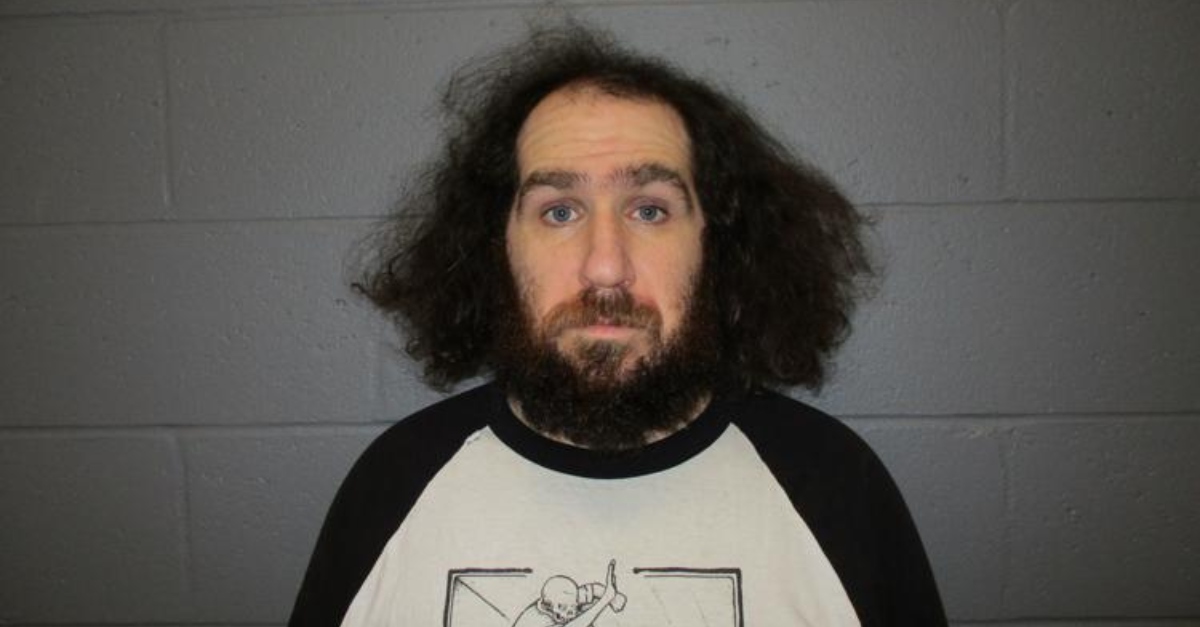 A primary voter in Windham, New Hampshire is accused of throwing a violent fit: He slapped a 15-year-old boy, he attacked two adults who attempted to step in, and he trashed a Trump campaign tent, police said according to The New Hampshire Union Leader.

Officers said he was leaving a polling station at about 6:12 p.m. on Tuesday. Bradley allegedly slapped the teen by a Trump campaign tent. Two adults tried to step in. He attacked them too, authorities said. The defendant allegedly threw campaign signs, and tried to knock over the tent.

The boy’s mother Cathy Campbell told Fox News that her family are Republicans and Trump supporters. She said she dropped her son at Windham High School to volunteer, and that he was wearing a MAGA hat.

“My son was standing outside on the sidewalk and he said ‘have a nice night,’ he said it to everyone,” said Campbell. “But this man was triggered. ‘He said ‘f— you’ to him and wound up his hand as fast as he could and slapped him across the face.”

She said her son was “traumatized” by the incident.

“It sickens me that people would be angry at a kid for wearing a stupid hat,” Campbell said. “And everybody that has reached out has just talked about what an amazing kid he is.”

Bradley is scheduled for an arraignment to take place Friday. The defendant was held at the Rockingham County Jail on $5,000 bail, but there’s an administrative hold for an alleged probation violation. A public defender’s office is representing the defendant, a New Hampshire Judicial Branch spokesperson told Law&Crime. They didn’t immediately respond to a request for comment.

Note: Updated to show that Bradley is being represented by a public defender’s office.