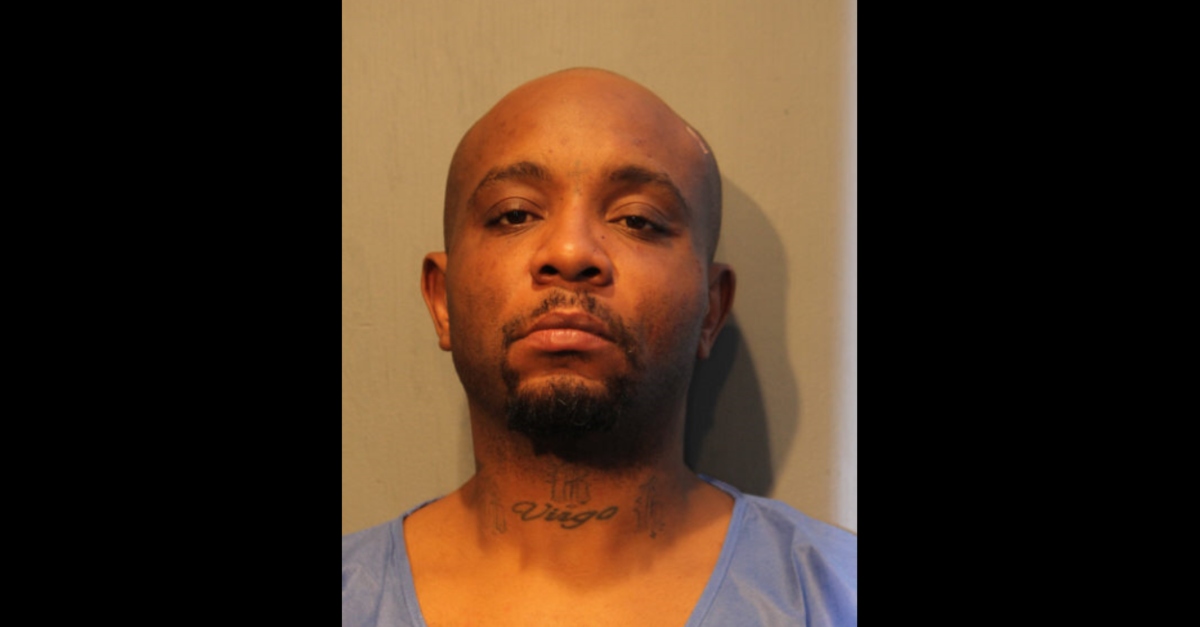 A Thanksgiving party ended in tragedy for a surreal reason. The alleged killer is said to have put his bare hands in Thanksgiving leftovers, and got into an argument with the victim about it, authorities in Chicago, Illinois said. James Dixon, 29, was arrested Friday.

Prosecutors said in a hearing Sunday that the defendant was at a Thanksgiving party hosted by a woman, according to The Chicago Tribune. In the official story, he started going through the leftover food with his hands, the host became alarmed; the host’s boyfriend got Dixon to the front door, authorities said. Dixon allegedly sucker punched the man.

Police say that the dispute spilled onto the front porch, and that’s where it turned physical. Prosecutors said Dixon stabbed victim Vincell Jackson, 52, nine times. Wounds were to the victim’s head, face, and left arm, officials said. Prosecutors said that witnesses described Dixon as the aggressor.

From police, in a statement obtained by Law&Crime:

The victim was transported to University of Chicago Hospital where he succumbed to his injuries. Dixon was arrested at Holy Cross Hospital after he went to be treated for a small laceration to his neck and cuts to his finger. He was placed into custody and charged accordingly.

Witnesses purportedly saw the fight, but none saw the alleged stabbing itself. Prosecutors said that Jackson was seen on top of Dixon asking that 911 be called, but a witness returned to find that Dixon was running away, and Jackson was over a banister, wounded.

According to officials, Dixon was arrested hours later. He was found with multiple knives, including one covered in blood, they said. The defense maintains that he had a legitimate self-defense claim.

Dixon is charged with first-degree murder, and was ordered to be held on $350,000.