‘Ma’am, Put the Gun Down!’: Video Shows Tennessee Cop and Woman Shooting Each Other as She Tried to Flee Stop 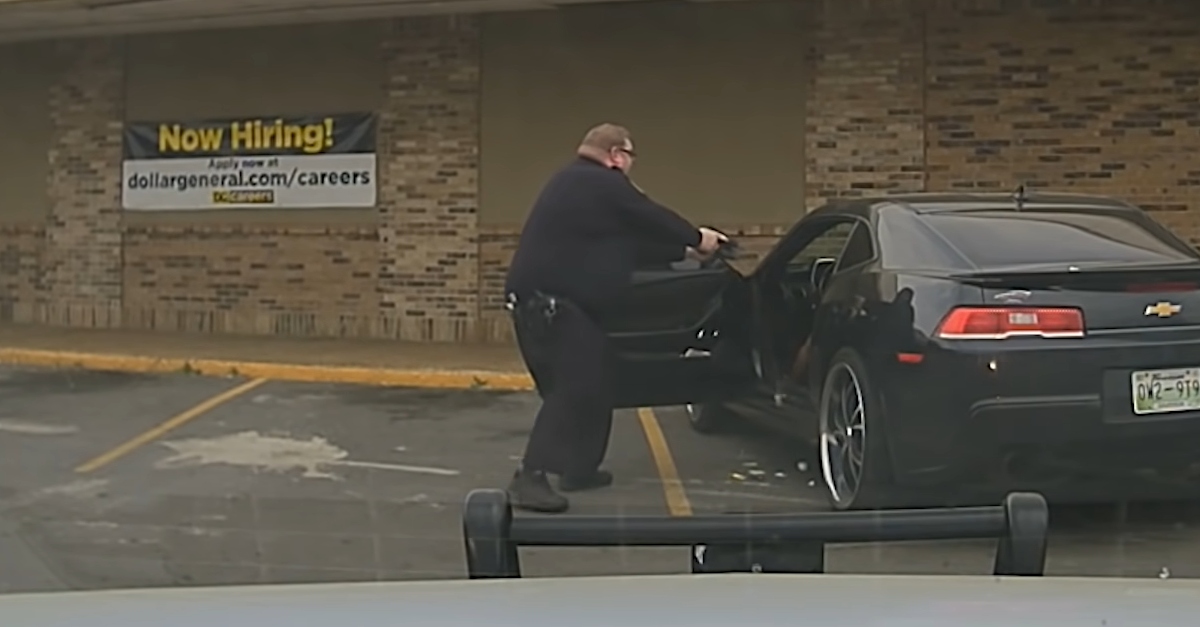 Right before the fatal shooting.

A police stop turned fatal on Friday in Nashville, Tennessee. Field training officer Josh Baker and Nika Nicole Holbert, 31, shot each other as the latter attempted to flee the scene. Baker, a 14-year veteran, survived with a gunshot to the side of his torso, police said. Holbert drove a block from the scene, but ran off the road, officers said. She died at a hospital, according to authorities.

A police department video press statement, which includes body cam and dashboard footage of the incident, is age-restricted on YouTube. You can watch it here.

Baker first pulled over Holbert because she was driving a car registered to Demond M. Buchanan, 42, a man who faced warrants on drug possession charges, according to Nashville police spokesperson Don Aaron.

As seen on video, the officer told the driver to stop going through her purse.

“What did you take out of it?” he said, standing in the parking lot at Brick Church Pike and Ewing Drive.

“Nothing,” she said, turning back to the driver’s side seat.

“Just come back here,” he said. “I think we’re getting off on the wrong foot.”

“Because I’m really confused on why I’m getting stopped,” Holbert said.

“Okay, that has nothing to do with me,” she said.

“Now I know that,” he said. “However, I’m going to address the other problems.”

Baker searched the purse. Holbert began smoking a cigarette while on the phone with a woman she addressed as her mother.

In the video statement, Aaron said Baker discovered what seemed to be marijuana and a “powdered substance” in her bag. The officer attempted to detain Holbert.

As seen on the body cam footage, Holbert backed away, denying wrongdoing. She grabbed her purse, and led him on a brief foot chase around the sedan. Holbert got into the driver’s side seat of the car. Baker tasered her, as she called for help.

He ordered her to put a gun down, and he pulled out a pistol.

Shots were fired. Baker fell to the ground.

This author could not see if Holbert held a gun in the body cam footage, but as apparent from this point of view as well as the dashcam video, she either threw her pistol out of the car, or it fell out, right before she drove out of the parking space.

Baker’s fatal confrontation with Holbert occurs at the 5:30-mark in the video here.

Chief Drake just left the hospital bedside of Officer Josh Baker & reports that he is in good spirits, stable, but sore. pic.twitter.com/pqDelM3z5D

The Tennessee Bureau of Investigation, and Davidson County District Attorney’s Office are investigating the incident, Aaron said. He added that, as a matter of policy, the MNPD will conduct an administrative review to see if the officer’s actions met their standards.