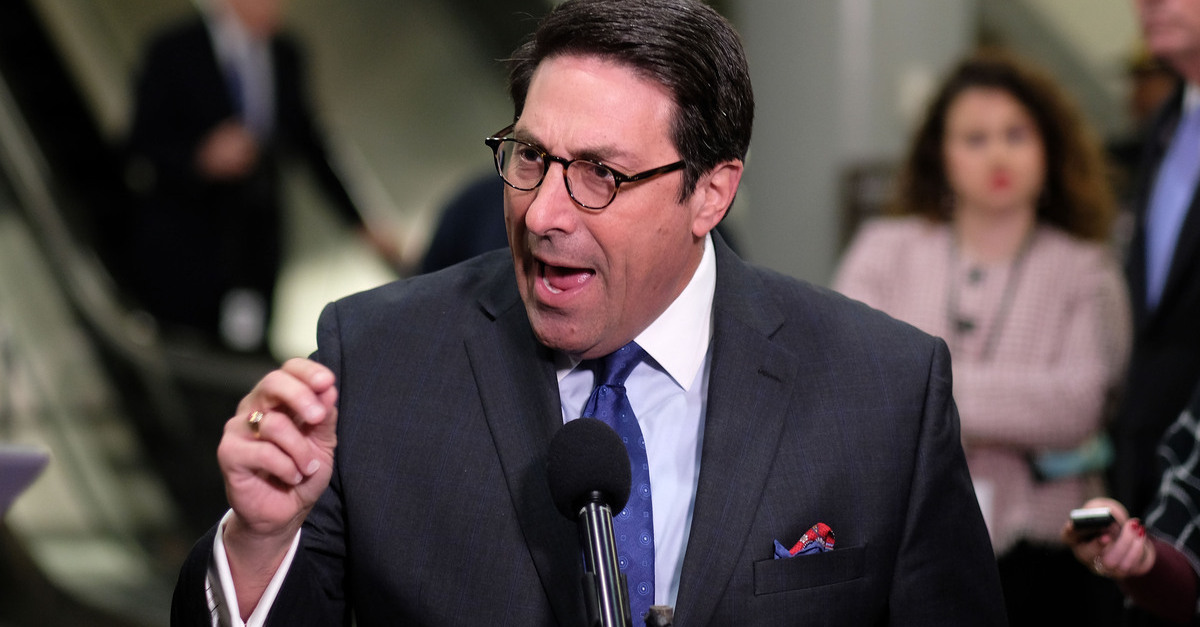 Trump lawyer and self-imagined rockstar Jay Sekulow filed an amicus brief with the Supreme Court of the United States last week in the case of a cheerleader dropped from her team after Snapchatting “Fuck school fuck softball fuck cheer fuck everything.” In it, he seems really triggered by the word “fuck.”

Sekulow’s brief, filed on behalf of his conservative group American Center for Law and Justice, is like the legal version of muzak: a vapid echo of something better that is rightfully ignored. This “Amicus Brief of the American Center for  Law and Justice In Support of Neither Party” is an absurd pile of bullshit that I would pay good money to watch Stephen Breyer ridicule.

But first, a quick recap on the case.

A Pennsylvania high school student known in pleadings as “B.L.,” was shopping with friends on a Saturday afternoon in 2017 after she’d been cut from the varsity cheerleading squad. She posted a selfie in her Snapchat story showing herself and a friend extending their middle fingers. The caption read, “Fuck school fuck softball fuck cheer fuck everything.” A second post said, “Love how me and [another student] get told we need a year of jv before we make varsity but that’s [sic] doesn’t matter to anyone else?”

When the school found out about the post, B.L. was cut from the junior varsity team too. Her parents appealed the school’s decision, and lost at the school level. They then brought a federal lawsuit arguing that B.L.’s First Amendment rights were violated when the school disciplined her for entirely off-campus speech.

B.L. won at both the district court and U.S. Court of Appeals for the Third Circuit. However, it also raises an issue for which there is a split among federal circuits: exactly how far does the 1969 precedent Tinker v. Des Moines Independent Community School District go to protecting student speech in the context of social media?

As Sekulow puts it, “Both sides of this case have the constitutional law wrong.” What SCOTUS should do, he argues, is reject everyone’s argument, make a ruling against cancel culture and blame the girl’s parents for crappy parenting.

Calling the school district’s position on its authority “feeble and problematic,” Sekulow says the school is advocating for “a hopelessly vague and overbroad standard” for regulating student speech. Schools shouldn’t be allowed to “enjoy [] general police power over anything, anywhere,” because that would be way too much.

Selkulow has suggestions. “This case ought never to have been filed,” he chastises. “The proper remedy for dealing with [the cheerleader’s] ‘absurd and immature antic,’  would have been for school officials to advise her parents, who could have addressed the matter as they saw fit.” He goes on: “Once B.L.’s parents learned of her tirade, they could have themselves grounded her from the cheer squad and made her apologize. That they chose instead to sue the school and make this a federal case, despite the mild discipline the school imposed, is a sorry reflection on our contemporary culture.”

Got that? According to Sekulow, the issue isn’t that the school was at fault for infringing on a student’s First Amendment rights. Rather, the student’s parents were at fault, because everyone knows nice girls don’t bring lawsuits.

Sekulow goes on to say that any claim that schools need to pay attention to off-campus actions in order to safeguard kids in school “makes little sense.” “The question is not whether a particular minor’s behavior should be punished, but instead whether government schools must be the ones to tackle the problem,” he writes. This sounds like a decent argument in favor of the cheerleader, but it’s immediately followed up with lengthy argument beginning, “The student’s vulgar rant, had it happened within the school’s proper jurisdiction, would clearly not enjoy First Amendment protection.”

Sekulow then launches an admittedly G-rated tirade against profanity generally, in which he appears not to know that teenagers could use F-bombs during everyday conversation. According to Sekulow, teens only use bad words when they’re trying to “incite” something.

“B.L.’s expletive here was simply a crude insult of the sort that aims to incite a hostile reaction,” he explains. “The whole point of using foul language instead of ‘I’m sick of’ or ‘The heck with’ would seem to be to offend.” His phrasing here is an implicit analogy to “fighting words” — a category of unprotected speech that encompasses words that tend to incite immediate violence. In doing this, Sekulow advocates for SCOTUS to ignore the actual issue in the case (the on-campus v. off-campus distinction of B.L.’s social media post) and instead, turn the debate into a general referendum on teenagers using bad words.

Quoting a 2009 case between the FCC and Fox Television, Sekulow engages in some Olympic-level point-missing when he interprets the meaning of a scorned cheerleader saying, “Fuck Cheer.” “Even for adults, at the most such ‘references to excretory and sexual material surely lie at the periphery of First Amendment concern,’” argues Sekulow. I guess Jay uses a different vernacular for when he’s frustrated.

Sillier still is that Sekulow appears to be arguing that B.L.’s post has corrupted the morals of an entire generation.

“This is not a case where a minor utters a dirty word in private, or discusses the academic significance of expletives with a friend,” Sekulow preaches. “And this is certainly not a case of adults using salty language among themselves.”

“Rather,” he continues,  “this case involves a blanket spewing of foul language, used as an offensive, provocative expletive, intentionally broadcast to minors in a medium pervasively accessible to those minors.” Sekulow conveniently ignores the fact that B.L.’s single profane post was posted on her Snapchat story — a format specifically designed to limit viewership only to friends, and only for a limited time.

Undeterred by reality, Sekulow goes on to demand, “If an adult stranger could constitutionally be barred from firing a profanity-laced message to hundreds of minors,” then B.L. shouldn’t be allowed to say “Fuck cheer” on Snapchat.

I guess representing Donald Trump for all those years left Sekulow entirely devoid of, well, you know.