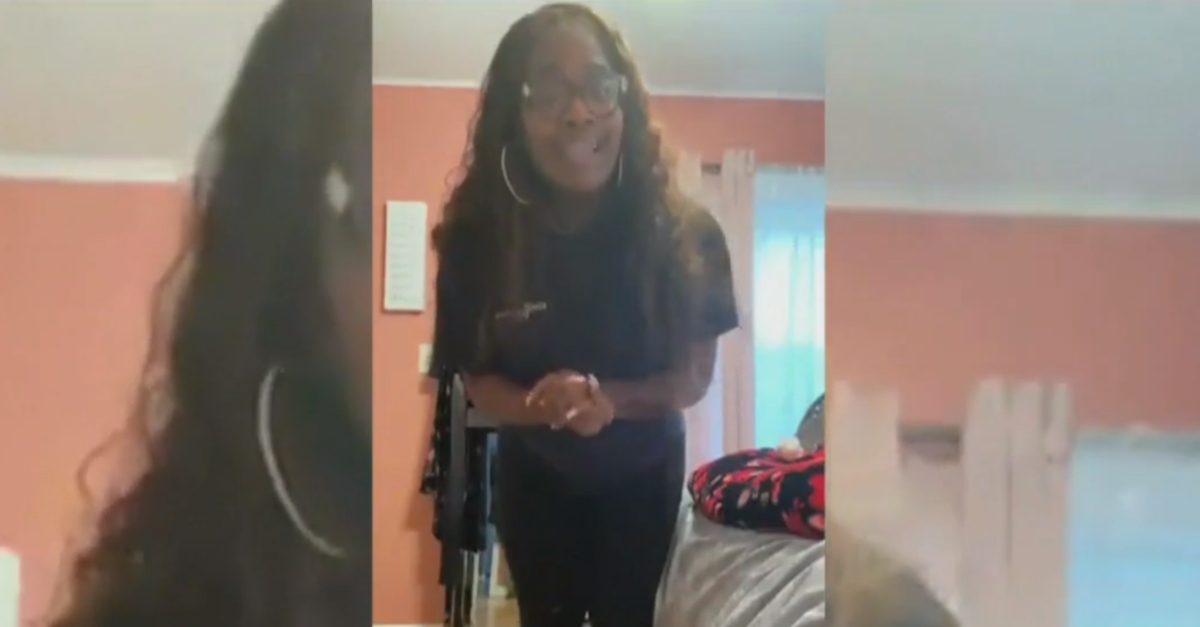 A mother in Gainesville, Georgia is accused of threatening to shoot students at her son’s school. The children had allegedly bullied him.

Cirea Oliver, 29, is being held without bond at Hall County Jail on a count of terroristic threats and acts, according to records reviewed by Law&Crime.

“I’m going to tell you right now, I’m putting a bullet through all y’all [expletive] heads. I put that on my [expletive] kids,” said a woman in a now-deleted Facebook Live video, according to WSB-TV. The outlet said a source had shared it with their reporter Audrey Washington.

The woman in that footage was identified as Oliver. Footage is described as going on for 40 minutes. She blamed students, a lack of parenting, and lack of teachers for the bullying her son endured.

She said she had complained about this before to teachers and the principal.

“I’m going to go up to the school and talk to them again, and I’m going to talk to the Board of Education and talk to whoever I need to up there because something has to be done,” she said in the footage, as reported in the Gainesville Times. “It’s breaking my heart because it’s like nothing I can do.”

It’s unclear if Oliver has an attorney at this time.

In an interview with WSB-TV, the defendant’s grandmother identified her as the woman in the footage, but supports her. School officials have declined to discuss the bullying claims.

“They talked about the importance of parents being involved to provide the kind of support to their children that they need,” Johnson told the Gainesville Times. “There was a lot of distress in the room coming from these parents who feel that they have been not supported by the school system around issues relating to the bullying of their children.”