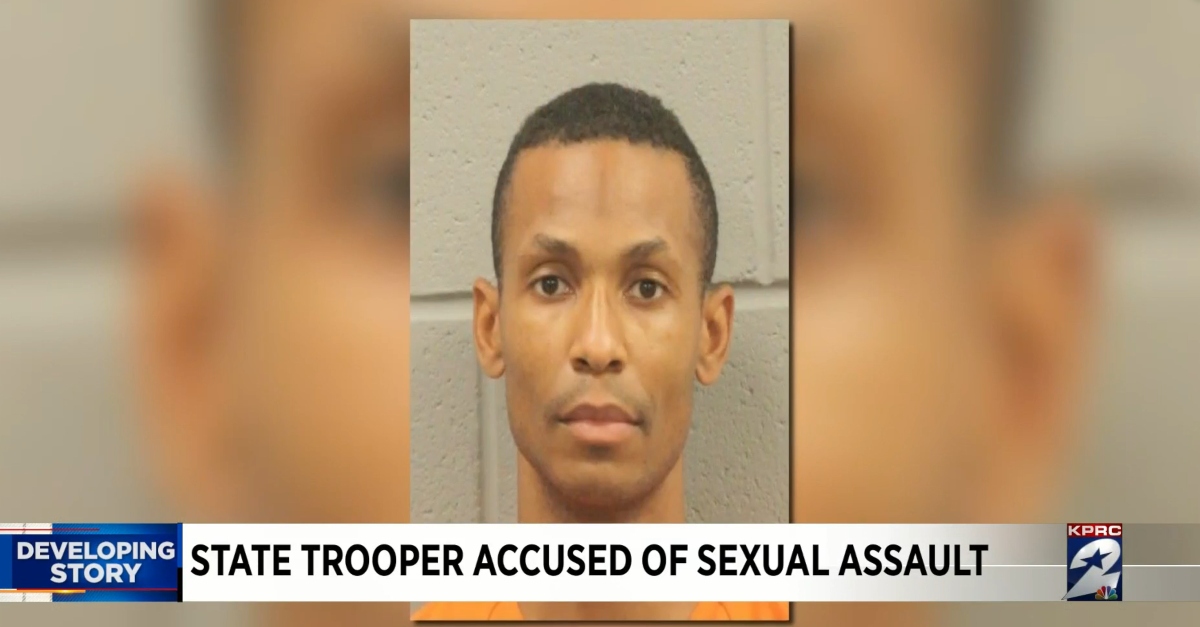 On August 7, 2020, he allegedly performed a traffic stop near an Express Inn at 9025 North Freeway. He issued the driver a written warning, but ordered the passenger out of the vehicle. He drove the woman to a back parking lot at 10700 North Freeway, parked near a dumpster, then threatened to jail her for an out-of-state warrant if she did not perform oral sex on him. She did what he demanded because she feared for her life, authorities said. Boykin then put his hand on his gun, and ordered her to run.

Texas authorities arrested him for this allegation mere days later.

The investigation turned up a second victim, authorities said. This featured a similar M.O. as in the first story. On August 3, 2020, Boykin allegedly pulled up behind a parked vehicle at a Texaco at 9404 North Freeway, up the street from the Express Inn. He allegedly said there were outstanding warrants on the passenger, and claimed he was taking her to a substation. Instead, he drove the woman to the same backlot as in the August 7 incident. He allegedly told her he knew what she did for a living, and demanded sex. Fearing him, the woman complied, and performed oral sex on the suspect, according to authorities.

Now Boykin faces charges including carrying and using a firearm during a crime of violence, and destruction, alteration, or falsification of records in a federal investigation.

From the Department of Justice:

Authorities believe there may be other victims. Anyone with information about potential additional victims is asked to contact the FBI at 713-693-5000.