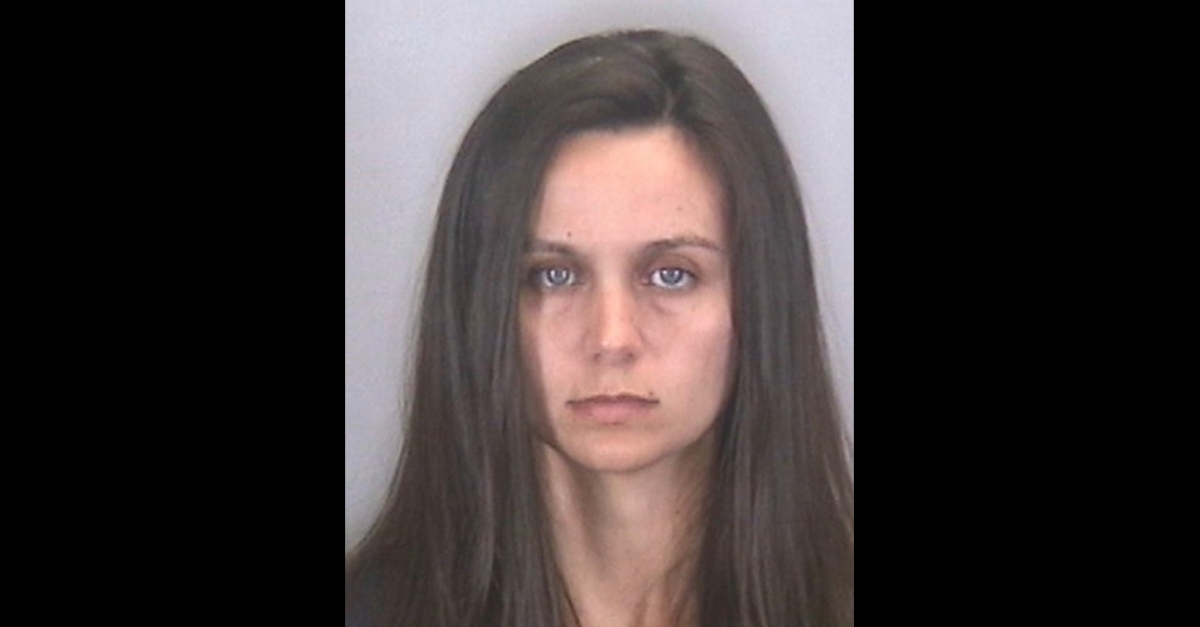 A former ballet dancer allegedly shot and killed her husband. Ashley C. Benefield, 28, was arrested Wednesday in the death of Douglas Benefield, 58, deputies in Manatee County, Florida say. Authorities say that, according to a neighbor, the defendant claimed this homicide was self-defense. Investigators maintain this was second-degree murder.

Deputies say the couple had been separated and were in the middle of a custody battle over their daughter. They were not living together, with victim Benefield living at one residence and the defendant staying at her mother’s home. Authorities say Douglas Benefield went over to see his estranged wife at the mother’s home on September 27, and that’s when the shooting happened. Investigators say no one else was at the residence at the time.

According to an affidavit obtained by Law&Crime, the defendant fled to a male neighbor’s home. This man called 911. In his account, Benefield told him that she shot her husband after he attacked her. Investigators said they found the victim on the floor of his wife’s bedroom. He succumbed to two gunshot wounds after being taken a hospital.

The evidence, as cited by officials, clashed with any self-defense story. The affidavit author claimed not to see any injuries, let alone “ripped, torn, or stretched out” clothes on Ashley Benefield. A search warrant let investigators get photographs and DNA from the defendant, and this only turned up a “minor scratch”; a witness said a person walking by with a box scratched Ashley the day before the shooting.

Authorities said they found no weapons on or near the victim. They said that based on the entry wounds, it did not seem as if he was facing his wife when she opened fire. They also said there were no signs of stippling on the victim or on his clothes, which showed that the weapon was several feet away. Stippling are marks caused by gunshot powder, an indication of a close shot.

“It also does not appear that Douglas [Benefield] had taken any kind of defensive or combative stance,” they said.

According to investigators, Benefield had been making certain allegations against her husband ever since she discovered she was pregnant. They did not detail these claims, except to say they were not alleged instances of physical domestic violence. Nonetheless, investigators said these claims never resulted in criminal charges, and the associated cases were closed as unfounded. They suggest the defendant was presenting these allegations in order to keep their child away from the victim, but that she had run out of legal options to separate the father and daughter. According to officials, a judge looked dimly upon the defendant’s claim against her husband, telling her she did not find the story to have a “scintilla of truth.”

The attorney of record for Ashley Benefield did not immediately return a Law&Crime request for comment.

South Carolina residents may recognize the names of the defendant and victim. Ashley Benefield, who was a former dancer, founded the American National Ballet in Charleston. Her husband served as CEO. The organization had a brief and very rocky existence.

Douglas Benefield would have turned 59 on Oct. 2.