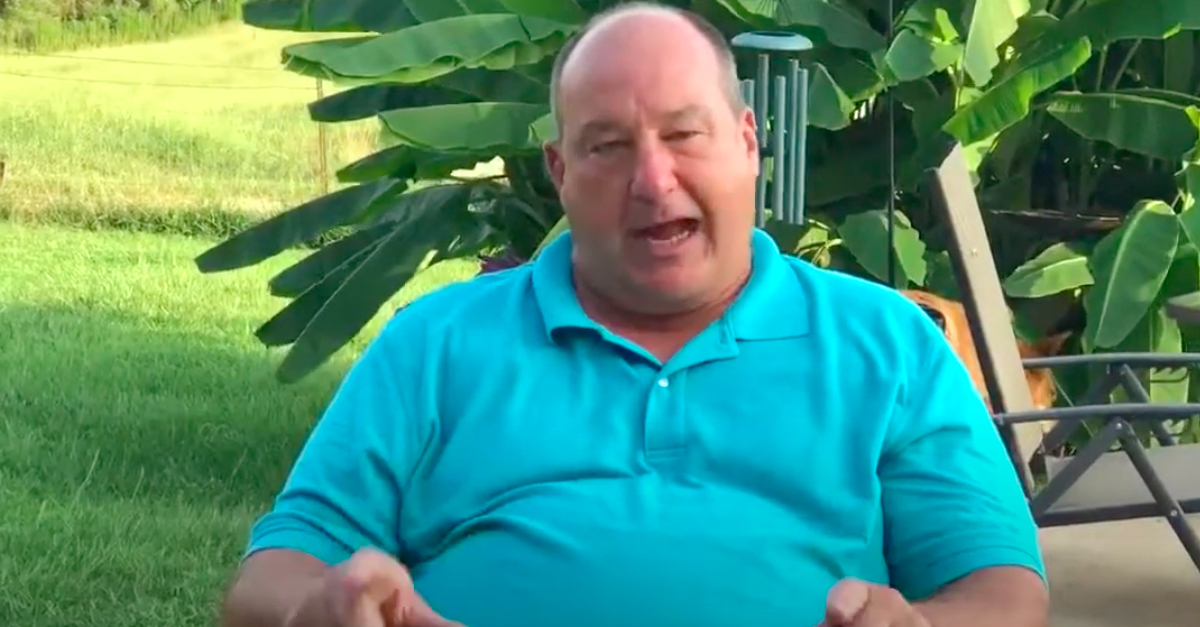 In the wake of the 2020 presidential election, one dissatisfied Republican lawmaker in Mississippi called for the state to “succeed” from the U.S. and create an entirely new country, the Mississippi Free Press reported Monday.

Mississippi Rep. Price Wallace (R), a former farmer who was first elected to the state’s House of Representatives in 2018, made the comment on Twitter this week in response to social media posts from former Republican state lawmaker Robert Foster.

Foster first made national headlines last year when, as a Mississippi gubernatorial candidate, he refused to allow then-Mississippi Today journalist Larrison Campbell to participate in a “ride along” with him unless she agreed to bring along a male colleague. Foster told Campbell that he obeyed the so-called “Billy Graham Rule“—also observed by Vice President Mike Pence—in which a man declines to be alone with any woman other than his wife in order to “avoid any decision that may evoke suspicion.”

Foster, a staunch supporter of President Donald Trump who has repeatedly challenged the results of the 2020 election, began the social media interaction with the specious tweet claiming that the U.S. is not a democracy (it is).

“Not sure who all needs to hear this but we are not a Democracy. We are a Constitutional Republic. The majority does not rule, the law derived from a Constitution has the final say. Democrats and their Fake News Cheerleaders are about to get a hard lesson in civics,” Foster wrote Saturday evening (a constitutional republic is, in fact, a form of democracy). “After all legal votes are counted and confirmed by their state legislatures Republicans will accept the results even if it’s not in our favor. The same way we did with Obama twice. Sadly, Democrats won’t accept the rule of law if it doesn’t end in their favor.”

After all legal votes are counted and confirmed by their state legislatures Republicans will accept the results even if it’s not in our favor. The same way we did with Obama twice. Sadly, Democrats won’t accept the rule of law if it doesn’t end in their favor. 2/3

This caught the attention of Wallace, who had also derided the media for calling the election in favor of Joe Biden, leading him to call for Mississippi’s departure from the rest of the nation.

“We need to succeed [sic] from the union and form our own country,” Wallace responded in a since-deleted tweet that clearly misspelled the word “secede.”

Law&Crime reached out to Wallace to learn more about what he meant by the tweet, but we have not yet heard back.

Also on Saturday, Wallace appeared to claim that President-elect Biden and Vice President-elect Kamala Harris were planning to come after his guns, after writing “when you pry them from my cold dead hands.”