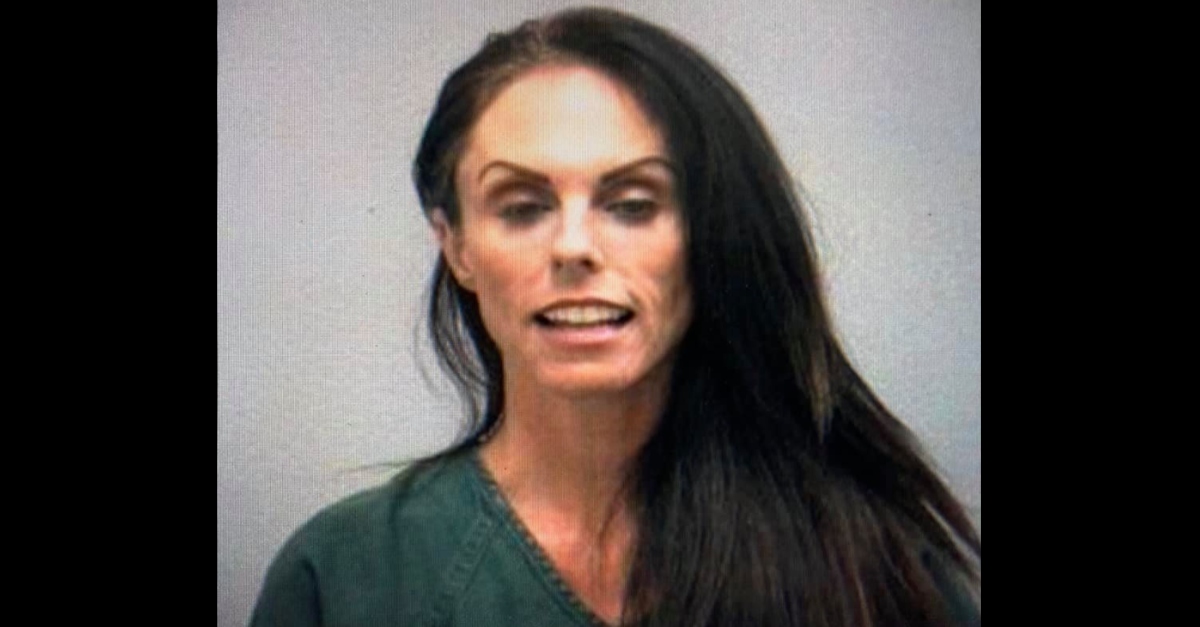 A woman violated Florida Gov. Ron DeSantis’s (R) new stay-at-home order, and suggested her pending COVID-19 test would return positive, according to police in Stuart, Florida. Melissa Barton-Schmitt was arrested one a count of disorderly conduct, and alleged violation of Executive Order 20-51 Section 7.

She filmed herself taking a walk in downtown Stuart on Wednesday and streamed it on Facebook Live, cops said. In the video, the suspect said she had been tested for COVID-19 but hadn’t received the results yet, according to authorities. Barton-Schmitt allegedly wrote in one of her posts that she thought it would come back positive.

“In one of her posts, she discussed how she believed her test would come back positive and people should remain in their homes to stay safe,” police wrote.

People who knew Barton-Schmitt saw this and the Facebook Live video, so they told cops, according to police.

From the Stuart Police Department:

Police were called and responded to the area. When officers arrived, Ms. Smith became agitated and began to cause a disturbance. She told officers that she was tested eleven days ago and has not yet received results.

Officers said they only discussed her private medical information because Barton-Schmitt already waived her right to privacy by posting about the information on social media.

Records viewed by Law&Crime show no lawyer for Barton-Schmitt. A Martin County Sheriff’s Office filing shows that she refused to apply for a public defender.

Under section 7 of the executive order, the Florida Department of Health has the authority to make sure that anyone meeting the Centers for Disease Prevention and Control’s definition of a person under investigation (PUI) are isolated or quarantined for 14 days or until they test negative for COVID-19.