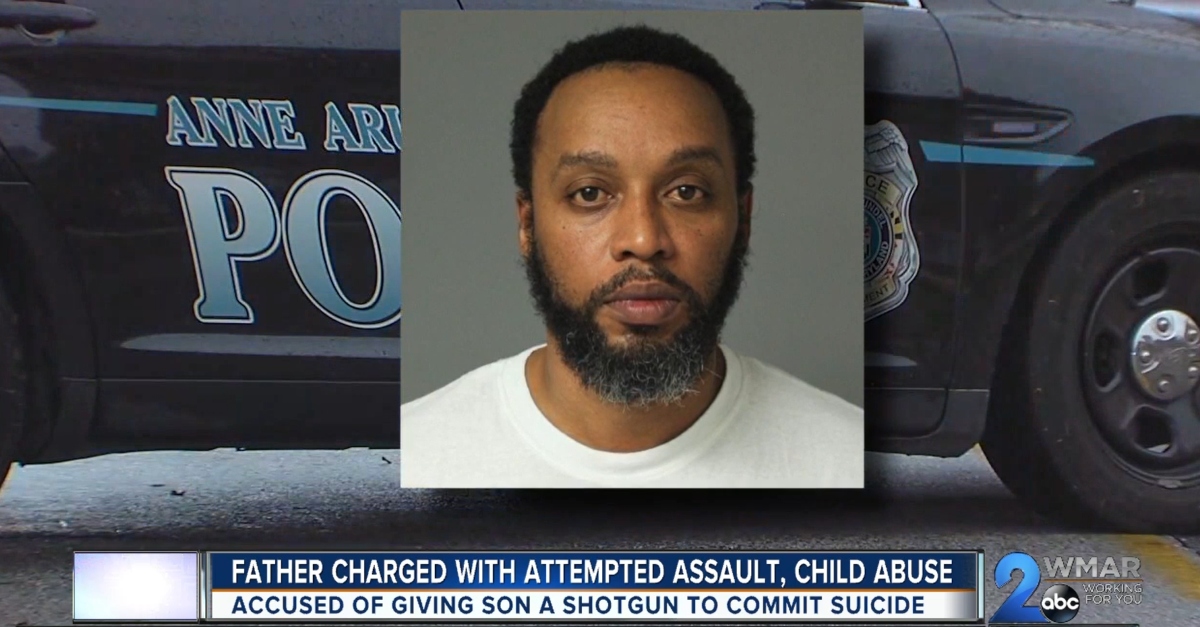 A Maryland man faces charges after allegedly telling his teenage son to die by suicide, and physically abusing the boy. Anthony Jerome Lewis, 46, faces charges of assault, coercion, participation and providing the means of assisted suicide, reckless endangerment, firearm use, and child abuse, according to The Capital Gazette.

Officers claimed the 14-year-year alleged victim told them about the allegations. The boy said he told his parents that he had suicidal thoughts. Lewis, however, forced a shotgun between the teen’s legs, shoved the boy’s hands down toward the trigger, and ordered him to “Do it,” cops said.

“End it now,” Lewis said, according to this account. He was allegedly telling the boy to die by suicide.

The teen also detailed other incidents in which Lewis abused him, police said. His father choked him until he saw “weird colors,” hit him with belts and electrical cords, and took him out of school for “homeschooling” in one incident, only to make him do chores.

The boy said he was made to stay in his room in his room when he wasn’t handling chores, police claimed. He had no access to TV, phone, or the Internet, according to this account. The defendant allegedly struck his son at least 20 times during each of the three beatings, according to the documents as reported by WMAR.

Records viewed by Law&Crime no attorney of record, but Lewis was deemed eligible for a public defender. He is being held without bond. A preliminary hearing was held Saturday. The alleged incidents happened over the course of January 19 through June 30, authorities said.