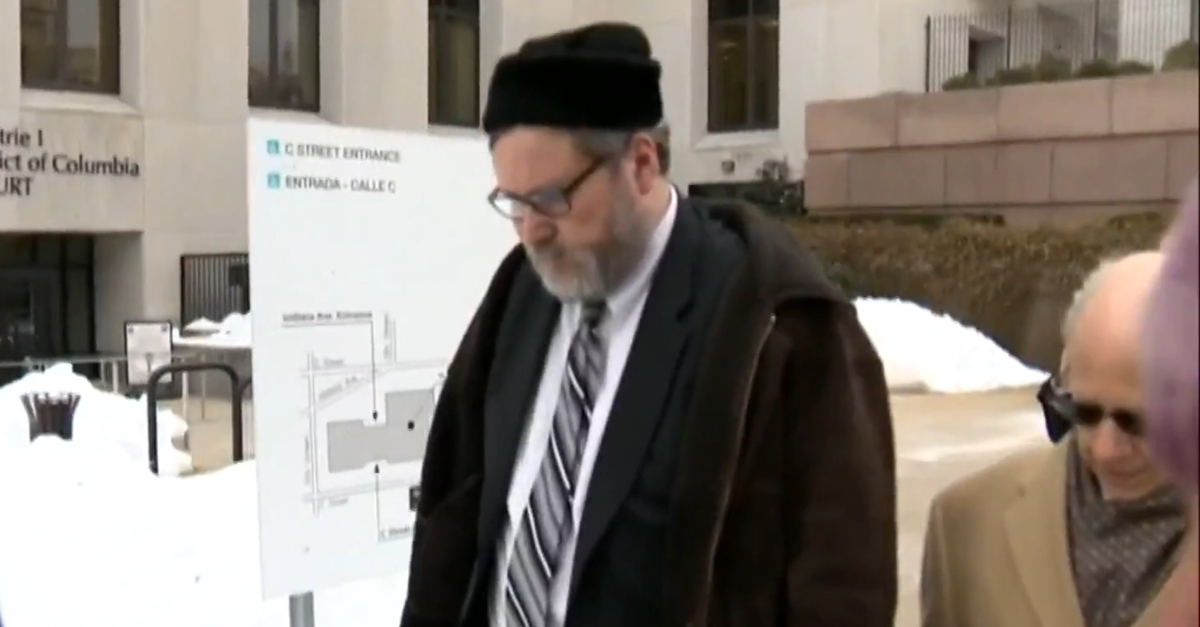 Bernard Freundel, a D.C.-area former rabbi who pleaded guilty to secretly filming women in a ritual bath, was let out of jail two weeks early because of fears over the novel coronavirus (COVID-19). He was already set for release 551 days early on top of that because he repeatedly took a job training class “dozens of times.”

Former Rabbi also got 2 weeks off sentence due to #coronavirus early release for misdemeanor offenders. https://t.co/SVA2zAWUmd

Freundel, who led the Kesher Israel Congregation for 25 years, pleaded guilty in 2015. He admitted to setting up secret cameras in a changing and showering area of The National Capital Mikvah, according to WTTG-TV (Fox 5 DC). He got tripped up when a camera was found in a clock radio.

As part of his plea agreement, he admitted to recording more than 150 women.

Freundel did this at a a ritual immersion bath called a mikveh. From Rabbi Danya Ruttenberg, who responded to the case in a 2014 Forward op-ed:

The mikveh is sacred space. All of it, including the rooms in which women prepare to immerse. The act of preparation is, in fact, part of the ritual. And the profound, complex, and deeply personal feelings that can be part of mikveh immersion can manifest in the preparation room as well as in the water itself.

“This is what I wrote the day he was arrested,” she wrote on Wednesday. “If anything, it’s much worse than we knew then, once the full extent of his crimes were laid bare.”

Prosecutors pushed for about 17 years in prison. The defendant wanted community service. The judge handed down about six-and-a-half years, with a release originally set for 2021. He didn’t have to register as a sex offender.

Bethany Mandel, a conservative political commentator, has identified herself as one of the 150-plus women. She remarked bitterly on news of Freundel’s release.

[Image via screen capture from WJLA-TV.]