Doctor Allegedly Murdered Wife, Once Menaced Her with Scissors and Said He Was ‘King of This Castle’ 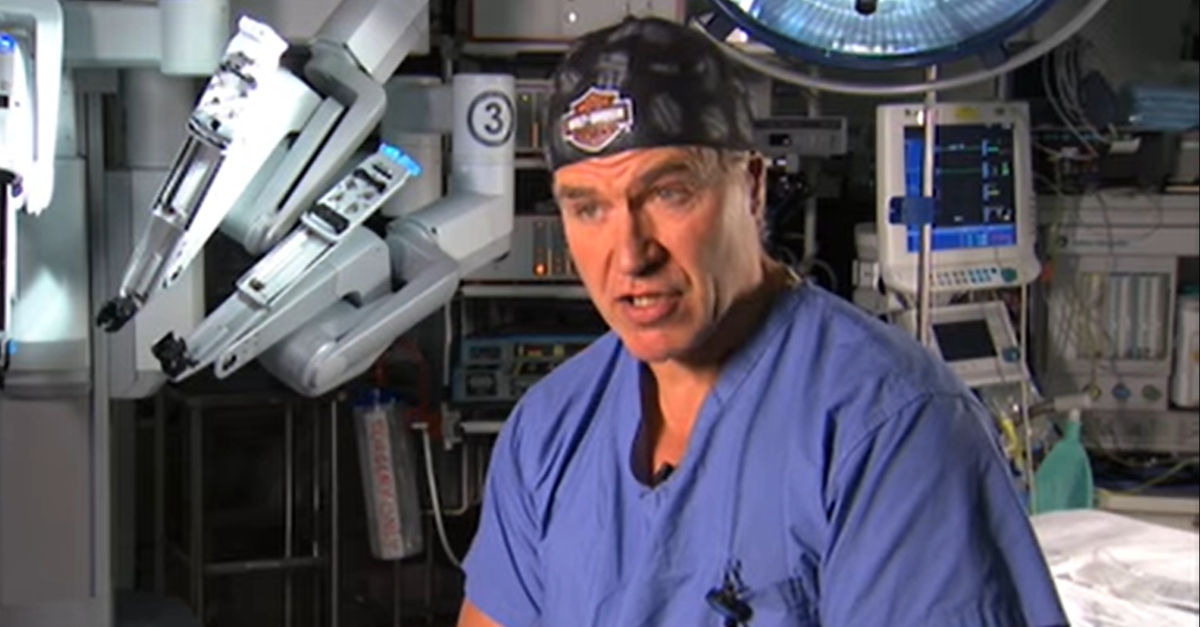 A doctor in Dover, Massachusetts is charged with murdering his wife. The couple had apparently been still together, but previously almost broke up amid a disturbing series of domestic violence claims against the alleged killer. Ingolf Tuerk, 58, is scheduled to be arraigned Monday in a Dedham District Court in the death of spouse Kathleen McLean, 45, according The Boston Globe.

McLean was last seen at her home Thursday, and was found near the residence Saturday night, authorities said. Cops have said they were able to track her remains down using information developed about her possible whereabouts.

Months-old police reports detail a marriage marred by violence. Tuerk allegedly threatened, and beat his wife on multiple occasions, as well as exhibited controlling behavior. For example, in January, McLean told police that her husband picked her up and threw her to the ground so hard that her shoes were knocked off. In a December incident, the defendant allegedly slammed her head into a headboard, and strangled her while covering her nose and mouth.

Another alleged incident involved Tuerk grabbing scissors, and telling his wife that he was “king of this castle.” He said she was just a guest, then cut off a piece of her hair, according to this account. This allegedly resulted in her hand getting cut when she tried to stop him.

McLean ended up asking to clear a restraining order against her husband, and didn’t want him prosecuted. Tuerk would take therapy, and the couple would undergo counseling. She said she did it for the sake of their family.

“I feel safe and would like to bring my family back together with my husband,” McLean wrote in a May 2 court affidavit, just over two weeks ago. “My goal is to salvage our family including reuniting with my husband as father and stepfather to my children.”

Dr. Ingolf Tuerk of Dover is facing murder charges after the Norfolk District Attorney alleges he killed is wife, 45-year-old Kathleen McLean. Neighbors say her body was found in this pond a half mile from their home. Tuerk, a urologist, was taken into custody overnight. #wcvb pic.twitter.com/dXnNUtH99c

This happens amid Tuerk’s recent unemployment, in a February 3 police report, she said he’d lost his job, and was just sitting around the house. He’d formally lost his job with Steward Medical Group in February, said an executive.

An attorney for the defendant declined to comment in that article.

Last November, the defendant was ordered by the state attorney general to pay $150,000 to sort out claims that he’d falsely billed Massachusetts Medicaid program.