‘Doctor Love’ Arrested Once Again, This Time for Fraud and Grand Theft 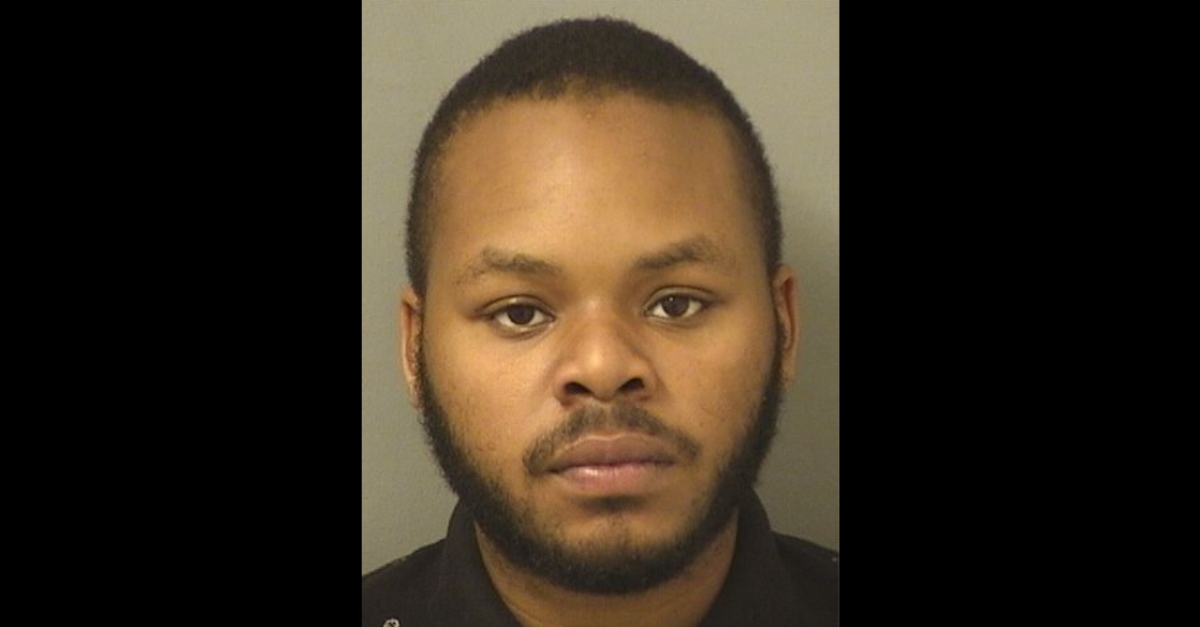 “Dr. Love” is ringing in the new year with more of the same.

Malachi Alexander Love-Robinson, 23, whose story Law&Crime has followed for several years, finds himself in even more legal trouble for allegedly defrauding his employer. The allegation is that he directed money meant for the company instead put in his personal account. Records show he was booked into the Palm Beach County jail on Thursday night.

Love-Robinson is best known as the teenager who was charged in Florida for presenting himself as a real medical doctor. While that case was pending, he was accused of trying to cheat an older woman into buying him a Jaguar in Virginia.

Though he initially fought the claims–he once stormed out of a Good Morning America interview under point-blank questioning–the cases did not go his way.

Records show the defendant pleaded guilty in Virginia to a count each of making a false statement to obtain credit, and uttering (a kind of forgery charge). The judge suspended 9 years of a 10-year sentence, but the doctor-related case was waiting for him in Florida, where he pleaded guilty. He was sentenced to three years and six months in prison for charges including grand theft, fraud-related counts, and practicing medicine without a license. The defendant was ultimately released in September 23, 2019.

The new allegation fits the fraud-based pattern of Love-Robinson’s court history. Indeed, the claim surfaced mere months after he stepped out of custody in Florida, according to details described in an arrest affidavit obtained by Law&Crime.

In this case, the owner of United States of Freight, a shipping broker, reported to Delray cops on March 6, 2020 that the defendant, a contracted employee, rerouted business payments to personal accounts, authorities said. Normally, customers pay the company directly, and the company then pays a commission to the representative who brokered the deal. Love-Robinson was described as a representative.

The defendant is accused of having a total of $9,430 rerouted to him from five customers. Amounts ranged from $105 up to $2,750, police said. Under his instruction, four customers sent money to Love-Robinson either through PayPay or Venmo, cops said. The defendant allegedly texted a fifth to send her payment to a business by the name of “National Logistics Division LLC,” officers said. Authorities claim this business name was registered to the defendant.

On top of that, Love-Robinson was paid a total of $699.81 in commissions for these jobs, cops said.

According to the affidavit, police said they had “negative results” in reaching Love-Robinson, but the complainant gave them screenshots of text messages in which the defendant wrote that he “fucked himself,” that he “can’t say how truly sorry” he was, that he is “doing everything [he] can to make it right,” and “I don’t want to go to jail.” Other communications allegedly asserted there were refunds sent to the company, but the owner said he did not get that money back.

Love-Robinson is charged with a count each of grand theft, and organized scheme to defraud less than $20,000. He bonded out of jail on $2,000. There is no attorney of record.