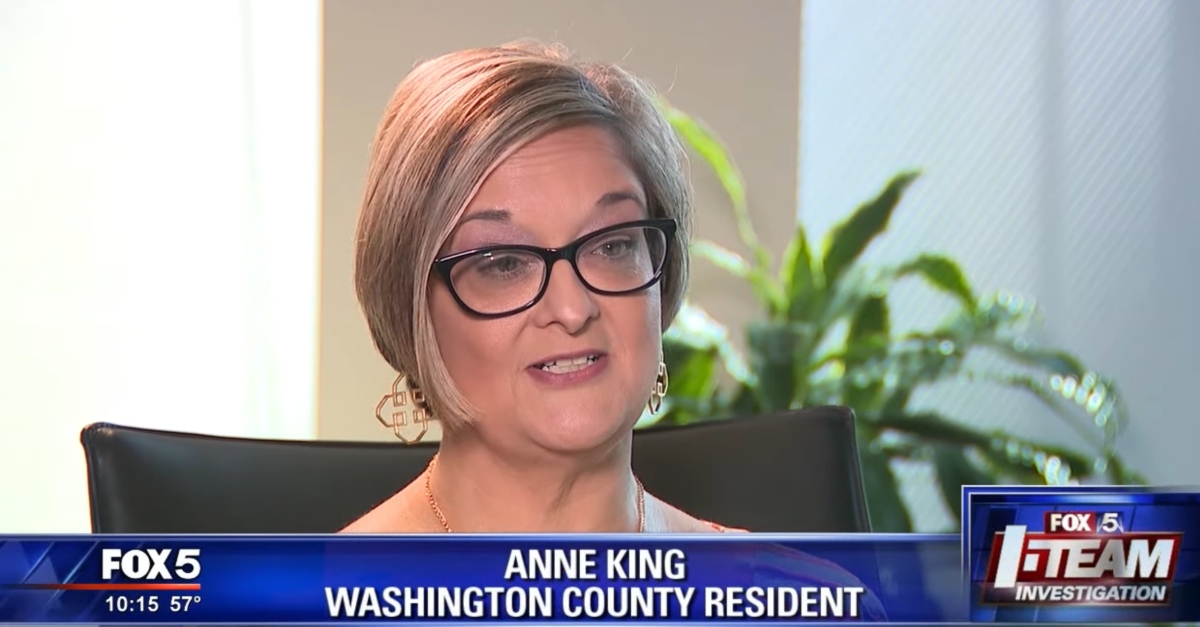 Anne King is $100,000 richer. The Georgia woman reached a settlement this month after she got jailed for criticizing her deputy ex-husband on Facebook.

“I felt small and helpless,” King said, according to Fox 5 Atlanta. “And now I feel–I’m a giant now.”

The settlement included an apology letter from her ex-husband, Washington County Deputy Sheriff Corey King, and the other law enforcement official who played a part in the incident.

“We apologize for the pain caused and time wasted including Ms. King being charged and arrested with respect to what was really a personal dispute that should have ended without the involvement of the courts,” they wrote.

That personal dispute was a spat over household pain relievers.

“That moment when everyone in your house has the flu and you ask your kids’ dad to get them (not me) more Motrin and Tylenol and he refuses,” she wrote, in a post that she tagged “feeling overwhelmed.”

Perhaps the defendant wouldn’t have had a case–if it were four decades ago. The state criminal defamation statute was struck down in 1982. Citing federal case law, the Supreme Court of Georgia determined that the law was “vague and overbroad” under both the First and Fourteenth Amendments.

Anne King shouldn’t have been locked up over a defunct law, but too little, too late. Though the charge was eventually dropped, she spent five hours in jail. She also claimed that her husband arrived to stare at her through the cell door. Susan Hines, a friend who wrote in support of King, was also arrested.

King sued. Todd, who did not go to law school, had civil immunity, but a federal court determined that Corey King and his fellow law enforcement official Capt. Trey Burgamy were fair game for the lawsuit. In depositions, the officials said it was the judge’s decision to arrest King. Corey King insisted in court documents that he didn’t feel that his wife’s statement about him wasn’t about what he’d do and had done for his children, according to The Atlanta Journal-Constitution in 2018.

The ex-husband and Burgamy still work for the Washington County Sheriff’s Office, but Anne King doesn’t want him to lose his job, so he can still help support their children.

I’m so thankful for everyone that supported me through this. 💞 https://t.co/L6fPvKDaP2