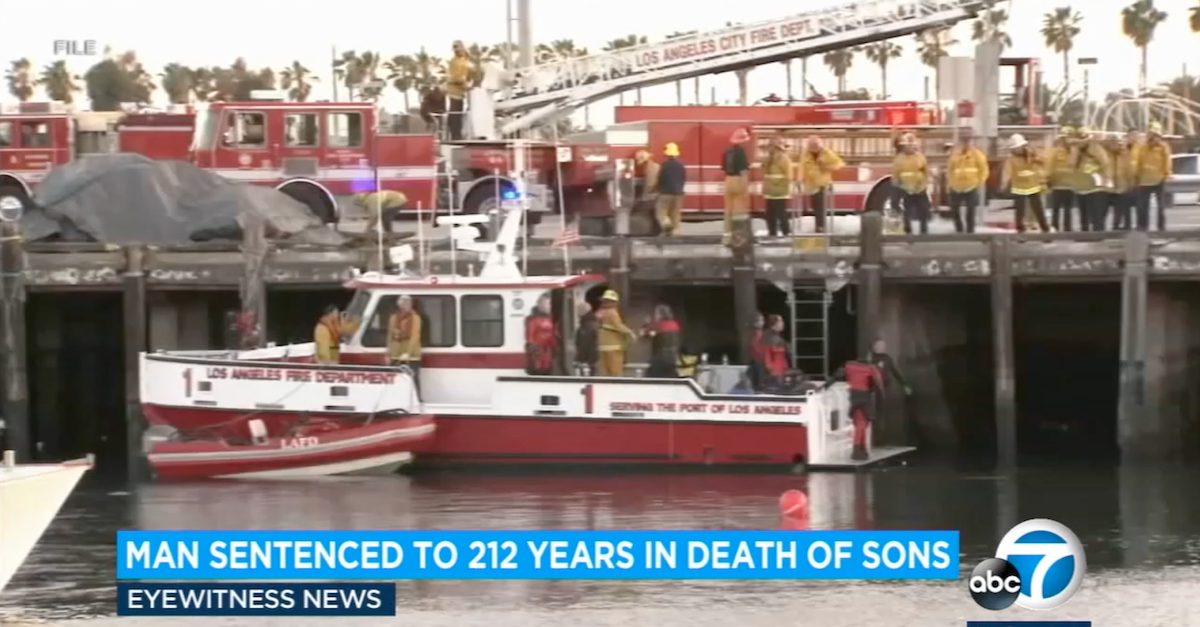 A “brutal killer” was sentenced to 212 years in federal prison on Thursday for his plot to kill his family and to collect the life insurance money which flowed from the deaths of his sons. Now that federal prosecutors have secured that sentence, local officials in Los Angeles say the defendant, Ali F. Elmezayen, will finally face murder charges in state court over the deaths of his sons Abdelkrim, 8, and Elhassan, 13, and an attempted murder charge for trying to kill their mother.

Authorities said that Elmezayen spent years physically and emotionally abusing his ex-wife and neglecting his kids. He then purchased $3.4 million in life insurance policies on his wife and kids despite reporting income of approximately $30,000 per year. He waited two years in an attempt to make sure the insurance companies would not investigate his claims, then drove his family into the ocean off a wharf at the Port of Los Angeles on April 9, 2015.

Elmezayen swam to safety. His then-wife, who did not know how to swim, survived with the help of a nearby fisherman. Abdelkrim and Elhassan remained strapped into the vehicle and drowned. Federal authorities described the boys as “severely autistic.”

According to charging documents obtained by Law&Crime, Elmezayen lied to police by telling them he did not have life insurance policies on the boys. He collected $260,000 from accidental death policies between February and May of 2016, authorities said.

The plot was apparently in the works for quite some time. Authorities said that Elmezayen called insurance companies in 2014 and 2015, at times pretending to be his wife, to ask about time periods during which the companies would investigate the circumstances surrounding any claims made on the policies.

“He is the ultimate phony and a skillful liar . . . and is nothing more than a greedy and brutal killer,” U.S. District Judge John F. Walter said in court on Thursday. “The only regret that the defendant has is that he got caught.”

Walter called the defendant’s plot an “evil and diabolical scheme.”

It’s a scheme for which local prosecutors want to punish him further. They charged him with murder in 2019 but held off on the case because of the pending federal matter.

“The case is currently pending,” Los Angeles District Attorney spokesperson Greg Risling told Law&Crime in an email. “A bench warrant has been issued and our office is evaluating the next step.”

Murder has no statute of limitations under California law. Mail and wire fraud have five to ten year statutes of limitations depending on the institutions affected.

Here in LA, we are seeing a backlash against reform fueled by conservative media, law enforcement unions & other “tough-on-crime” types.

From fear mongering to scare tactics, we are watching history repeat itself.

But this time, reform will prevail. https://t.co/wH32vnk7y8