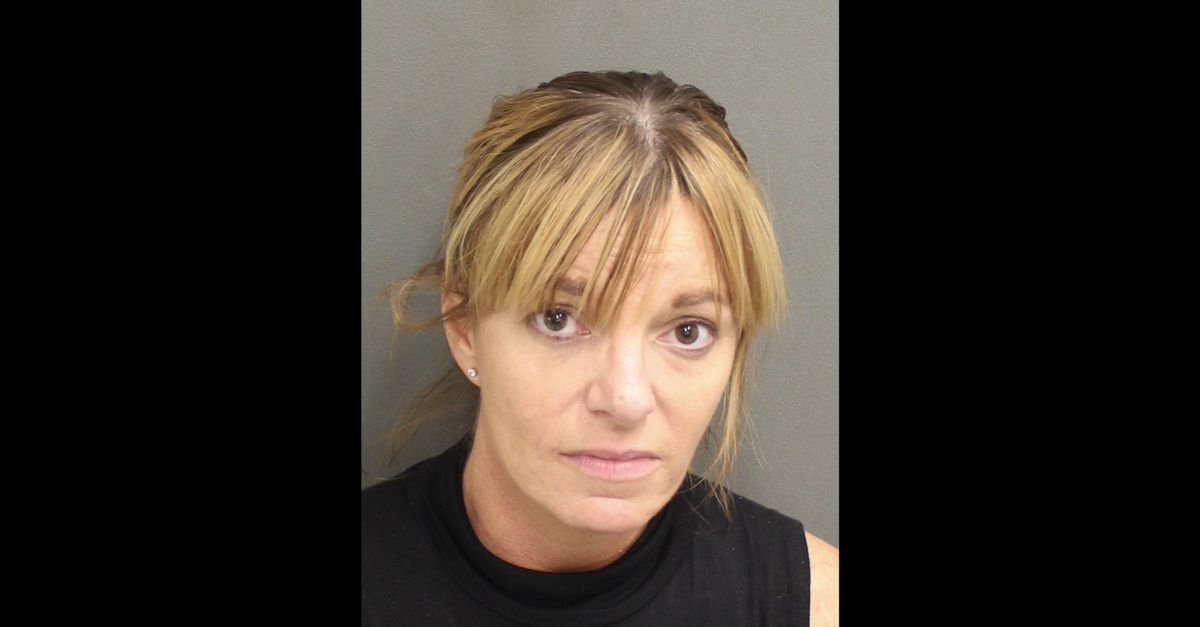 Raegan Yunger is currently a member in good standing with the Florida Bar. She is currently eligible to practice law. And she’s going to be arraigned on a first-degree murder charge later this month.

The 42-year-old lawyer was arrested on Thursday after a lengthy investigation into a Nov. 3, 2020 shooting at a Sheraton hotel in the Orlando suburb of Maitland, Fla. The incident, police now say, is believed to have stemmed from a drug deal gone bad.

According to the Orlando Sentinel, the identity of the victim is being kept under wraps and the Maitland Police Department has not offered many details—and didn’t even send out an initial press release—regarding the shooting or the local attorney implicated.

Court documents note that Yunger was indicted last week before finally being arrested by Orange County deputies who spotted her outside of her law office on Thursday carrying a “cumbersome amount” of bags allegedly containing laptop computers, cellular phones, a wallet, a pistol and 2.1 grams of methamphetamine.

The report by Cristóbal Reyes details her arrest:

Yunger was stopped as she tried to leave the parking lot in a Honda Civic driven by another person, who was later arrested for meth possession but wasn’t booked in the Orange County Jail, according to jail records.

Police have not said whether the gun found in the car, which was kept by the Sheriff’s Office for “further processing,” is the one used in the shooting.

Deputies said they were surveilling her office Wednesday when they witnessed her loading several bags into a white Honda Civic with Tennessee plates.

Just before the car pulled away, deputies approached the vehicle and arrested Yunger, records show. Investigators searched the car and said they found a 9 mm handgun, 3 pipes with methamphetamine residue on them and 2.1 grams of meth, along with various electronics, a scale and some of the attorney’s case files.

The attorney was long suspected to be involved in the late November murder but was only initially slapped with three of the four drug charges—she was quickly identified as a suspect and originally arrested on November 10, 2020. She quickly bonded out on the first charges. The second methamphetamine possession charge only came in light of Thursday’s alleged discovery.

Yunger attended the Stetson University College of Law, which was the first law school established in the Sunshine State since being founded in 1900. Traditionally Floridian to its core, the locally esteemed law school is located in an historic resort hotel.

According to her Bar profile, Yunger is a member of the criminal law section—which means she has expressed an interest in learning about Florida-centric criminal law precedential decisions from state courts, criminal law updates from the state legislature and similar news. The attorney’s LinkedIn profile, however, notes that she is a “Insurance Coverage and Commercial Litigation” attorney.

Yunger is currently being held in the Orange County Jail. She is scheduled to have her first court appearance on March 22.