Despite Order on COVID-19, Judge Issued Arrest Warrants for People Who No-Showed Court 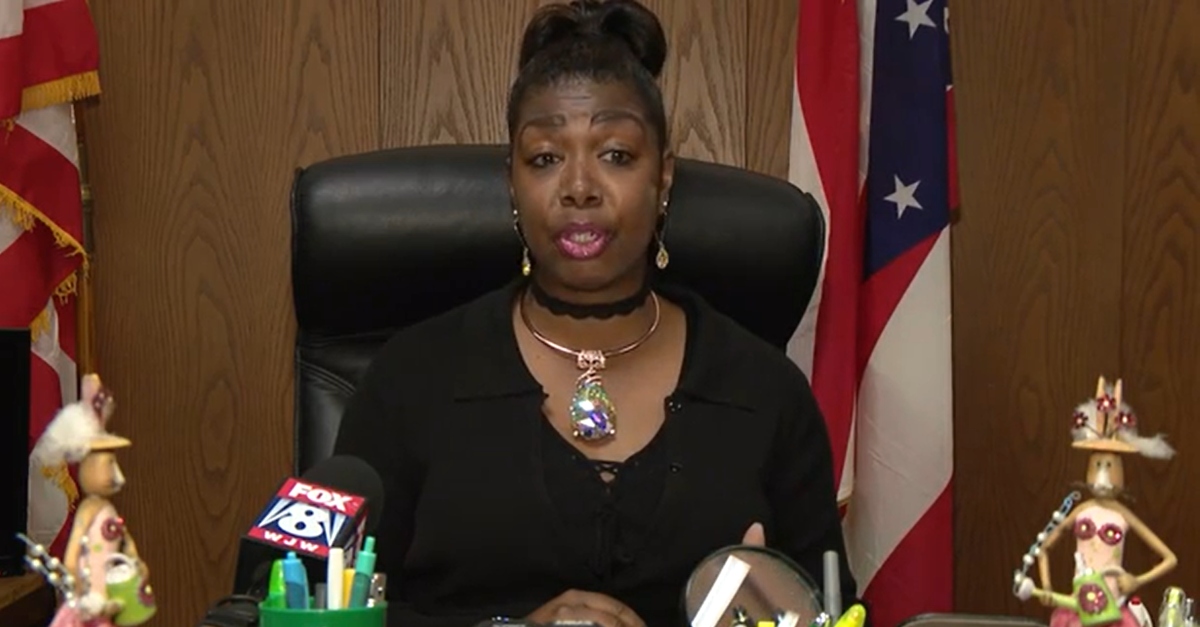 An Ohio judge is in trouble after video showed her snubbing an administrative order, which postponed hearings for defendants who weren’t in jail. She continued to issue arrest warrants for 33 individuals who no-showed court, even though they weren’t supposed to show up in the first place, according to a cleveland.com report. The county’s public defender issued a complaint over this, and now the state Supreme Court ordered Cleveland Municipal Court Judge Pinkey S. Carr to stop hearing criminal and traffic cases for the time being. She has until Tuesday to issue a formal response.

The roots of this story were from March 13. Amid concerns for coronavirus (COVID-19), Cleveland Municipal Court Administrative Judge Michelle D. Earley issued an order postponing hearings for defendants who weren’t in jail. Here’s how the press release phrased it:

In an effort to prevent “community spread” of the coronavirus and for the safety of the people who appear before the General Division of the Court and our employees, the Court is rescheduling all non-jail criminal/traffic hearings (including all arraignments, trials and pretrials) and all civil matters for the next three weeks. (The week of March 16, March 23 and March 30). This directive will reduce the amount of people coming into the Justice Center.

As seen on video, Carr continued to hold people responsible for no-showing court. Footage obtained by Cleveland showed her issuing capias (arrest warrants) and pre-setting bond on Tuesday, March 17. Video depicted her insisting on holding court for any defendants who showed up to court. Assistant Cuyahoga County Public Defender Mark Jablonski asked her if his office could tell their non-jail clients that they didn’t need to go to court.

Minutes later, after he left, she dismissed him as a “little idiot.”

The very next day, the judge issued a denial to outlet WJW, telling them she didn’t issue arrest warrants against people who no-showed court amid the coronavirus order.

“People risked their health to get here, so I was here and held the hearings,” she said. “What are we suppose to do, turn them away?”

Carr told Fox 8 in a Saturday report that she only intended to mark the cases as a “failure to appear,” but that she didn’t realize this would activate an arrest warrant. (It’s worth mentioning she used the word “capias” in her Tuesday hearings.) Earley had stepped in and reportedly recalled the warrants. Carr declined to comment about the Supreme Court’s order regarding her status, saying she hadn’t been served court papers yet.