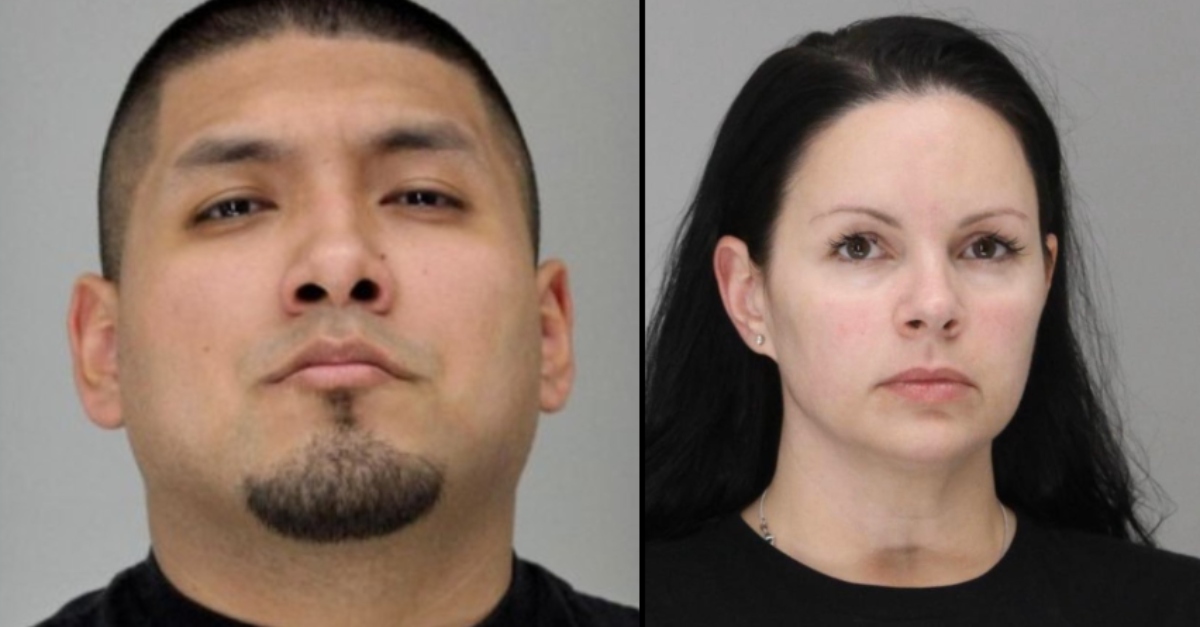 Two Dallas County deputies were arrested Thursday because they allegedly took advantage of a storm-damaged Home Depot, and looted the store. Deputy Joseph Bobadilla and his supervisor, Sergeant Rebecca Evans, were booked into jail on theft charges.

According to CBS Dallas-Fort Worth, the defendants are expected to be fired on Friday. Bobadilla was released from jail on $500 bond. Records reviewed by Law&Crime show that Evans remains incarcerated on the same amount.

Bobadilla was the first one arrested, and his colleagues from the sheriff’s office were seen Thursday raiding his home. Authorities reportedly took a washer, dryer, and microwave from the residence.

Bobadilla has been with @Dallas_Sheriff since July 2014 as a detention service officer, was promoted and graduated deputy academy in Oct 2016 https://t.co/yYw7o9RAiK

Deputies said these items had been purchased with store credit. The problem:

He took items from the store which he would later exchange at another Home Depot location for store credit. He would then buy goods, including appliances, with the credit, according to the Dallas County Sheriff’s Office.

Bobadilla and Evans are accused of stealing from a Home Depot that had been damaged when tornadoes hit Dallas on October 20.

A second Dallas Sheriff’s Office deputy (Rebecca Evans) has been arrested in connection to the looting of a tornado-damaged Home Depot. Tune in to @FOX4 at 5 and 6 as @LynnanneFOX4 will deliver a breakdown of today’s arrests. I’ll have more following Thursday Night Football. pic.twitter.com/7K2vDzjtch

It’s unclear if the defendants have attorneys in this matter.