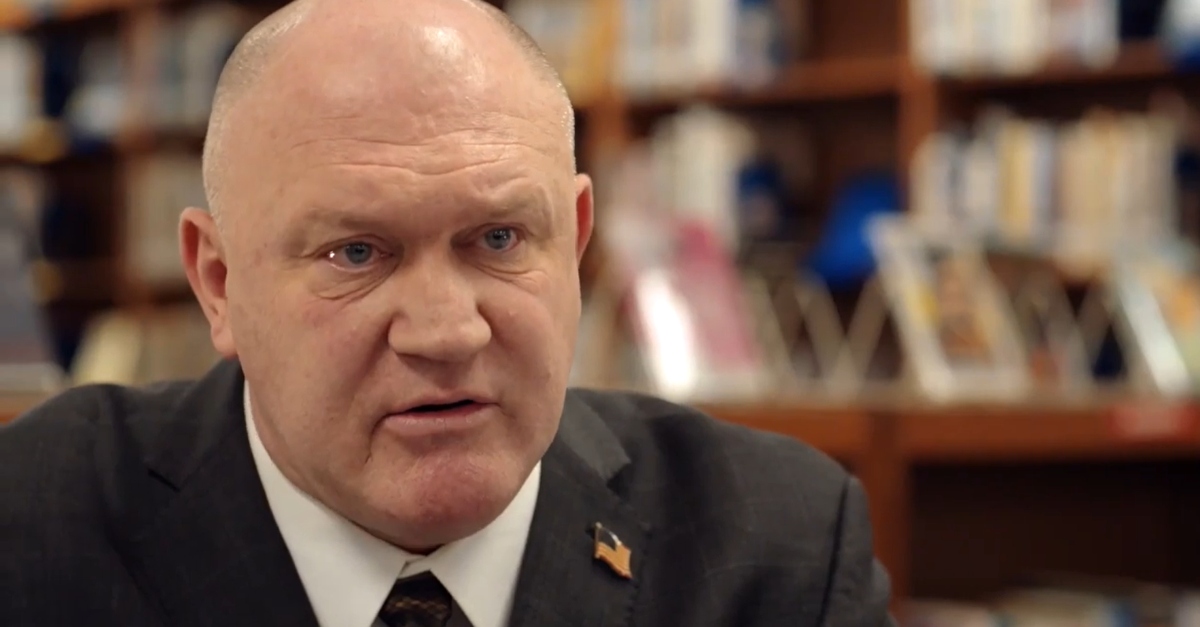 Ron Meer, the Democratic mayor of Michigan City, Indiana, now faces a criminal case. He is charged with intimidation, official misconduct, and false informing “resulting in substantial hindrance to law enforcement,” according to WDNU.

Pretty awkward timing, as there’s an election set for Tuesday.

The situation up in Michigan City is messy, even by the standards of politics. Meer figuratively butted heads with law enforcement after his stepson Adam Bray was arrested during an October 10 traffic stop for allegedly possessing heroine and cocaine. The defendant was also accused of illegally owning a gun because he was prohibited from possessing a firearm due to a felony cocaine conviction, according to The South Bend Tribune.

Meer made allegations that the drug case was politically motivated, and intentionally set to occur before the election. He had supported the incumbent in the Democratic primary last year instead of current LaPorte County Prosecutor John Lake.

The prosecutor insisted that the new charges against the mayor were supposed to be kept out of public eye.

We reached out to the county prosecutor by phone and he told me those records weren’t supposed to be made public. The online docket shows the files were sealed earlier this week and were just unsealed this afternoon.

Police Chief Mark Swistek resigned at the end of October, saying Meer told him to back  the department out of the LaPorte County Drug Task Force. This was the unit that arrested Bray.

Meer apologized for his statement to the now-former chief.

“I did not mean what I said to Chief Swistek and I had no intention of reassigning any officers on the LaPorte County Drug Task Force or withdrawing the cooperation and participation of the Michigan City Police Department on said task force,” he said, according to the Tribune.

Update – Nov. 2, 7:27 p.m.: Updated to reflect that Meer responded to our inquiry, and directed us to his attorney.

Nov. 3, 11:20 a.m.: Meer lawyer Scott King said Sunday that they’re asking for a special prosecutor be appointed in this case.

“My preliminary review of the charges demonstrates that they are poorly drafted and, I believe, subject to a Motion to Dismiss as soon as a Judge assumes jurisdiction of this case,” he said in a statement provided to Law&Crime. “I firmly believe that none of the charges can be sustained in court. That said, I am flabbergasted by what appears to be nothing more (or less) than a political hatchet job by a Prosecuting Attorney that was not politically supported last year by my client and does not support my client now.”

[Screengrab via My Michigan City, Indiana]