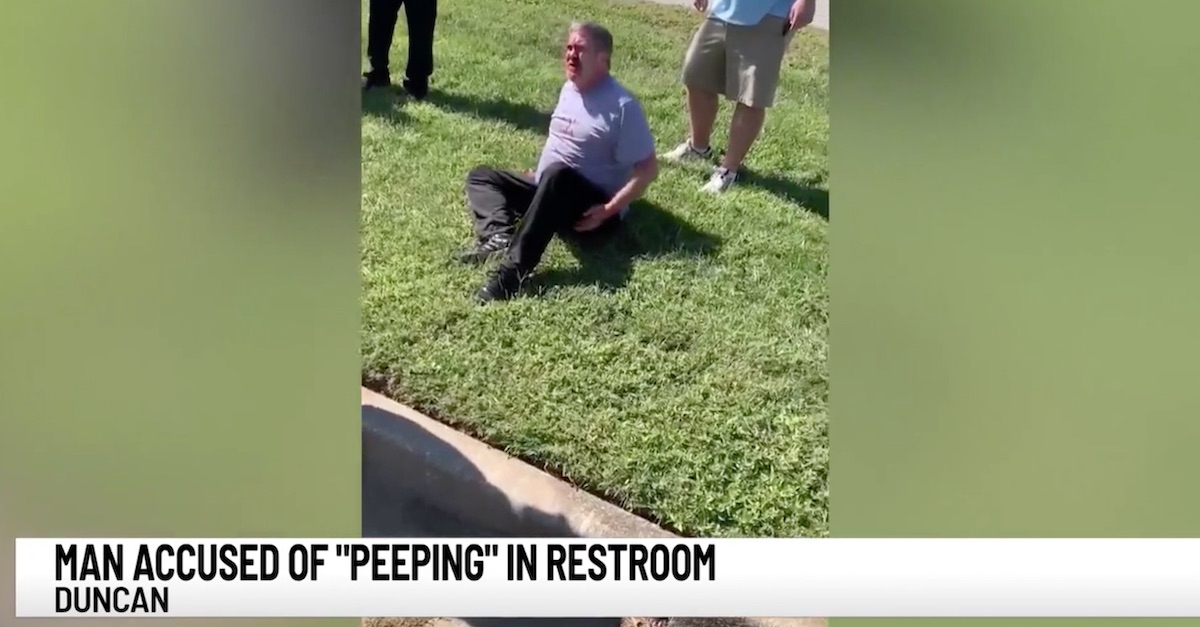 A 53-year-old registered sex offender who has been charged for voyeuristic acts at least eight times in the past was roughed up after being confronted by the father of a 15-year-old girl. Douglas Lane is accused of hiding out in a bathroom stall at a Cracker Barrel restaurant in Duncan, South Carolina in order to ogle unsuspecting girls.

Duncan Police Chief Carl Long said that the 15-year-old girl sensed something move at her feet and then spotted Lane looking at her from underneath the bathroom stall walls on Sunday.

According to WSPA, the girl immediately told her dad what happened and the two of them asked a woman who worked at Cracker Barrel to get Lane out of the bathroom. Other girls were reportedly in the bathroom at the time as well.

Police say that the girl’s father then confronted Lane, who is from Charlotte, North Carolina. An unnamed witness said Lane “came running, sprinting out the front door with a very bloody nose.” Lane’s troubles did not stop there, video recorded in the aftermath of the confrontation(s) show:

WYFF reported the several parents who were in the area for a girls softball tournament restrained Lane until police got the scene. A witness said he saw a “lot of good guys” take down Lane as he tried to run away. 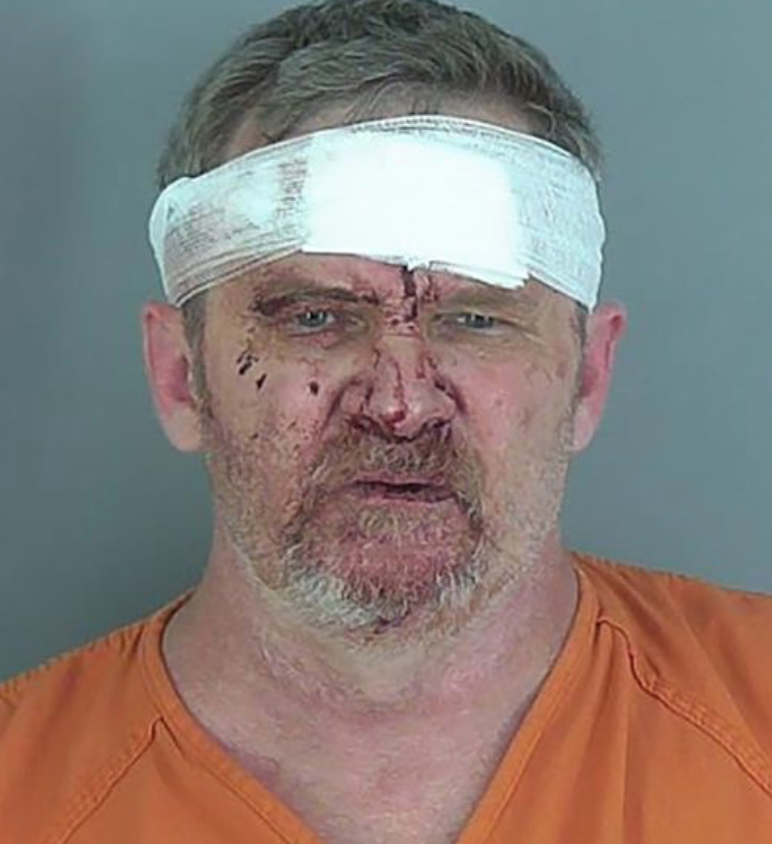 Lane was charged for possession of marijuana, drug paraphernalia, and voyeurism. During a bond hearing on Monday, Lane claimed that he’d made an innocent mistake—namely, that he didn’t immediately realize that he was in the women’s bathroom.

The judge ordered Lane, a North Carolina resident, to stay in South Carolina under home detention and be subject to GPS monitoring. Lane is scheduled to appear in court on Nov. 12. It’s not immediately clear if he has an attorney of record.