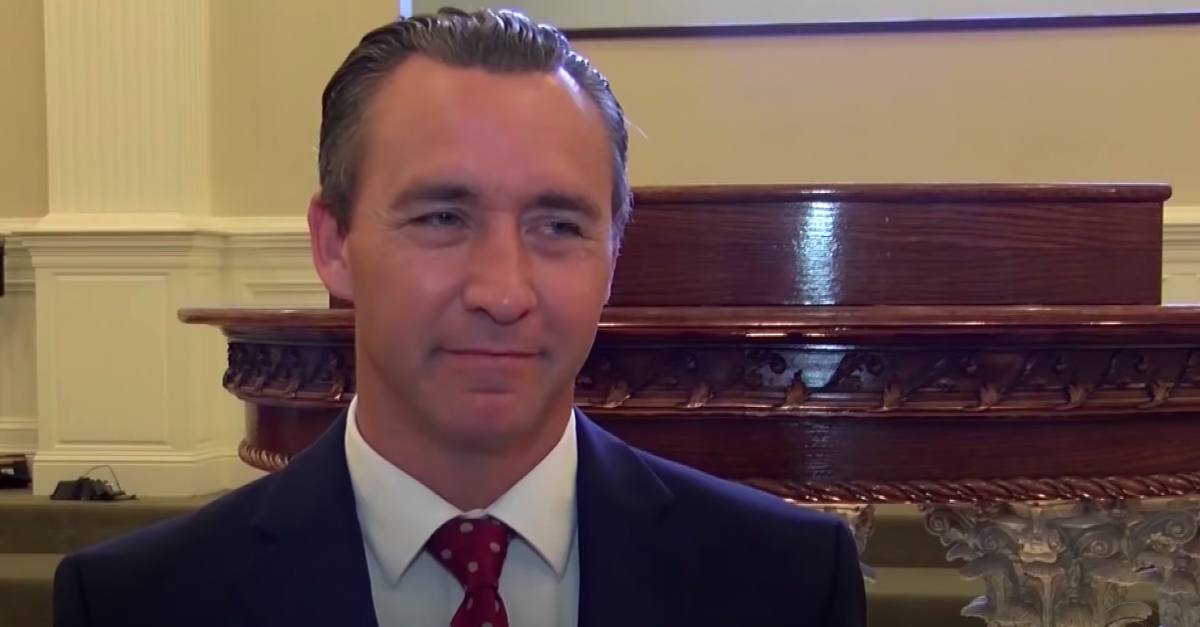 A Pentecostal megachurch preacher in Louisiana who was charged with repeatedly violating the state’s pandemic mask mandate was not permitted entry to his own court hearing on Tuesday after he again refused to wear any kind of face covering.

Pastor Tony Spell of the Life Tabernacle Church was forced to wait outside the courthouse while his attorney entered a not guilty plea on his behalf to six counts. The charges were for violating Gov. John Bel Edwards’s (D) stay-at-home order in late March and early April by hosting large indoor services at his Baton Rouge church. Spell was surrounded by a few dozen supporters as he waited for his hearing to conclude, as seen in a video posted by WBRZ’s Nadeen Abusada.

The hearing for the Central Pastor that refuses to abide the Governor’s orders, Tony Spell has been set for January 25th. Spell was not allowed in the courthouse because he refused to wear a mask. So his attorney entered while he stood outside with his supporters. @WBRZ pic.twitter.com/IY4AZBw3zj

“We were refused access – entry – into the 19 JDC [Judicial District Courthouse] because of the unlawful, unconstitutional mask order,” Spell told Central City News after being denied entry. “We’ve already said that there are grave psychological effects that come a society who obey unlawful orders for no reason at all. What are we saying to our children who follow these orders that have no reverence.”

Spell, who said he was standing up for religious freedom, erroneously claimed that there is no scientific proof that masks reduce the spread of the virus – a myth that has been overwhelmingly debunked by doctors and scientists.

“They’re not relevant – there’s no science behind the masks. So, we’re standing by our religious conviction. We’re not gonna put on the mask. Therefore, we’re gonna await to see what the judge says about me not going into her courtroom,” he said.

Because Spell was only charged with misdemeanors, he was not required to personally appear before District Court Judge Bonnie Jackson on Tuesday.

Spell’s continuing to hold packed church services—despite health rules limiting such gatherings to 10 people—led to several encounters between the pastor and state authorities since the pandemic began. In April, a coroner said that one member of the congregation died of coronavirus. Spell said that was a “lie.”

The preacher was also arrested in late April for aggravated assault after a protester alleged that Spell nearly backed the church bus over him outside the church.

Spell was temporarily ordered to wear an ankle monitor that was removed in May, though the aggravated assault case remains pending. Notably, Roy Moore decided to join Spell’s legal team in that case.