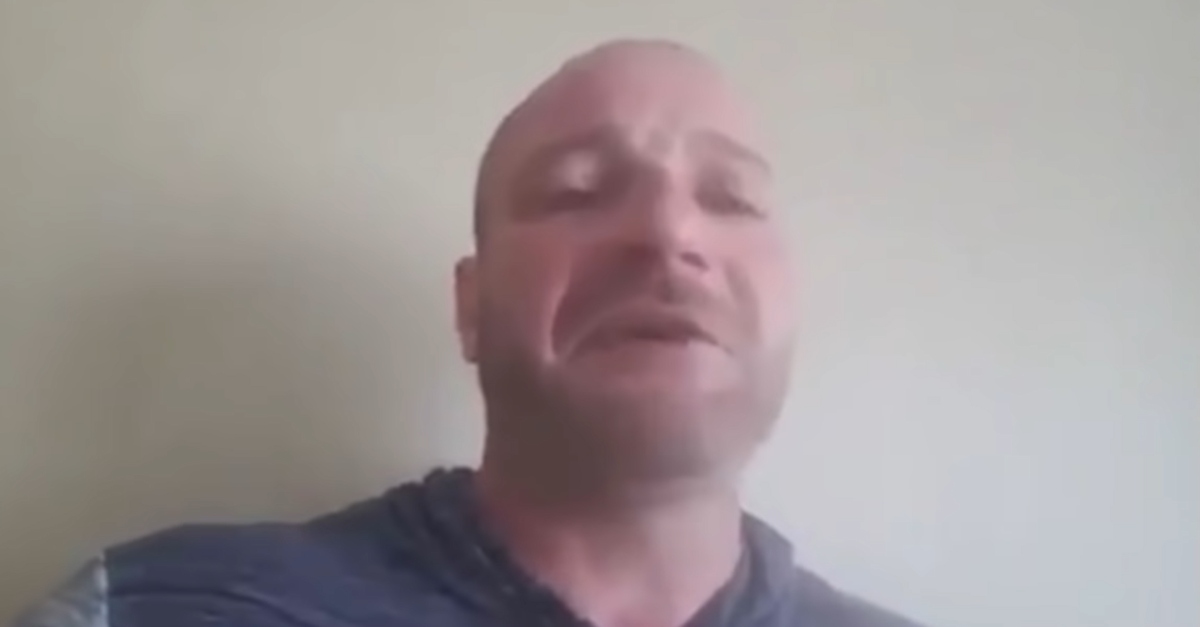 Christopher Cantwell, 40, the New Hampshire white supremacist better known as the “Crying Nazi,” was sentenced on Wednesday to three years and five months in a federal prison for extorting a rival and threatening the man’s wife in an attempt to get the real name of another individual. He reportedly cried during the hearing.

“Threats to commit violence have no place in our society,” said U.S. Attorney Scott W. Murray. “Using the internet to convey threats and extortionate messages can have a serious harmful impact on victims and violates federal law. I commend the FBI and our other law enforcement partners who did an excellent job in investigating this case. They successfully completed a difficult multi-state investigation ensuring that Mr. Cantwell was held responsible for his actions.”

Cantwell was found guilty back in Sept. 2020 for the way he acted amid his feud with the so-called “Bowl Patrol,” an online white nationalist group named after the haircut of racist mass murderer Dylann Roof. In the words of Cantwell’s victim Benjamin Lambert, many members of the group began to think Cantwell was in it for the money and that he did not believe what he was saying.

In court documents obtained by Law&Crime, the group started to make prank calls into the defendant’s online radio show. The calls were meant to cause Cantwell to stop taking listener calls.

“These efforts, a low-tech plan with the same goals as a sophisticated DDoS attack, were intended to flood and bog down the show to make it unsustainable in its existing format,” according to the defense memorandum. This progressed to an ugly feud.

Cantwell contacted Lambert, demanding to learn the identity of the group leader, then known pseudonymously as Vic Mackey. He threatened to, in his words, “fuck” Lambert’s wife in front of the couple’s three kids. 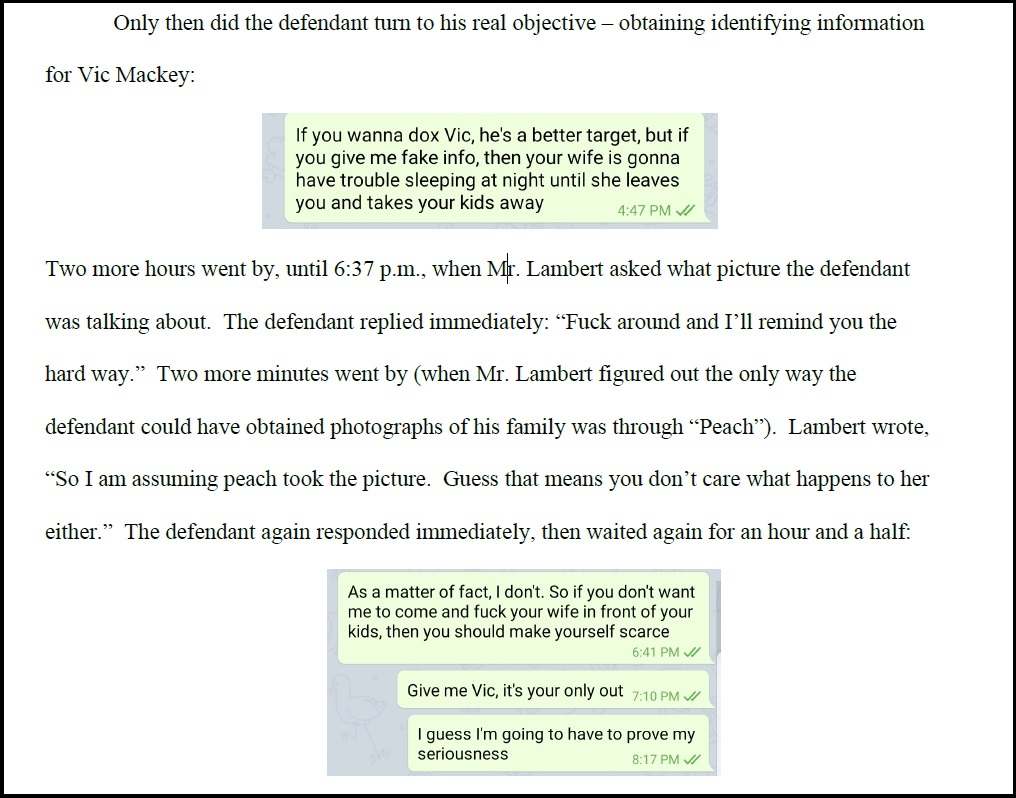 Excerpt from the prosecution’s sentencing memo.

“During the Telegram exchange, Christopher lost his temper when he made the statements that form the basis of these convictions,” the defense wrote. “He made these statements out of anger and months of pent-up frustration with the above-described interactions. He attempted to block “prank” calls by blocking phone numbers, but Bowl Patrol members found workarounds. He reported bad acts by the Bowl Patrol against him to law enforcement and contacted journalists to publicize and dissuade his harassers, but these actions led nowhere. He went public with his report to police, but that led to his public derision as ‘rat’ or a ‘snitch.’ These lawful efforts did not resolve the situation.”

The prosecution dismissed this, saying the defense’s suggested sentence “ignores the gravamen of his offense – that [Cantwell] engaged in a campaign of extortion, that he threatened to rape Mrs. Lambert in front of her three young children, and that he posted photographs of Mr. Lambert’s innocent family members online and called a state agency in an attempt to disrupt their lives.”

The feud alone does not explain what Cantwell did, they maintained.

“That excuse rings hollow,” the prosecution’s sentencing memo stated. “It is certainly true that the defendant and members of the Bowl Patrol engaged in an online feud. But the defendant’s deliberate threats and harassment of an innocent mother and her children in June 2019 cannot be explained or justified by prank calls and memes that had largely ended months before these crimes. The defendant’s offenses were not provoked. And they involved vicious and repeated threats of sexual violence.”

The government asked for 51 months of prison followed by three years of supervised release. In the end, the judge went with 41 months.

Lambert has said he was leaving behind “this dark, hateful ideology and poisonous culture.”

[Screengrab via The Young Turks]