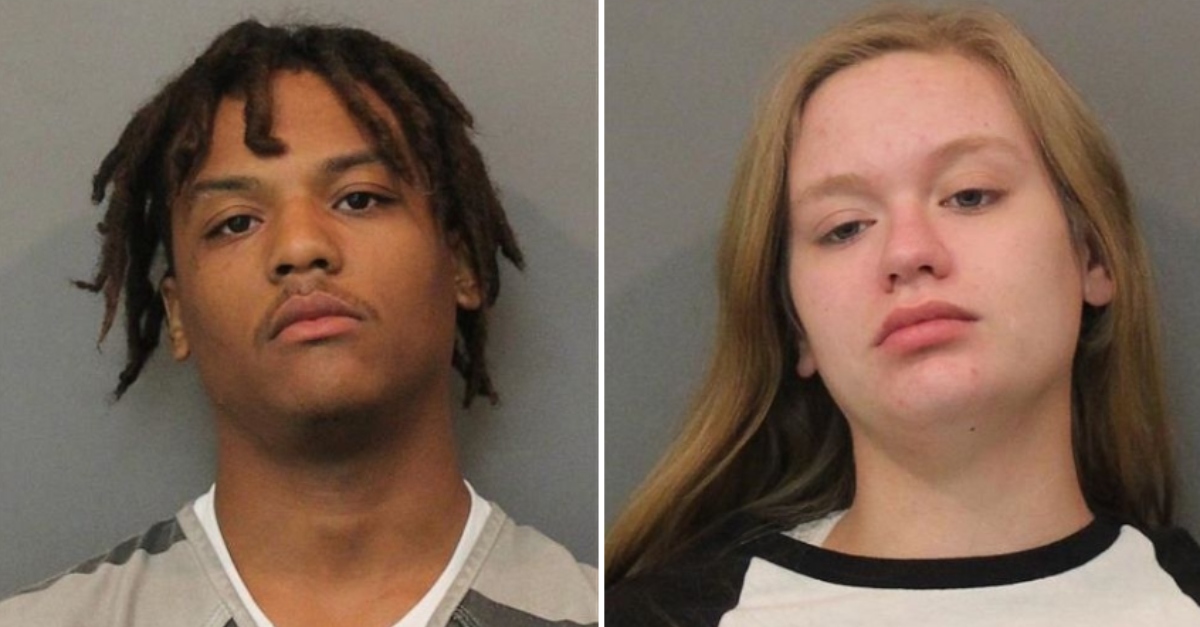 Police in Hobart, Indiana claim a local couple ran twin boys off the road for having Trump flags on their bikes, according to The Associated Press. The incident had been posted to Snapchat, authorities said.

Back on July 22, Kyren Gregory Perry-Jones, 23, and girlfriend Cailyn Marie Smith, 18, were driving out near 8th and Fleming, officer said. They allegedly began following twin boys who were riding bikes featuring Trump flags.

Perry-Jones, the driver, swerved “as if he saw the boys and wanted to hit them with the vehicle,” officers said. He told the boys to go home, cops said. He and Smith began cursing at them, and “pull that flag down,” officers said. On top of that, Perry-Jones threatened the twins for calling 911, and said that if cops asked him about it, he’d say the twins called him a racial slur, police said. (Perry-Jones is black.) The thing is, that threat was caught on video, officers said.

In any case, Perry-Jones chased the boys through yards in his vehicle, a Chevy Malibu, officers said. Smith grabbed their flag, and one of the twins said they chased after the vehicle. The couple finally dropped the flag, but intentionally ran it over before leaving, officers said.

Police said it took so long to bring charges because they were waiting on the video from Snapchat.

Records viewed by Law&Crime don’t name an attorney for Perry-Jones as of Sunday. He is reportedly at large, but his co-defendant is in custody. Smith’s attorney of record did not immediately respond to a request for comment.