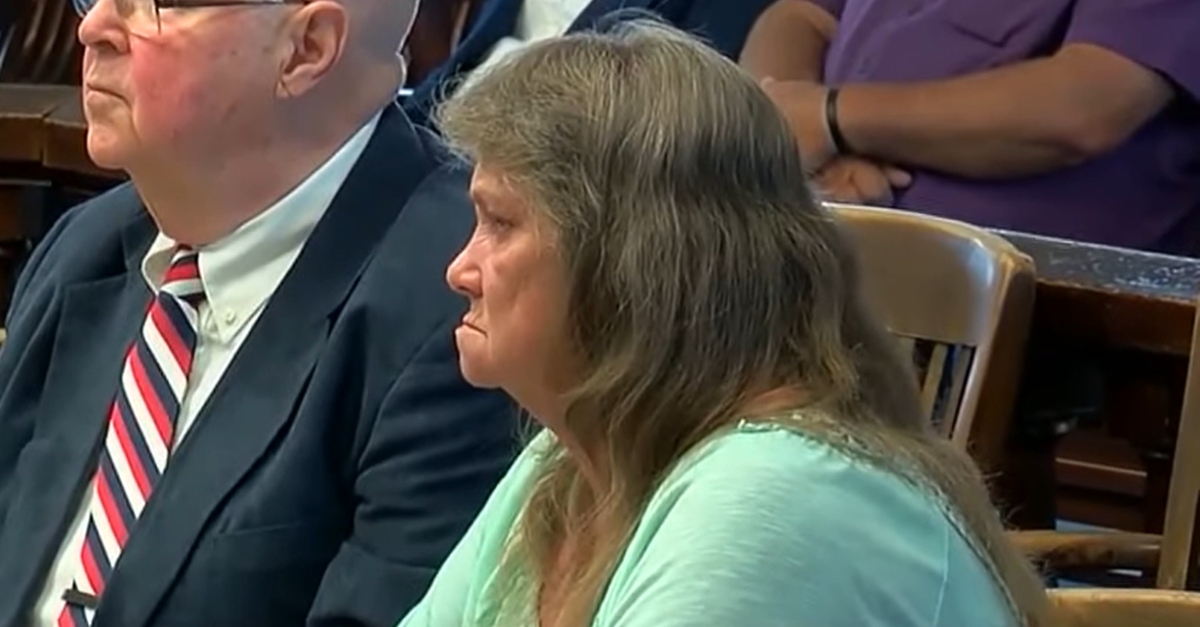 One of the defendants in the mass murders of an Ohio family pleaded guilty on Monday. Rita Jo Newcomb admits to a misdemeanor count of obstruction, but the felony charges of perjury and forgery are dismissed. It remains to be seen what the sentence will be.

Newcomb says no one has threatened her or promised her anything to change her plea. She said: I just felt it wasn’t a Christian thing to lie and I couldn’t do it anymore @Local12

Judge Deering is asking Newcomb a series of questions about her understanding of changing her plea and that no promises have been made to her regarding sentence. Also asking about whether her attorney has explained this to her @Local12 pic.twitter.com/8j7HHuyZ1R

Newcomb was charged in connection to the 2016 murders of eight members of the Rhoden family.

The prosecution’s theory is that these killings were over custody of Hannah May Rhoden’s daughter (the father was Edward “Jake” Wagner, and they had broken up before the killings). He, mother Angela Wagner, father George “Billy” Wagner III, and brother George Wagner IV were charged as the alleged killers. The cases against them are pending. A perjury and obstruction case against George Wagner III’s mother Fredericka Wagner was dismissed in June.

Newcomb’s guilty plea will likely play a role against the active co-defendants. At the very least, it will weigh against daughter Angela Wagner.

Angela Wagner is the suspected mastermind of the Rhoden/Gilley murders. Prosecutors have said the Wagners were “obsessed” with custody and control of children (namely Wagner’s granddaughter, Hanna Rhoden’s daughter) @Local12

Newcomb, a notary, admitted she didn’t sign three custody documents. She had falsely claimed it was her signature after her daughter Angela Wagner asked her to lie, say prosecutors.

The custody/guardianship documents in question granted custody to an individual should the parents of the children die. Those documents, according to the indictment, were signed 19 days before the Rhoden murders. @Local12

The documents appointed a guardian for the daughter of Hanna Rhoden and Jake Wagner and the son of Jake’s brother, George, in the event of their deaths. (Don’t be surprised with the prosecution says Angela Wagner was the appointed guardian on those documents) @Local12