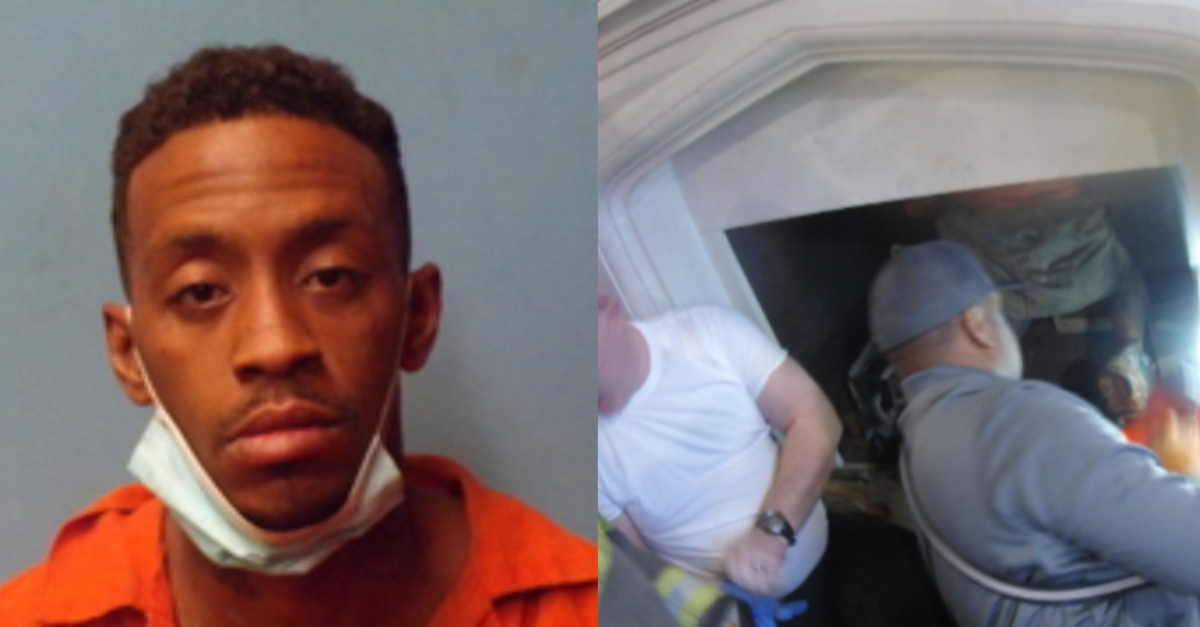 It’s nowhere near Christmas, and defendant Elliott Stewart, 36, isn’t Santa Claus. The murder suspect in Forrest City, Arkansas got stuck in a chimney while trying to flee on Friday, local cops say.

Stewart was booked into the St. Francis County Sheriff’s Office on March 19, according to online records viewed by Law&Crime. Police said this happened after Stewart stabbed Jimmie Rogers, 28. Arriving officers said they saw a man fleeing the scene. The victim was given first aid, but the coroner pronounced him dead at the scene.

Detectives searched for the fleeing suspect. Authorities got a call about a man stuck in a nearby chimney. The caller said he did not know the person stuck inside. You have three guesses to determine who was allegedly caught in there. Police said they figured out it was Stewart. They got help from the local fire department to remove him. He was treated at a hospital, then charged.

Investigators determined Rogers was stabbed at the home of the suspect’s wife. Cops are not leaning too hard on a conclusion, but suggested their preliminary investigation shows this could be an attack “by a husband on a current boyfriend.” Police ask that anyone with information on this contact the Forrest City Police Department, and get in touch with the Criminal Investigation Division.

Stewart is charged with a count each of first-degree murder, criminal trespass, and second-degree criminal mischief, as well as two counts of first-degree endangering the welfare of a minor. He is at the St. Francis County Jail on a $1 million bond.