A 9-Year-Old Utah Girl and Her 4-Year-Old Sister Wanted to ‘Swim in the Ocean,’ So They Grabbed Their Parents’ Car Keys and Drove. They Made It 10 Miles Before Crashing. 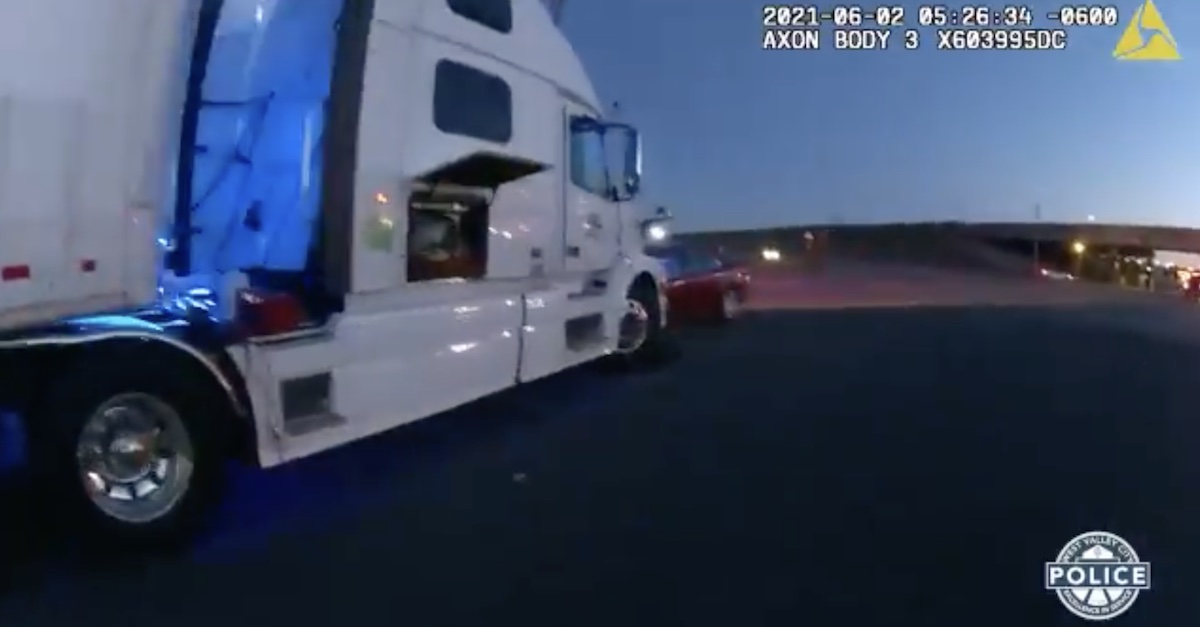 West Valley City Police officers in Utah were in for a “surprise” when they arrived on scene on Wednesday and found that a four-door sedan had crashed head-on with a semi-truck in the wee hours of the morning. The driver was a 9-year-old girl and the passenger was her 4-year-old sister. The two apparently set out on a California vacation while their parents slept, but they didn’t make it very far. This was an incident that could have had a terrible outcome.

Officers got quite a surprise when they responded to an accident this morning & discovered the driver was a 9yo girl. The young girl & her 4yo sister apparently snagged the keys to the family car while their parents were sleeping & set out on their own summer adventure. #wvc pic.twitter.com/evHq3DiBRC

As you can see in the video, one officer arrived on scene, took one look at the young driver and, in disbelief, asked his fellow officer: “She was driving?”

At one point in the short journey, the 9-year-old driver exited a freeway and hit into the semi head-on after “hopping a median.” Police said that the car “suffered serious damage” and “[e]ven the semi had to be towed!” But the young driver and passenger were not hurt. They were wearing their seatbelts. Officers said that the pair “apparently snagged the keys to the family car while their parents were sleeping & set out on their own summer adventure.”

According to cops, the West Jordan, Utah girls actually made it 10 miles from their home, traveling on a highway and freeway in an attempt to make it to California.

“So, what prompted this impromptu trip?” police asked before answering. “The girls told officers that they were headed to California because they wanted to ‘swim in the ocean.’”