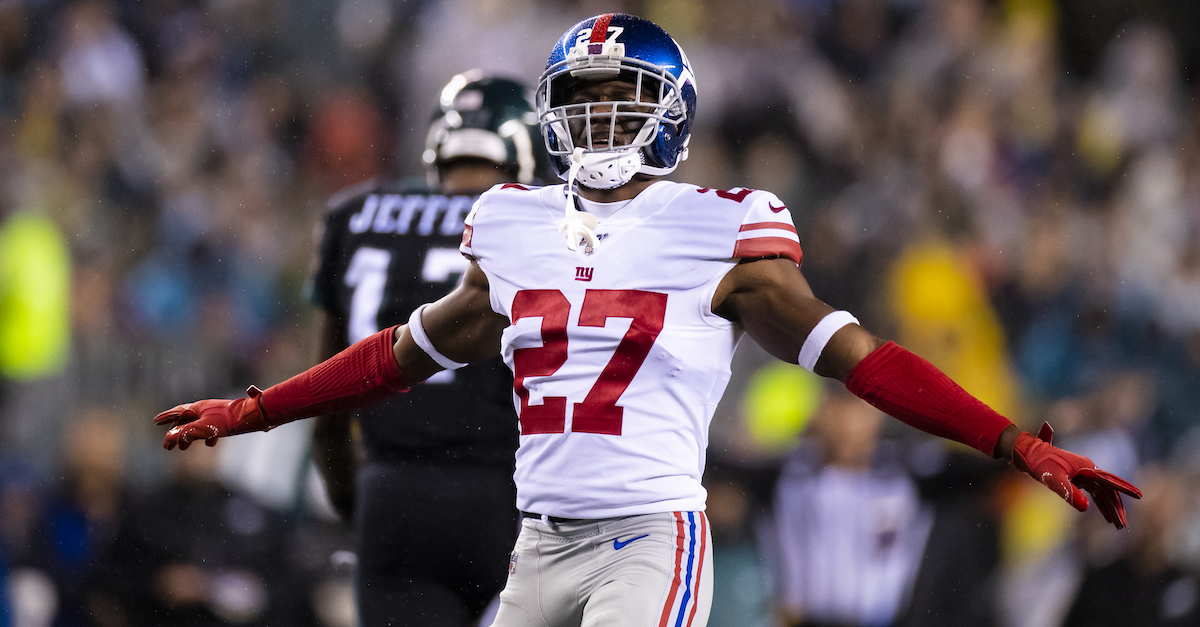 Update, Nov. 16: Charges against DeAndre Baker have been dropped.

All charges against former Giants cornerback DeAndre Baker are being dropped, according to a statement from the Broward State Attorney’s Office just sent to @northjersey.

William Dean, an attorney for those who accused Baker of a crime, has himself been arrested for alleged extortion.

Update, Friday, May 15: a lawyer for Quinton Dunbar claimed on Friday that multiple witnesses said his client was not involved in the alleged armed robbery.

Just spoke with Seahawks CB Quinton Dunbar's attorney, Michael Grieco, who says he has sworn affidavits from 5 witnesses that say Dunbar was not involved in the alleged armed robbery this week. Grieco says Miramar PD is still insisting that Dunbar turn himself in. More coming:

You know it’s not a good situation if you’re an NFL cornerback and people are saying that your first takeaway is an armed robbery.

The New York Giants selected Florida native DeAndre Baker, 22, with the 30th pick of the 2019 NFL Draft. Fast forward a year, and the Giants are saying that they are “aware of the situation.”

Baker played college football at the University of Georgia. The photo that appears on his Bulldogs profile is the very same one that was used in a police report that accused him of armed robbery. 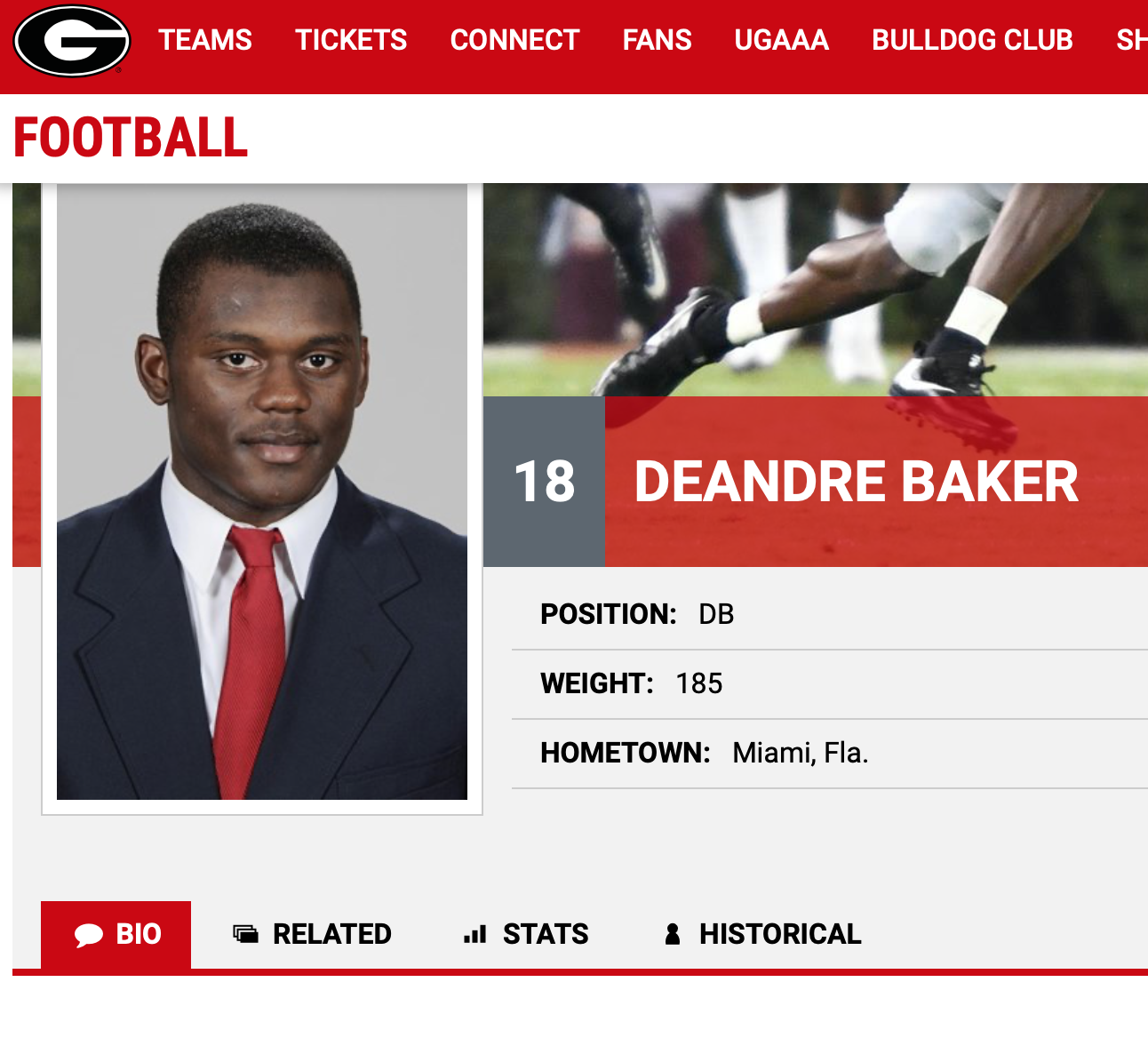 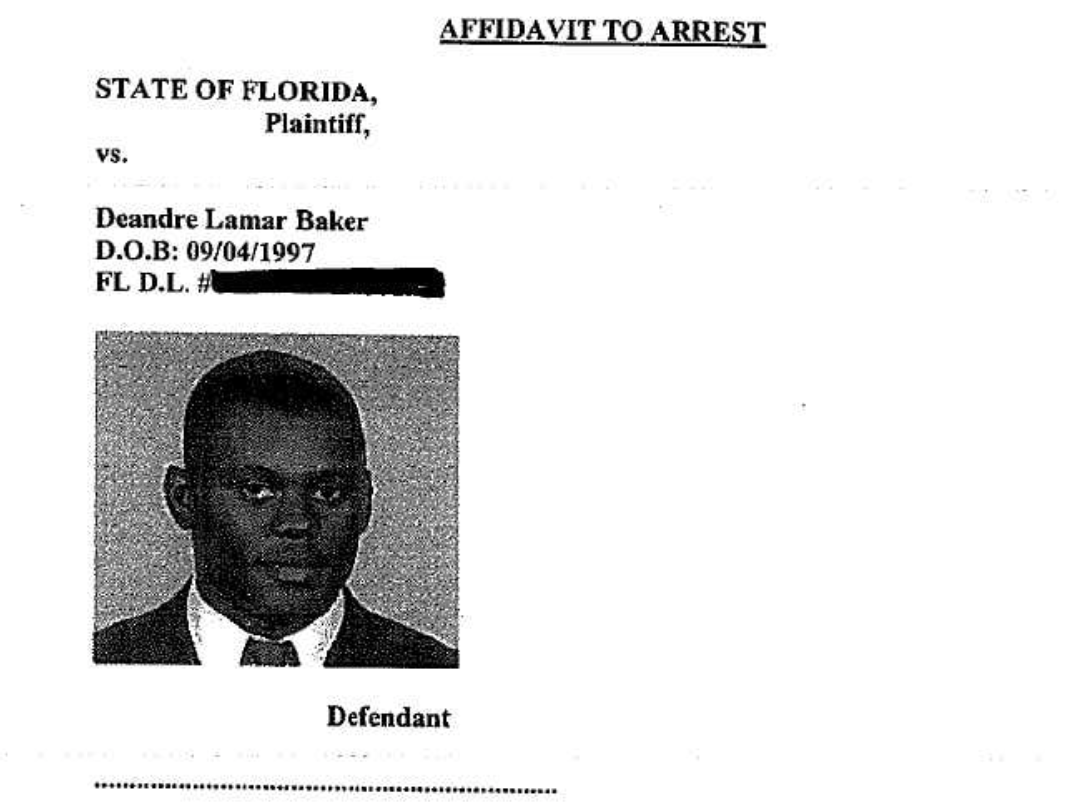 According to the Miramar Police Department in Broward County, Florida, Baker, armed with a semi-automatic weapon, took money and watches around 11 p.m. on Wednesday night. They say he committed crimes of armed robbery and aggravated assault. They also say he wasn’t alone.

This incident allegedly happened at a party where cards, gambling and video game playing was occurring. An individual (“the affiant”) whose name was redacted claimed that Baker pointed a gun at a partygoer while others stole money and fancy watches. The affiant claimed that Baker told a masked assailant to shoot a person who showed up at the party.

The person claimed that Baker and another NFL player lost $70,000 at a different party two days before.

Fellow NFL defensive back Quinton Dunbar, formerly of the Washington Redskins and now a member of the Seattle Seahawks, has also been accused of armed robbery. Dunbar is 27.  The Seahawks also say they are aware of the allegations.

Seahawks’ comment: “We are aware of the situation involving Quinton Dunbar and still gathering information. We will defer all further comment to league investigators and local authorities.”

Earlier in the day on Thursday, the Seahawks shared a video of Dunbar speaking with the media.

Wild: Quinton Dunbar had a 15 minute video conference with reporters… this morning! https://t.co/wTA653SIzX

An alleged victim said that two others had guns but Dunbar didn’t. It’s unclear if he did have a weapon, but authorities say he still participated in an armed robbery.

Police have repeated these allegations on Twitter, and @-ed both the Giants and the Seahawks.

(2/2) Firearm. Charges stem from an incident that occurred on May 13, 2020 in Miramar. A copy of the warrant and affidavit can be located at: https://t.co/uG5qWq97rX pic.twitter.com/fDm1YkOuTR

Warrants for Baker and Dunbar’s arrests have been issued.

You can read the police report below: