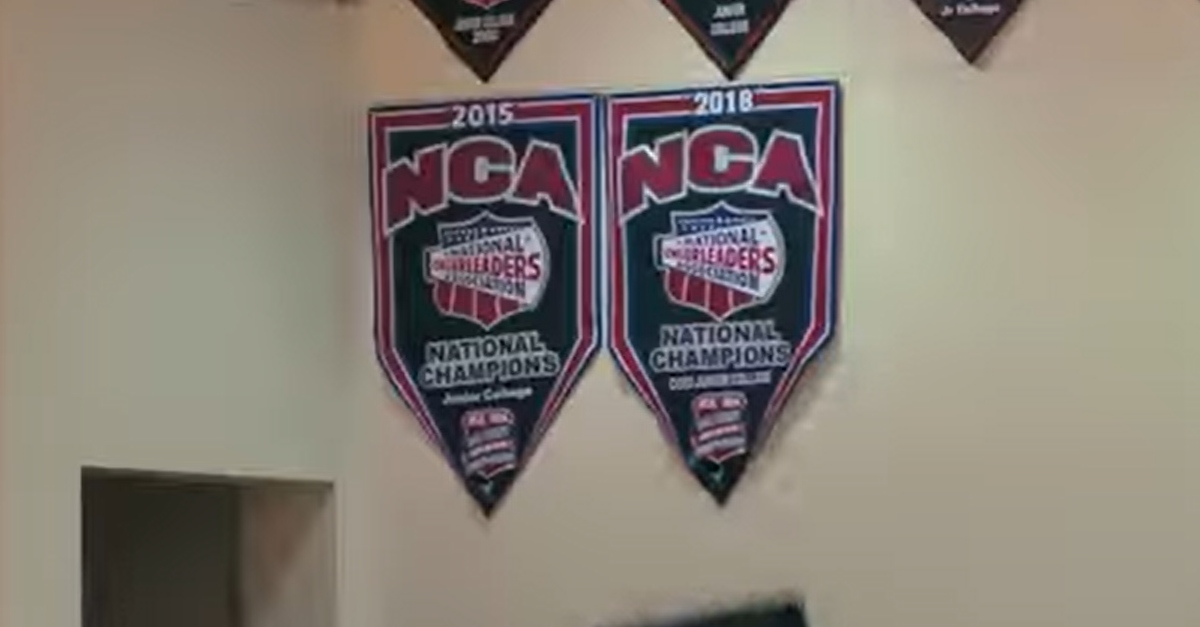 Two men who showed up in the Netflix docuseries Cheer have been charged in sex crimes against minors. This follows months after Jeremiah “Jerry” Harris, a cheerleader prominently featured on the show, was indicted with seeking sexual images and activities from underaged boys.

These each are separate cases.

Mitchell Ryan, 23, was arrested Wednesday in Dallas County, Texas for a count of aggravated sexual assault of a child, according to USA Today. The incident allegedly happened back on July 24.

“This has been a nightmare for Mitch and his family,” attorney Jeremy Rosenthal told the outlet. “We look forward to Dallas County hearing the truth and this case being over.”

Cheerleading coach Robert Joseph Scianna Jr., 25, is charged in Virginia after he allegedly pursued sex with what he thought to be a 14-year-old boy. He faces a count each of taking indecent liberties with a child, and using an electronic communication device to solicit sex. It is unclear if he has an attorney in this matter.

The claims against Harris currently overshadow the other defendants by virtue of alleged scope. “Jerry,” 21, who caught attention on the show for his gregarious personality, pursued sexual images and activates from boys between the ages of 13 and 17, prosecutors said. The indictment obtained by Law&Crime described a pattern of behavior and persistence. For example, the defendant allegedly contacted a 17-year-old on Snapchat for illicit pictures.

Minor 4 described HARRIS as relentless and asking for naked photos of Minor 4 for three straight hours.

Harris has pleaded not guilty.