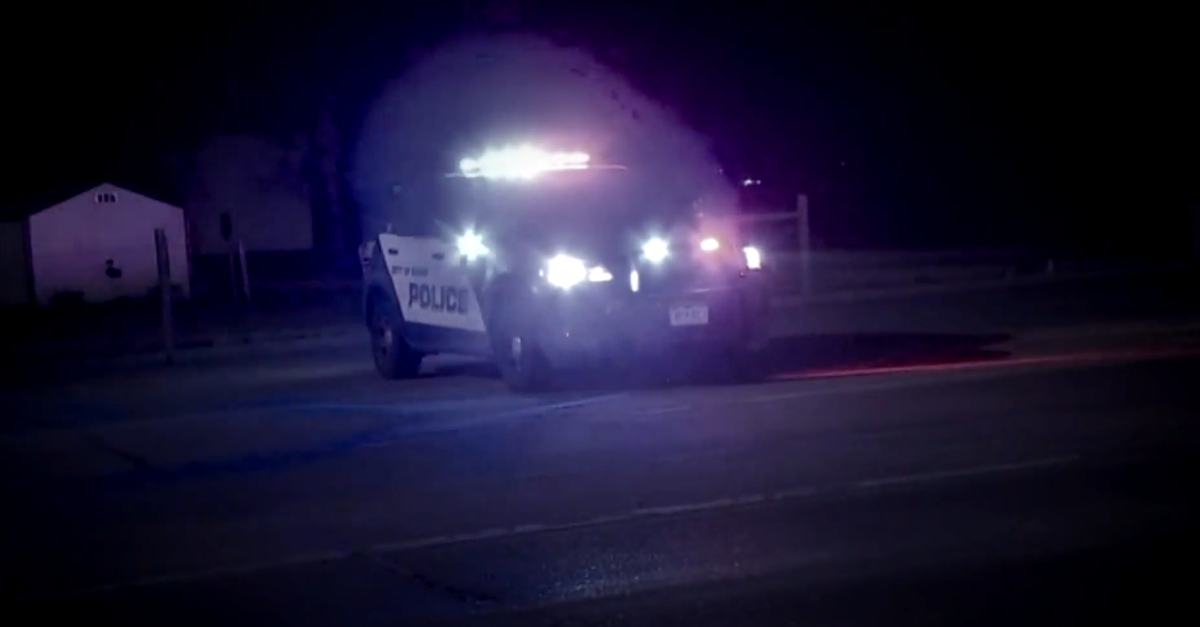 “It’s frightening,” Aurora, Colo. police Public Information Officer Crystal McCoy told KDVR-TV. “It’s very frightening because we don’t really know what their intentions are. We don’t know who they are. We realize it’s scary for the community and it’s also very alarming for us.”

A woman was stopped by a Ford Crown Victoria featuring red and blue emergency lights on March 25. A man — young, 6′ tall, weighing about 15 lbs., and wearing a pressed uniform — approached the driver and asked why she was out during the Colorado’s stay-at-home order. This individual asked for her driver’s license, looked at it, gave it back, and told her she could go, according to the account from the real police.

“That’s the most concerning thing,” McCoy said. “It has her name, potentially her current address, her date of birth, [and] other things on there. It is scary that someone else has them and we don’t know what they’re up to in this.”

Real police in Greeley, Colo. announced similar incidents in which several people said they were either pulled over or waved through a roadblock and questioned about “violating the COVID-19 law.”

Cops confirmed, however, that neither their officers, nor state patrol officers, nor the Weld County Sheriff’s Office conducted those stops.

Weld deputies made their own announcement. They described the suspect vehicle as a black Dodge Charger, possibly equipped with emergency lights in the dash, and maybe featuring magnetic, law enforcement-type signs on the door. The vehicle was a 2016 or similar model, they said. Officials described the suspect as a heavyish white man, with medium height and light hair, who was possibly wearing dark clothing he was trying to pass off a cop’s uniform.

“The sheriff’s office doesn’t routinely use unmarked cars for traffic contacts and isn’t during this time of the Coronavirus pandemic,” deputies said. “If you are being pulled over by a car that you can’t identify, slow down, put on your emergency flashers and call 911 to confirm the stop is legitimate.”

In Erie, Colo., a woman was allegedly stopped on the morning of March 27th by a black vehicle with flashing emergency lights. A man said he’d stopped her for a headlight violation, and then told her to return home because of the COVID-19 stay-at-home order.

“The male then reportedly followed her to her nearby residence before leaving the area,” said the Erie Police Department. Officers said, however, that they and Boulder County agencies confirmed there were no traffic stops conducted on that road at the time.