Just One Year Ago, HHS Secretary Said ‘Pandemic Flu’ Was What Kept Him ‘Up At Night’ the Most 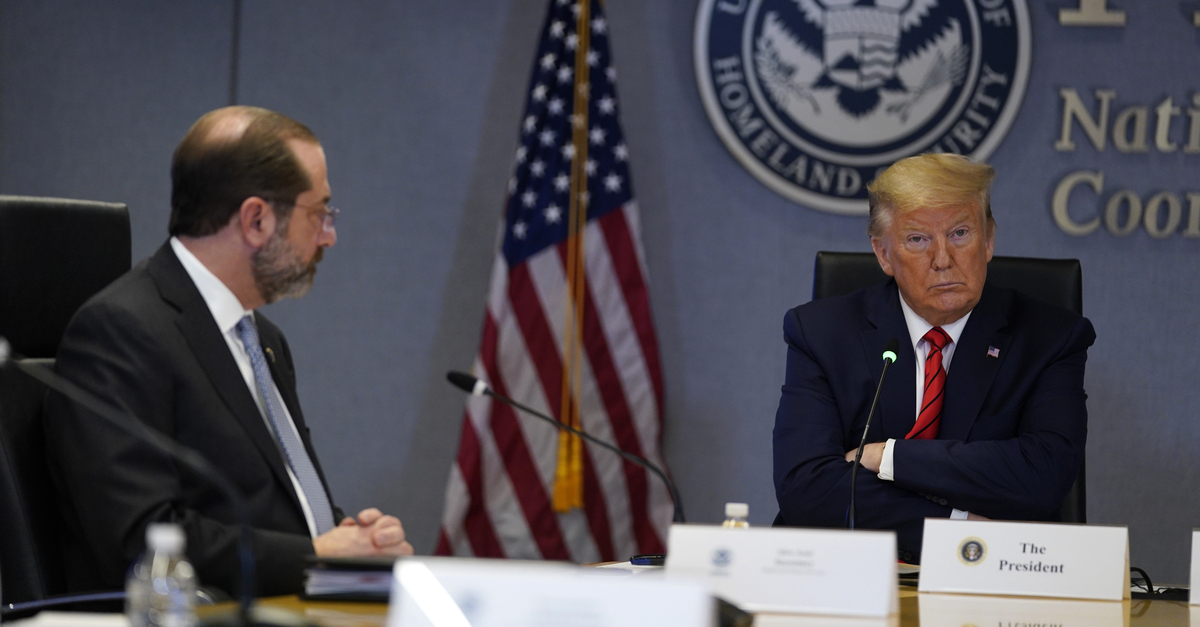 Department of Health and Human Services (HHS) Secretary Alex Azar said during the National Biodefense Summit in April 2019 that the threat posed by a “pandemic flu” was the thing that kept him “most up at night in the biodefense world.”

The comments are a clear example of high-ranking official inside the Trump administration directly undercutting the president’s claim that the COVID-19 coronavirus pandemic was something “nobody ever thought would be a problem.” In remarks delivered during the summit, Azar, who said he was appointed by President Donald Trump to “oversee the implementation of the National Biodefense Strategy,” explicitly acknowledged that a potential pandemic posed the greatest threat to the United States.

“The thing that people often ask is: ‘What keeps you most up at night in the biodefense world?’ Pandemic flu, of course,” Azar said. “Everyone in this room probably shares that concern. Working with Secretary [Mike] Leavitt, President [George W.] Bush, and Congress to create the pandemic flu preparedness work that we did really helped rejuvenate the domestic pandemic flu vaccine capability here in the United States. We’re not there yet, but we revolutionized our capabilities and capacities around flu production in the U.S. to minimize shortages so that we don’t again go through what we did in 2004 on the Chiron shortage. Now we’ve got capacity, but we still need to improve our speed and production of pan-flu vaccine at our capacities.”

Azar is one of the few Trump administration officials credited with taking the pandemic seriously from an early stage, making several attempts to personally discuss the toll the virus was taking on China and the threat it posed to the U.S. in early January. President Trump consistently downplayed the deadly disease through mid-March, severely hindering the federal government’s ability to respond to critical shortages in medical supplies and equipment.

But the HHS secretary was unable to speak with the president until a Jan. 18 phone call, the Washington Post reported. And when Azar tried to explain the problem to Trump, “the president interjected to ask about vaping and when flavored vaping products would be back on the market,” the news outlet said.

Earlier in the week, a Pentagon document from Jan. 2017 came to light. The document predicted with stunning accuracy what a pandemic of this magnitude and severity would look like. It warned that a highly transmissible “novel respiratory disease” was the “most likely and significant” threat.