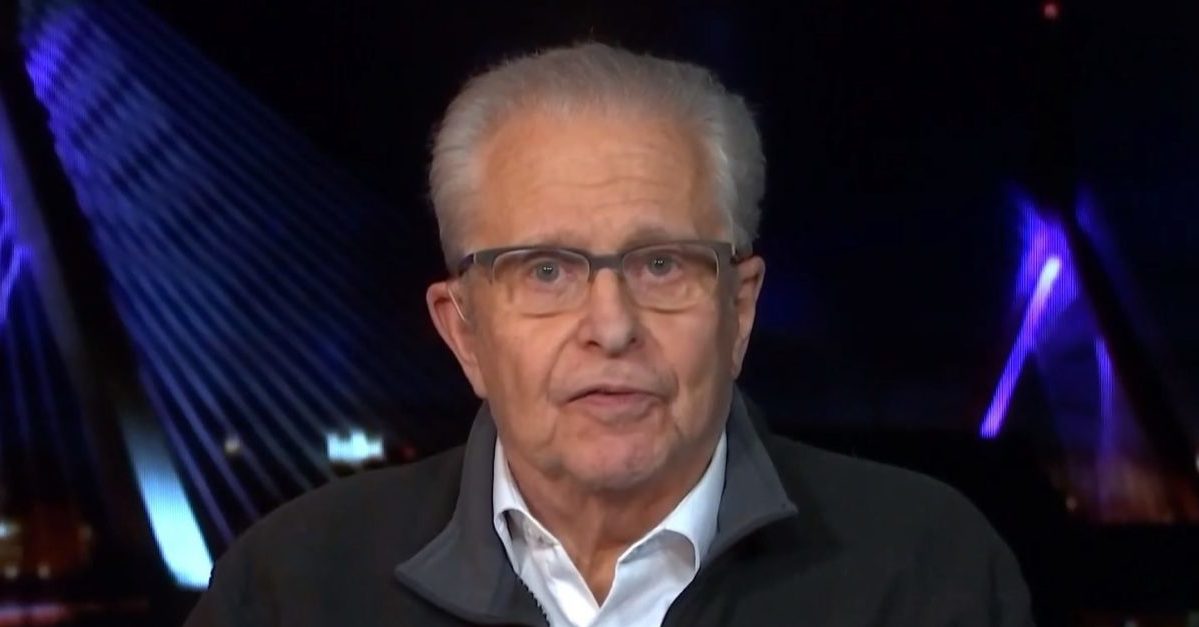 Harvard Law Prof. Laurence Tribe on Friday was pilloried after concocting a rather novel legal theory about President Donald Trump’s bizarre comments regarding using “powerful” lights or the “injection” of “disinfectant” to battle the novel coronavirus once it’s inside the human body. Trump’s comments have been widely publicized, criticized, walked back by the White House, parodied, and even have resulted in direct replies from the makers of Lysol. Trump later reportedly attempted to claim he was being “sarcastic” when he made the remarks during Thursday’s coronavirus briefing.

Prof. Tribe suggested that it would be “criminally negligent (or worse)” for the doctors who normally flank the president to fail to warn people forthwith against the internal use of a disinfectant:

When the Trump Covid Taskforce conducts its next media briefing, it’d be *criminally negligent* (or worse) for Drs. Fauci and Birx not to warn Americans that it would be dangerous and possibly lethal for them to follow Trump’s wild advice to swallow disinfectants or sanitizers.

Criminal negligence is slightly tricky to define. In New York and Connecticut, for instance, it’s basically a failure “to perceive a substantial and unjustifiable risk” that something bad will occur where that failure “constitutes a gross deviation from the standard of care that a reasonable person would observe in the situation.” The something bad, so to speak, must be elsewhere defined, such as criminally negligent homicide. The key word in the definitions is “gross” deviation: criminal negligence is way more serious than civil law negligence. Civil negligence can result in money damages awards; criminal negligence can land someone behind bars.

Tribe’s take resulted in a few swift takedowns by other law professors on Twitter:

This is not right.
No tort liability for failing to warn here. No special relationship. Plus qualified immunity. No violation of clearly established law or constitutional right.
And definitely zero criminal liability.

A few tried to run with the theory but didn’t get very far:

Consider the state-created danger doctrine under substantive due process, where liability attaches when government conduct “places a person in peril in deliberate indifference to their safety.” E.g., Penilla v. City of Huntington Park, 115 F.3d 707, 709 (9th Cir. 1997).

Hi Ron.
Lots of Emoluments to discuss!
But as for “placing in peril,” make that argument against Trump, but not Birk and Fauci.
And even against Trump, this is a stretch.

Tribe’s take was enough to earn him this special honor:

And, this isn’t the first time Tribe has caused an uproar during these coronavirus times.

One strange way to view Tribe’s legal theory is through the lens of the Massachusetts prosecution of Michelle Carter. While Massachusetts (where Tribe teaches) does not recognize criminal negligence law, it does recognize the rather loose doctrine of involuntary manslaughter. That’s how prosecutors convicted Carter for encouraging her boyfriend to commit suicide. Critical to the conviction was the legal determination that Carter “coerced” the harm; that she “overpowered the victim’s will” without being present through close, “constant and perpetual contact.”  Nothing even remotely similar occurs when people listen to a White House briefing.

As to Trump’s statements, here is the White House transcript. The comments by Trump were reactions to this from Department of Health and Human Services Undersecretary Bill Bryan. Bryan was talking about products which could stop the “transmission chain” of the virus from person to person:

We’re also testing disinfectants readily available.  We’ve tested bleach, we’ve tested isopropyl alcohol on the virus, specifically in saliva or in respiratory fluids.  And I can tell you that bleach will kill the virus in five minutes; isopropyl alcohol will kill the virus in 30 seconds, and that’s with no manipulation, no rubbing — just spraying it on and letting it go.  You rub it and it goes away even faster.  We’re also looking at other disinfectants, specifically looking at the COVID-19 virus in saliva.

Here is what Trump said later, per the transcript:

THE PRESIDENT:  Thank you very much.  So I asked Bill a question that probably some of you are thinking of, if you’re totally into that world, which I find to be very interesting.  So, supposing we hit the body with a tremendous — whether it’s ultraviolet or just very powerful light — and I think you said that that hasn’t been checked, but you’re going to test it.  And then I said, supposing you brought the light inside the body, which you can do either through the skin or in some other way, and I think you said you’re going to test that too.  It sounds interesting.

THE PRESIDENT:  Right.  And then I see the disinfectant, where it knocks it out in a minute.  One minute.  And is there a way we can do something like that, by injection inside or almost a cleaning.  Because you see it gets in the lungs and it does a tremendous number on the lungs.  So it would be interesting to check that.  So, that, you’re going to have to use medical doctors with.  But it sounds — it sounds interesting to me.

[Image via screen capture from MSNBC.]