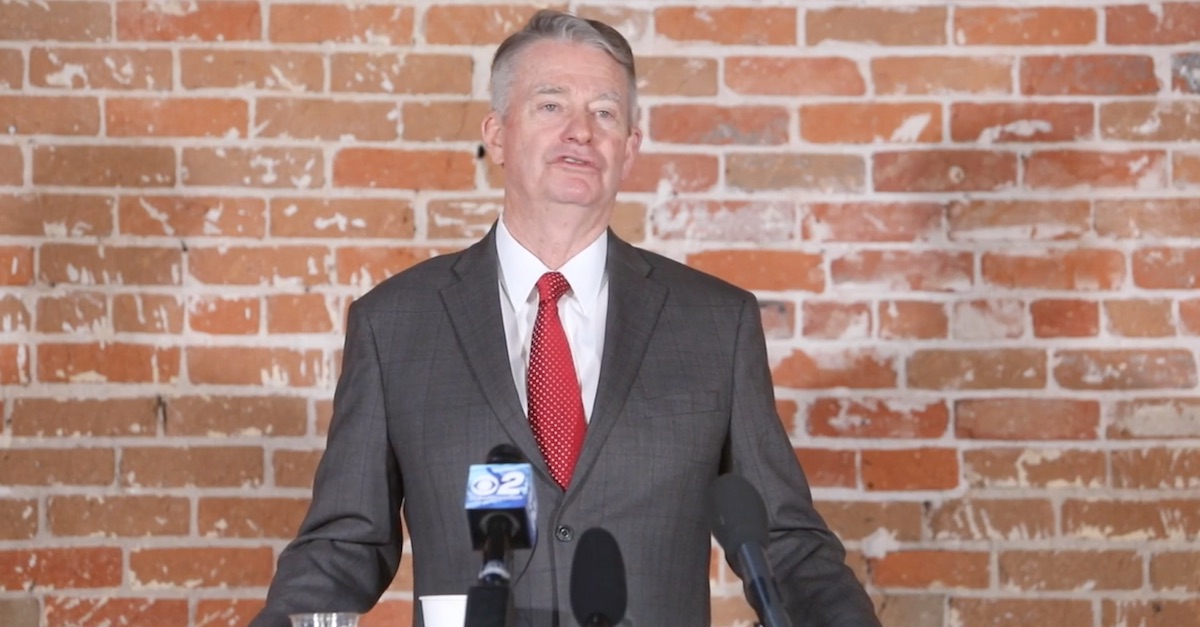 Idaho’s Republican Gov. Brad Little signed two bills into law on Monday, both of which, advocates say, constitute discrimination against transgender people, and both of which will without a doubt be challenged in court.

The bills’ next likely stop will be the courts for a lengthy and expensive legal battle. Republican lawmakers passed both bills despite legal warnings of their unconstitutionality.

An Idaho Attorney General’s Office’s analysis of the bills, which was provided to lawmakers, found them possibly unconstitutional and open to legal challenge.

Little’s signing happens to have occurred the day before the International Transgender Day of Visibility (March 31).

The bill’s statement of purpose: “This bill will ensure that opportunities continue for girls and women competing in athletics. Boys and men will not be allowed to participate on girls or women’s teams, as defined by their inherent differences that are physiological, chromosomal, and hormonal.”

Here are some of them, and in some cases abridged:

“that there are ‘inherent differences between men and women,’ and that these differences ‘remain cause for celebration…'”;

“Courts have recognized that the inherent, physiological differences between males and females result in different athletic capabilities”;

“Having separate sex-specific teams furthers efforts to promote sex equality. Sex-specific teams accomplish this by providing opportunities for female athletes to demonstrate their skill, strength, and athletic abilities while also providing them with opportunities to obtain recognition and accolades, college scholarships, and the numerous other long-term benefits that flow from success in athletic endeavors.”

HB509 bars a transgender person from changing the sex on their birth certificate to match their gender identity.

The bill’s statement of purpose: “To establish provisions regarding the inclusion of certain vital statistics, including an individual’s time of birth, date of birth, biological sex, birth weight, birth length, and place of birth on the individual’s certificate of birth, and to provide methods for the completion or correction of those statistics.”

At root, the bill says that “Allowing individuals to alter their vital records, including birth certificates, based upon subjective feelings or experiences undermines the government’s interest in having accurate vital records.”

“Identification of biological sex on a birth certificate impacts the health and safety of all individuals,” HB509 continues. “For example, the society for evidence based gender medicine has declared that the conflation of sex and gender in health care is alarming, subjects hundreds of thousands of individuals to the risk of unintended medical harm, and will greatly impede medical research.”

The Human Rights Campaign on Monday called the bills “anti-transgender discrimination” and “unacceptable,” particularly during a time of pandemic.

“We are living in an unprecedented global health crisis, with confirmed cases of COVID-19 increasing on a daily basis in Idaho, across the United States and around the world, but Governor Brad Little and the Idaho legislature have decided to prioritize the demonization of transgender people,” HRC President Alphonso David said in a statement. “This is unacceptable, and a gross misuse of taxpayer funds and trust. Idaho is leading the way in anti-transgender discrimination, and at a time when life is hard enough for everyone, Idaho’s elected leaders will be remembered for working to make their transgender residents’ lives even harder. Shame on Governor Little and the legislators who championed these heinous pieces of legislation.”

It should only be a matter of time before parties battle this out in the courts. The legislation is on track to take effect on July 1.