Despite Trump Claims of Coronavirus ‘Fake News,’ HHS Hospital Survey Reflects What We See on TV 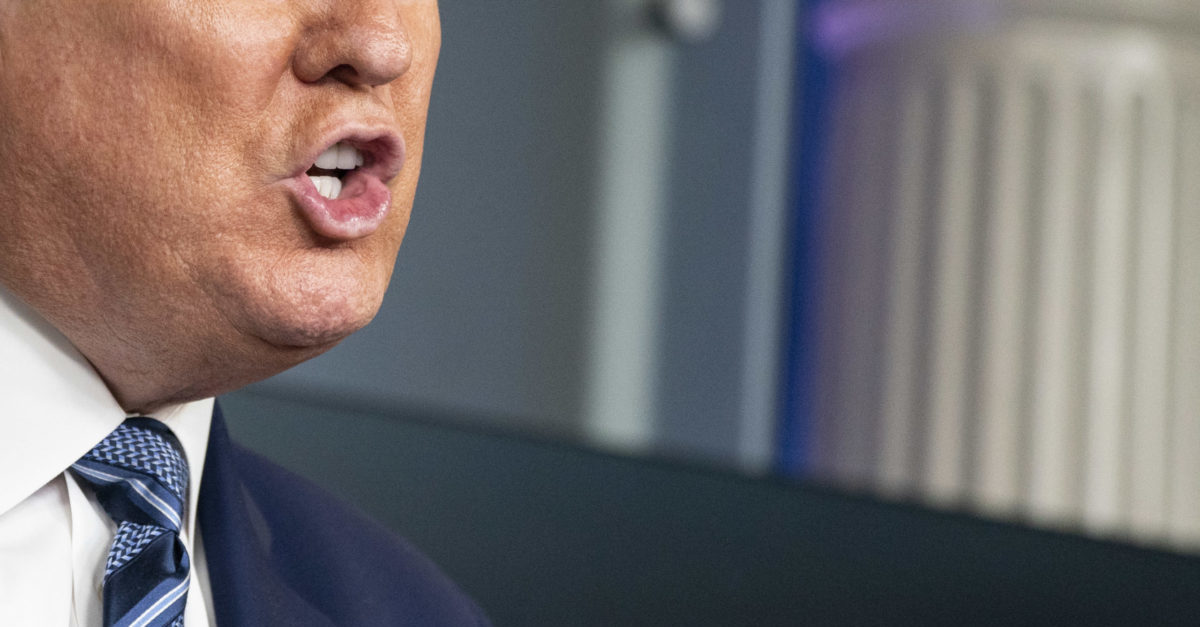 A Monday report from U.S. Department of Health and Human Services (HHS) Office of Inspector General (OIG) has identified “significant” and “substantial challenges” faced by hospitals in the wake of the novel coronavirus (COVID-19). Most of the HHS OIG findings seem like no-brainers which are thoroughly in line with what Americans are absorbing every day on news broadcasts. The HHS OIG put the report together for the stated purpose of informing “HHS’s and other decision-makers’ consideration as they continue to respond to the COVID-19 pandemic.”

(President Donald Trump said “nobody trusts the media anymore” on March 29th and said “the United States will continue to combat disinformation and fake news about this virus” on April 1st. He then, however, said that he “want[ed] to thank the media, because really, for the most part, that media has been very fair” on April 1st.)

The HHS OIG report listed the following findings after a March 23th through March 27th series of telephone surveys which questioned administrators from 323 hospitals in “46 States, the District of Columbia, and Puerto Rico”:

For instance, per the OIG, “[h]ospitals reported frequently wait[ed] 7 days or longer for test results.” Normally, one hospital said, “24 hours would typically be considered a long turnaround time for virus testing.”

The report did go on to chastise medical employees. “Staff used PPE in interactions with patients that they may not have needed to use,” the report said.

In other cases, though, “[s]taff may not have known whether they were exposed to patients with the virus or if they had the virus.” And, “staff may have stopped providing clinical care while unsure if [patients] were contagious.”

Despite Trump’s legally dubious claim that his administration is neither a “shipping clerk” nor an “ordering clerk” for medical supplies, the HHS OIG’s report chronicled what it called “supply chain” issues. Per the report:

Hospitals reported that the supply chain for medical equipment had been disrupted because of increased demand for PPE from health care providers and others around the country. As one administrator said, everyone is “trying to pull [PPE] from the same small bucket.” Another administrator stated that their hospital’s purchaser was reporting delays of 3-6 months in being able to replenish key supplies, including surgical and N95 masks.  Another hospital made the point that this competition for supply was unusual in that it involved not only health care providers, but also the public. An administrator at this hospital reported apprehending a person trying to steal face masks from the hospital lobby.

The report went further to complain about the so-called “strategic national stockpile” of medical supplies which the Trump Administration is legally required to keep for emergencies:

Some hospitals noted that at the time of our interview they had not received supplies from the Strategic National Stockpile, or that the supplies that they had received were not sufficient in quantity or quality. One administrator stated that getting supplies from the stockpile was a major challenge, saying that the supplies the hospital received “won’t even last a day. We need gloves, we need masks with fluid shields on—N95 masks—and we need gowns. It’s the number one challenge all across the system.” One health system reported that it received 1,000 masks from the Federal and State governments, but it had been expecting a larger resupply. Further, 500 of the masks were for children and therefore unusable for the health system’s adult staff. One hospital reported receiving a shipment of 2,300 N95 masks from a State strategic reserve, but the masks were not useable because the elastic bands had dry-rotted. Another hospital reported that the last two shipments it had received from a Federal agency contained PPE that expired in 2010. The shipment contained construction masks that looked different than traditional masks and did not contain a true N95 seal.

Law&Crime has previously addressed discrepancies between the black-letter law which sets forth the legal mission of the strategic national stockpile and what the administration is saying about it. Despite hospitals saying they needed federal assistance, the OIG report cites to and adopts recently-changed language from the strategic stockpile’s website to describe the stockpile’s function. The new language is legally spurious and puts the onus on states, rather than the federal government, for ensuring that medical gear is available. The OIG report says the national stockpile “supplements State and local stocks of life-saving pharmaceuticals and medical supplies for use in a public health emergency.” No such language appears in the legally-binding United States Code. Though the OIG report cites the stockpile website as its source for that information (footnote 16), it cites to the actual United States Code (footnotes 31 and 32) and the Code of Federal Regulations (footnotes 30 and 31) as authorities for other matters of concern.

Trump referred to the stockpile on March 31st as “like having oil reserves, except more valuable, frankly.”