Justice Up for Re-Election Urged Wisconsin to Go Out and Vote, Then His Court Kept Election on Schedule 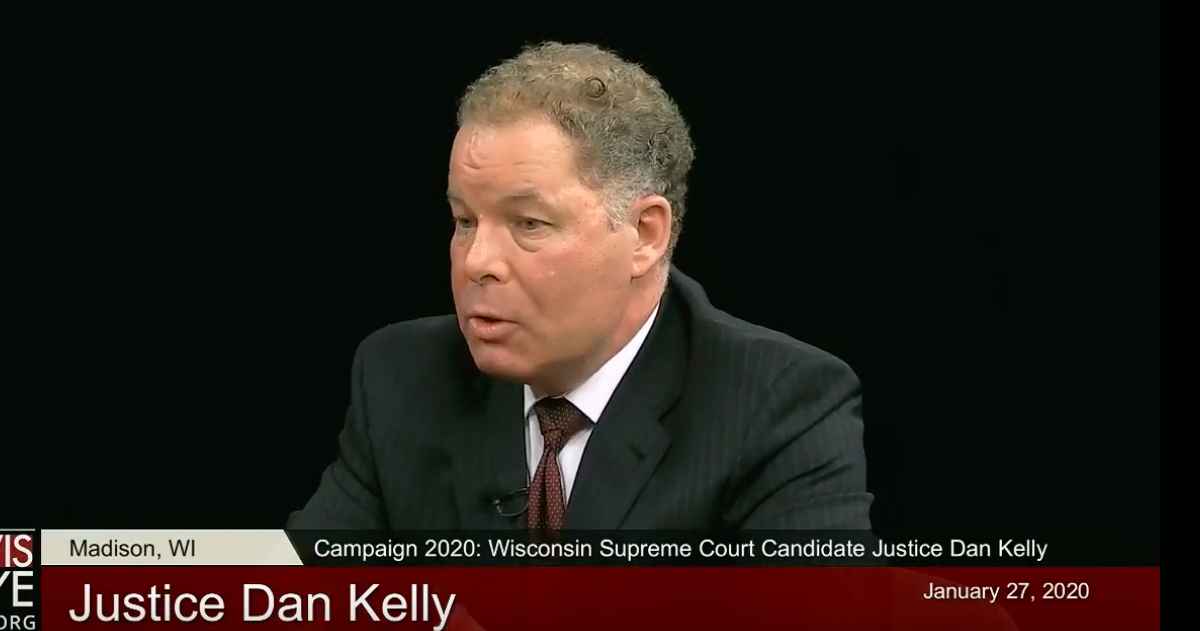 A Republican Supreme Court Justice in Wisconsin on Monday urged voters and poll workers in the state to prepare for elections on Tuesday, directly contradicting the executive order issued by Gov. Tony Evers, a Democrat, just hours earlier in which the governor postponed in-person voting until June 9 to prevent the spread of the COVID-19 coronavirus.

Later Monday, however, the Wisconsin Supreme Court officially sided with the Republican legislature, blocking Gov. Evers’ order to postpone the election.  The high court’s vote was 4-2.  However, the court left intact the portion of the order ordering the legislature to convene at 2:00 p.m. Tuesday to once again consider rescheduling the election — which by then would already have been underway.

The 4-2 ruling by the court’s conservative majority leaves intact that part of Evers’s executive order that convenes the legislature at 2:00 tomorrow—in order to consider a new date for the election that, thanks to this ruling, will now happen … tomorrow. https://t.co/7YCAwUMPu7

Long before the court’s decision, Justice Daniel Kelly was making his opinions known.  In a series of tweets, Kelly seemed to side with Republicans in the state legislature who had immediately challenged the governor’s order.  The order included automatically sending registered voters mail-in ballots to continue encouraging social distancing, but Kelly said the order exceeded Evers’ authority under the state constitution.

“From the very beginning of this campaign, all we have wanted is an election conducted according to the law. While the Governor’s order is being challenged in court, we urge clerks, poll workers, and voters to stand ready to conduct the election tomorrow,” Kelly tweeted Tuesday.

“We can do two things at the same time:  maintain the foundations of our democracy while taking reasonable precautions to keep people safe,” Kelly said in a second tweet.

We can do two things at the same time: maintain the foundations of our democracy while taking reasonable precautions to keep people safe. 2/2

Gov. Evers had attempted to reach a bipartisan compromise during a special session over the weekend rather than have the matter decided in the courts, but the Republican-controlled legislature called the session over after only a few seconds.

Kelly, a staunch conservative who was appointed to a vacant seat on the bench by Gov. Scott Walker in 2016, is now in a highly consequential election against liberal Judge Jill Karofsky for a 10-year term.

Evers’ order didn’t just highlight the risk of spreading the virus if citizens are forced to gather at polling stations for in-person voting.  It also noted that the pandemic had left the state’s voting infrastructure in complete disrepair as workers continue calling in sick.

Georgetown University Law professor Marty Lederman pointed out that the pandemic will likely result in a very low voter turnout, a scenario which tends to favor Republicans, a phenomenon he said Kelly was trying to exploit at the expense of voters’ health.

He is *up for election tomorrow* and would be the primary beneficiary of a reversal of Gov. Evers's order–at the expense of thousands who would be disenfranchised or (if they go to the polls) putting their health at risk.

In Milwaukee, which normally has 182 polling locations, the city has been forced to consolidate down to five sites for its nearly 600,000 citizens.

Update 7:30 p.m.: The conservative majority on the Supreme Court dealt quite a blow to the DNC on Monday when it comes to extended absentee voting in Wisconsin.

BREAKING: U.S. Supreme Court refuses to extend absentee voting in Wisconsin. The vote was 5 to 4, with the court’s conservatives in the majority.

And now: the Supreme Court ruled in favor of the Republican National Committee and Wisconsin Republicans Monday blocking a lower court ruling that gave voters an extra six days to submit their ballots from election day to April 13.

You can read more about that here.