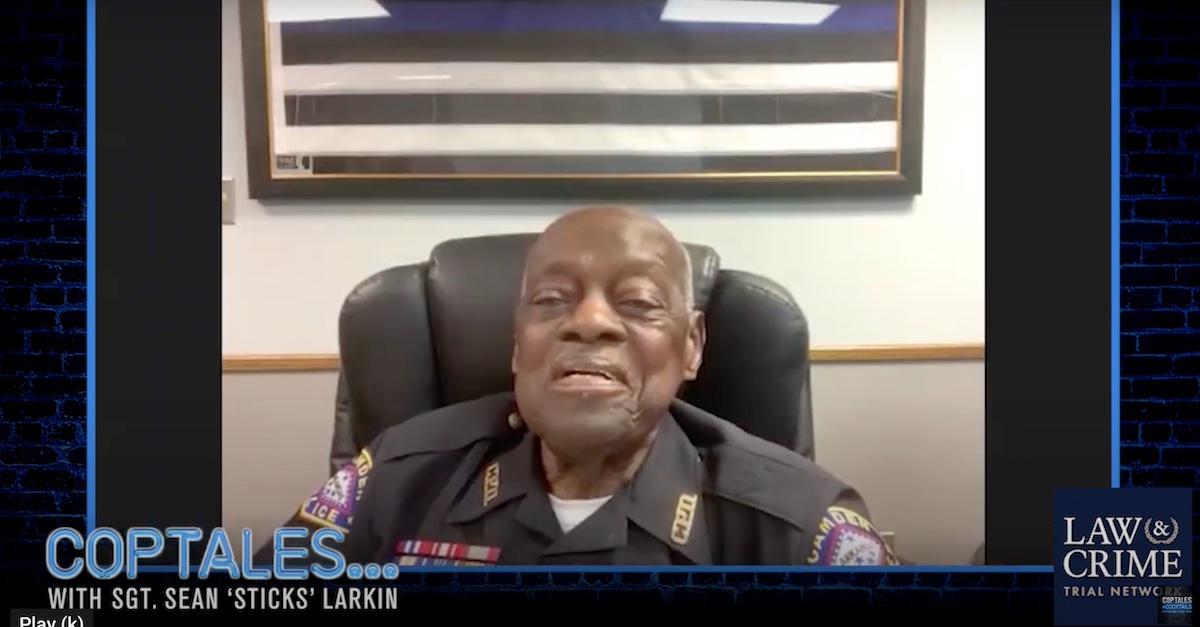 Now, over 60 years into his career, “Buckshot” explains how almost everyone in Camden, Arkansas knows who he is. “Most people know me,” “Buckshot” said. “From five-years-old up, I helped a lot of people.”

“Buckshot” also touched on his approach to policing. “Wave at people… be polite,” he said. “This gun, and this badge, don’t make no police officer.”

Sgt. Larkin, who recently retired from policing, asked” Buckshot” if at 92 years old he would ever hang up his badge.

Smith ended the interview with some parting advice for other officers.

“Instead of using your gun, that’s what the taser is for,” Smith said. “You can tase somebody and get them to stop, instead of shooting them.”