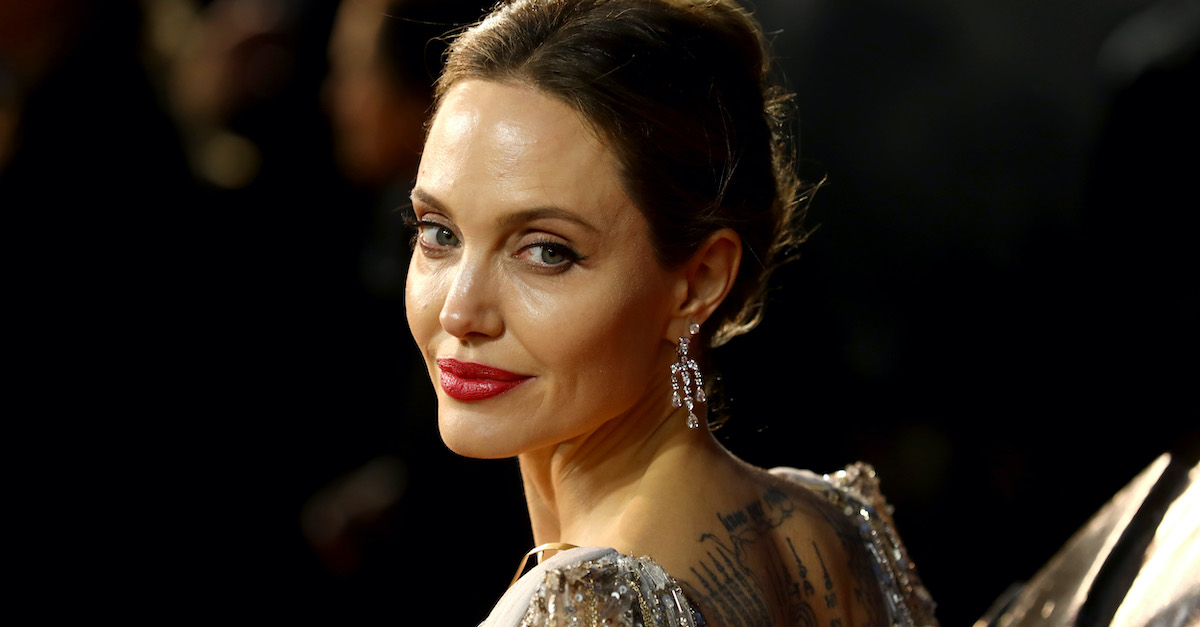 Hollywood actress Angelina Jolie, who is locked in a divorce proceeding with actor Brad Pitt, wants the private judge involved in the dispute to be booted off of the case.

Private judging, The American Bar Association says, is “a process where the disputing parties agree to retain a neutral person as a private judge. The private judge, who is often a former judge with expertise in the area of the dispute, hears the case and makes a decision in a manner similar to a judge. Depending on court rules, the decision of the private judge may be appealable in the public courts.”

A number of celebrities take this path in divorce cases in order to keep many of the “filings and the personal and financial details” sealed, the Associated Press noted.

Jolie, arguing that Ouderkirk’s neutrality was in question, moved for his disqualification, saying that the mere appearance of a conflict was enough.

“[I]t doesn’t matter if Judge Ouderkirk is actually biased,” the filing said. “Under California law disqualification is required so long as a person aware of the facts ‘might reasonably entertain a doubt’ about Judge Ouderkirk’s ability to remain impartial.”

Jolie, 45, and Pitt, 56, have six children. Jolie and Pitt first sought a bifurcated judgment in 2018 so they could be declared legally single as the divorce proceeding dragged out. They got their wish in 2019.

Pitt and Jolie (formerly known as Brangelina) were together for 12 years. They had been married for two years when Jolie filed for divorce in 2016, citing irreconcilable differences.

Ouderkirk’s bio says that he has “served as a mediator, arbitrator, discovery referee, special master and judge pro tem in a wide range of complex cases”:

He is well-respected among the civil and family law bars, where he is considered to be an excellent settlement judge and a thorough and efficient discovery referee. Judge Ouderkirk has a reputation for his adept handling of highly sensitive, emotional cases. Judge Ouderkirk has artfully presided over high-profile matters such as the Reginald Denny beating case. He is Known to go the “extra mile” to settle a case.