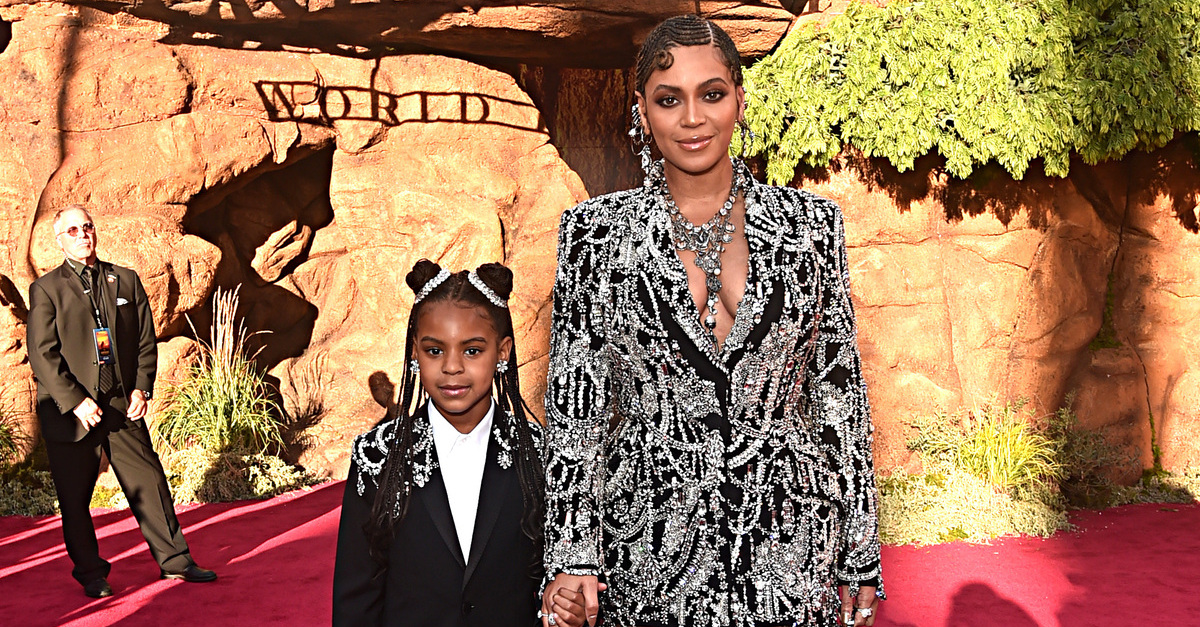 The Trademark Trial and Appeal Board (TTAB) had no time for the efforts of a Massachusetts wedding planner to block Beyoncé in her quest to secure intellectual property rights. In a little-noticed ruling one week ago, Beyoncé won her ongoing trademark battle over her daughter’s name.

For years, Beyoncé has attempted to trademark her daughter’s name, Blue Ivy Carter. She’s filed applications that cover everything from books to pacifiers to shampoo to video games and much more. The problem, though, is that wedding planner Veronica Morales called her business “Blue Ivy Events” – even before Beyoncé’s daughter was born.

Morales received a trademark registration from the U.S. Patent and Trademark Office (USPTO) for the mark “Blue Ivy” in 2012 (the same year the daughter of Beyoncé and Jay-Z was born) for her business. On that basis, Morales filed a “notice of opposition” with TTAB, arguing that Beyoncé should not be allowed to trademark “Blue Ivy Carter” because there is too much risk of confusion between the two.

Queen Bey said in documents that Morales’ “likelihood of confusion” argument was frivolous, because consumers are unlikely to confuse “a boutique wedding event planning business and Blue Ivy Carter, the daughter of two of the most famous performers in the world.” She called her daughter, Blue Ivy Carter, a “cultural icon.”

Morales fired back, claiming that Beyoncé and Jay-Z had no actual intention of using “Blue Ivy Carter” in commerce, but rather, filed for trademark protection simply to keep others from using the name. Such actions would be something of a no-no under trademark law, which aims to protect marks only for bona fide commercial use. Morales even went a step further, accusing Beyoncé of engaging in fraud as she sought a trademark for a name she hadn’t been intending to use for commercial purposes.

To bolster her case against the famous singers, Morales pointed to a 2013 interview Jay-Z gave to Vanity Fair, titled “Jay Z Has the Room.” In it, Jay-Z reportedly discussed his reasons for attempting to trademark his daughter’s name:

Jay said they did it merely so no one else could. “People wanted to make products based on our child’s name, and you don’t want anybody trying to benefit off your baby’s name. It wasn’t for us to do anything; as you see, we haven’t done anything. First of all, it’s a child, and it bothers me when there’s no [boundaries]. I come from the streets, and even in the most atrocious sh*it we were doing, we had lines: no kids, no mothers— there was respect there. But [now] there’s no boundaries. For somebody to say, This person had a kid—I’m gonna make a f*ckin’ stroller with that kid’s name. It’s, like, where’s the humanity?”

The TTAB unceremoniously smacked down both of Morales’ arguments, siding on July 6 squarely with Beyoncé on multiple grounds; it was clear from the board’s ruling that it was not pleased with Morales.

The TTAB slammed Morales for including extraneous documents in her brief to the board, calling the move “unnecessary and a waste of time.” The board noted that “attaching previously-filed evidence to a brief is neither a courtesy nor a convenience to the Board.”

TTAB found that while the names “Blue Ivy” and “Blue Ivy Carter”are similar, there’s not much of a chance of the general public confusing a wedding business with Beyoncé and Jay-Z’s daughter. In fact, the TTAB found that Morales had presented “no evidence suggesting they are related in a manner that would give rise to the mistaken belief that they emanate from the same source,” and accused Morales of doing the legal equivalent of throwing arguments “against a wall, hoping something will stick.”

On the issue of Beyoncé ’s intent behind trademarking her daughter’s name, the TTAB refused to consider the Vanity Fair interview with Jay-Z. As he was not a formal party to the legal action, the interview was “hearsay within hearsay,” and therefore, inadmissible as evidence. No fraud, no problem with intent, no problem with Beyoncé ’s trademark.