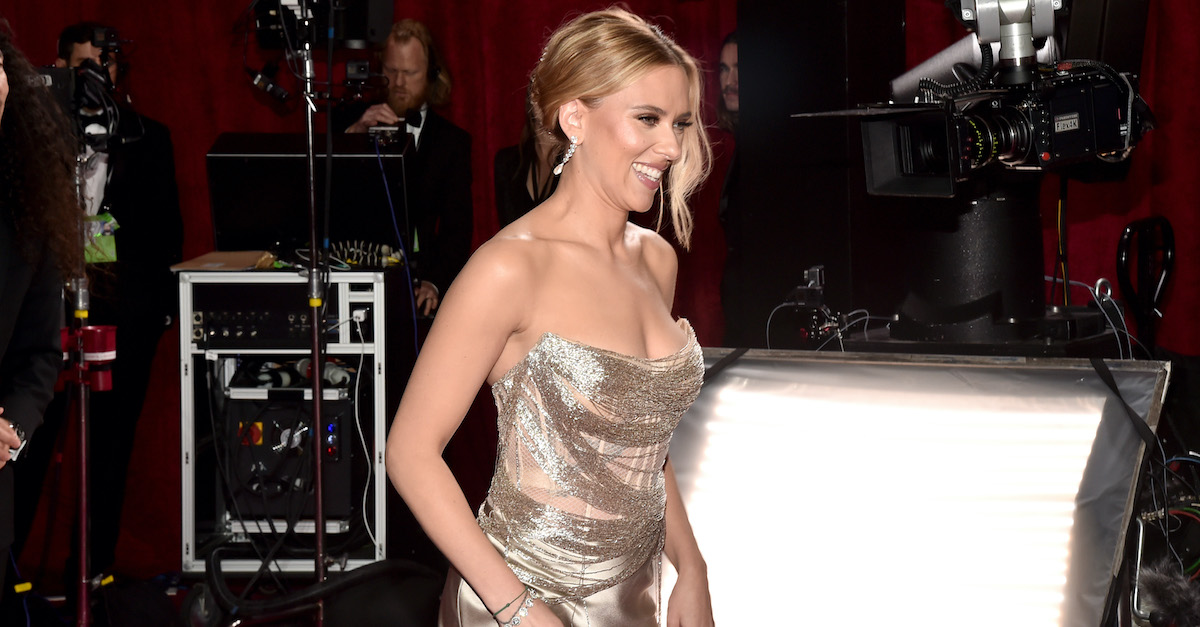 Scarlett Johansson sued the Walt Disney Company on Thursday for releasing “Black Widow” on its streaming service, alleging the plan to reach moviegoers kept home by COVID-19 breached her contract for a “theatrical release” that would have maximized her compensation tied to box office returns.

Represented by attorney John V. Berlinski of the firm Kasowitz Benson Torres—a firm with longtime ties to former President Donald Trump—Johannson claims that the decision to stream the Marvel movie on Disney+ served to “substantially devalue” her agreement and “enrich itself.”

“In the months leading up to this lawsuit, Ms. Johansson gave Disney and Marvel every opportunity to right their wrong and make good on Marvel’s promise,” the 19-page complaint obtained by Law&Crime states. “Unlike numerous other movie studios, however – including Warner Brothers who, on information and belief, settled with its talent on films such as Wonder Woman after it released those films “day-and-date” to its streaming service HBO Max last year – Disney and Marvel largely ignored Ms. Johansson, essentially forcing her to file this action.”

Her complaint, filed in Los Angeles County Superior Court, quotes Marvel’s chief counsel as being “totally” aware of the condition, in a May 2019 email.

“We totally understand that Scarlett’s willingness to do the film and her whole deal is based on the premise that the film would be widely theatrically released like our other pictures,” the complaint quotes the lawyer as saying, adding boldface text for emphasis. “We understand that should the plan change, we would need to discuss this with you and come to an understanding as the deal is based on a series of (very large) box office bonuses.”

Johansson notes that the film’s release was “delayed several times” in light of the COVID-19 pandemic, before Disney announced this past March that the film would be released both in theaters and Disney+ Premier Access.

“To no one’s surprise, Disney’s breach of the Agreement successfully pulled millions of fans away from the theatres and toward its Disney+ streaming service,” the complaint states. “According to Disney’s own self-congratulatory press releases, the Picture grossed more than $60 million on Disney+ Premier Access in its first weekend alone.”

On May 24, 2021, Disney’s CEO Bob Chapek reportedly called the theatrical market “still fairly weak” because of the pandemic.

Quoting the remark in the complaint, Johansson said that raised questions.

“Why would Disney forgo hundreds of millions of dollars in box office receipts by releasing the Picture in theatres at a time when it knew the theatrical market was ‘weak,’ rather than waiting a few months for that market to recover?” the lawsuit asks.

“On information and belief, the decision do so was made at least in part because Disney saw the opportunity to promote its flagship subscription streaming service using the Picture and Ms. Johansson, thereby attracting new paying monthly subscribers, retaining existing ones, and establishing Disney+ as a must-have service in an increasingly competitive marketplace,” it posits.

“There is no merit whatsoever to this filing,” the spokesperson told Law&Crime in an email. “The lawsuit is especially sad and distressing in its callous disregard for the horrific and prolonged global effects of the COVID-19 pandemic. Disney has fully complied with Ms. Johansson’s contract and furthermore, the release of ‘Black Widow’ on Disney+ with Premier Access has significantly enhanced her ability to earn additional compensation on top of the $20 million she has received to date.”

Update—July 29 at 6:06 p.m. Eastern Time: This story has been updated to include Walt Disney Company’s statement.