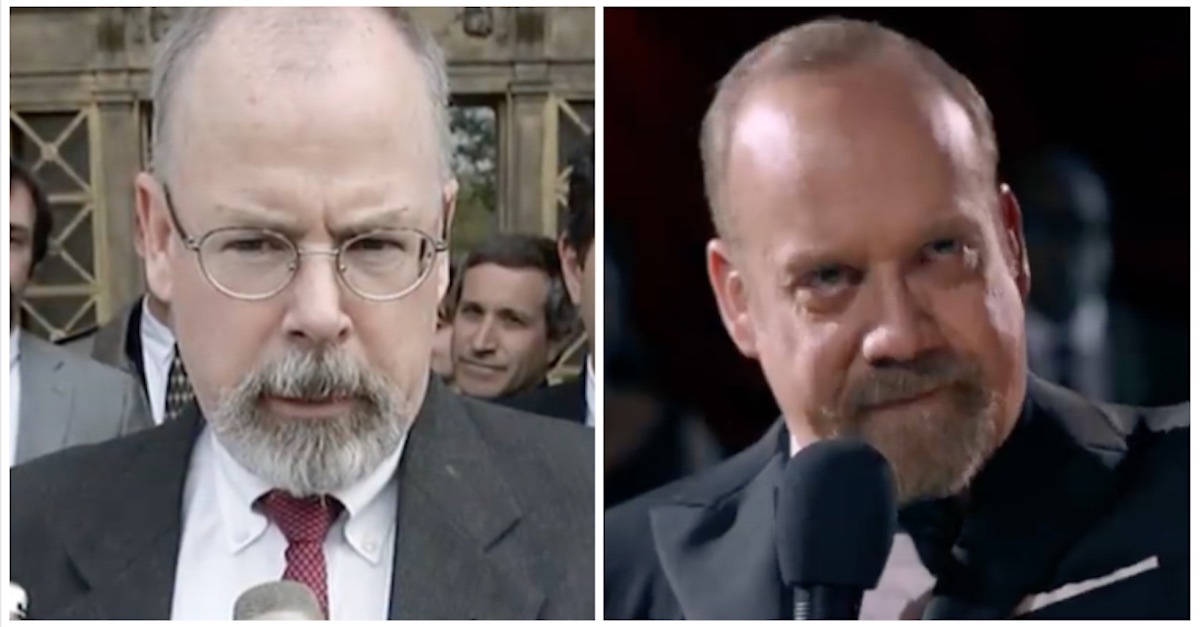 In an interview with GQ on Friday, Giamatti answered questions on a range of topics, many of the related to the show Billions, of which there are five seasons. Reporter Gabriella Paiella noted that the Rhoades character is “very loosely based on Preet Bharara.” Preet Bharara is the former U.S. Attorney for the Southern District of New York who was famously fired by President Donald Trump.

Law&Crime’s Elura Nanos noted the Billions connection before in the context of Bharara’s firing:

During his almost eight-year tenure, Bharara most notably wielded the full power of the S.D.N.Y. against SAC Capital Advisors for insider trading, shutting down the hedge fund, and winning a $1.8 billion settlement. Bharara’s aggressive prosecution of SAC Capital was not only a media event, but also inspired the hit Showtime drama Billions, starring Paul Giamatti as a Bharara-derivative aggressive U.S. Attorney for the Southern District of N.Y.

As it turns out, though, Bharara is not the only U.S. Attorney to have some influence on the Rhoades character. The Q&A in which Giamatti briefly discussed “hardass” U.S. Attorney for the District of Connecticut John Durham’s past:

Q: I know Chuck is very loosely based on Preet Bharara. But, as his political aspirations grew over the course of the show and he ran for various offices, were there any politicians who you used to inform the character?

A: There was a guy that was interesting to me early on, and his name is John Durham. And he’s actually the guy who William Barr tagged to do the investigation of the Russia investigation. He used to be the federal attorney for the state of Connecticut and he’s a pretty intense guy. He’s one of the guys who brought down Whitey Bulger, but he also took down the FBI guys who were colluding with Whitey Bulger. I thought there were a lot of things about him that were interesting. The way he looks, too, is interesting. If you look him up you can see.

A: You see him? He doesn’t look like what you normally think these guys are gonna look like, and he’s a tough guy, too. He’s a hardass.

Durham has, indeed, been investigating the Russiagate investigators since Attorney General William Barr assigned him to do so in May 2019. The investigation has since turned into a criminal probe.

Barr hasn’t ruled out indictments dropping before the 2020 election.

President Trump nominated Durham, a Department of Justice attorney since 1982, to be the U.S. Attorney in Connecticut in 2017. Despite being a Trump appointee, Durham was recommended for the position by Connecticut’s Democratic senators Richard Blumenthal and Chris Murphy who characterized him as having earned “immense respect as a no-nonsense, fierce and fair prosecutor.” He was unanimously confirmed by the Senate on a voice vote in early 2018.

In 2008, President George W. Bush’s Attorney General Michael Mukasey tapped Durham to lead the investigation into the treatment of CIA detainees and the destruction of videotapes showing the torture of terrorism suspects. In 2009, President Barack Obama‘s Attorney General Eric H. Holder expanded the scope of Durham’s inquiry into investigating whether the CIA’s abuse of detainees violated any laws.

By 2010, we learned that Durham “concluded that he [would] not pursue criminal charges for the destruction of the interrogation videotapes.”