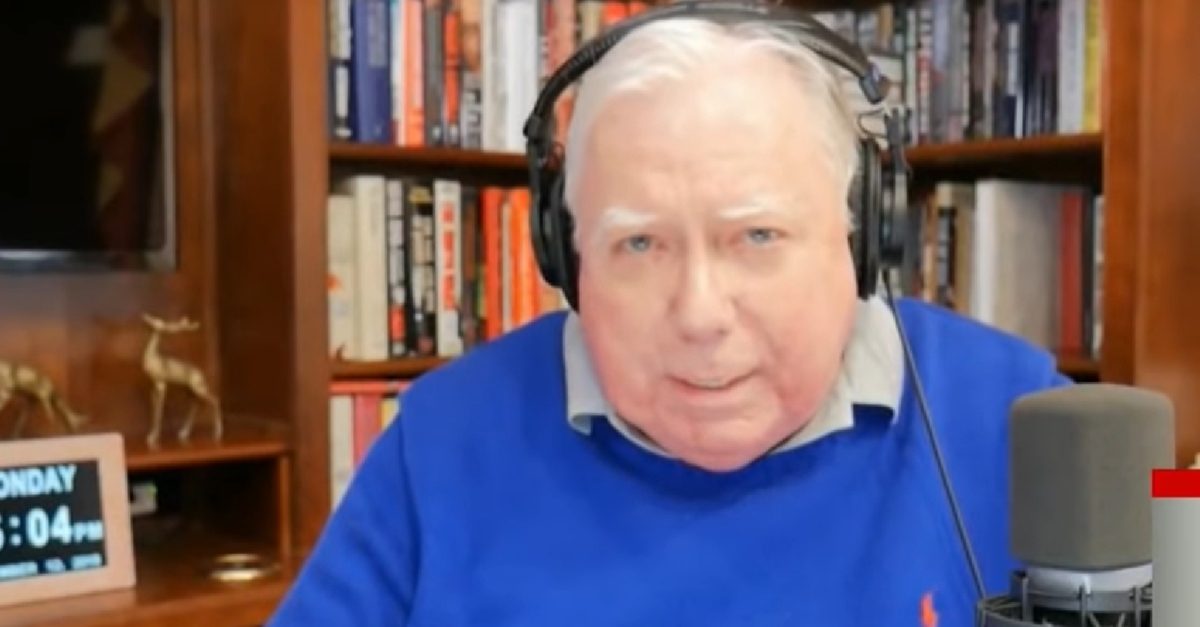 Right-wing conspiracy theorist Jerome Corsi, who famously dodged charges in Robert Mueller’s Russia probe, accidentally sent an email last month about a hydroxychloroquine project to a former Mueller prosecutor that may have contained incriminating evidence against Corsi and his associate, a doctor who frequently appears on conservative news outlets, the Washington Post reported late Thursday night.

Corsi had intended to send the email to Dr. Vladimir “Zev” Zelenko, but failed to realize that his contact list auto-populated the recipient line with federal prosecutor Aaron Zelinsky. Zelinsky was one of the federal investigators Corsi lied to about his contacts with Roger Stone regarding WikiLeaks before Corsi eventually became a witness for the prosecution in Stone’s criminal trial.

“Sean Hannity, the Fox News host, quickly promoted Dr. Zelenko’s claims on his TV and radio shows. Mark Meadows, the incoming White House chief of staff, called Dr. Zelenko to ask about his treatment plan. And Rudy Giuliani, Mr. Trump’s personal lawyer, praised him in a podcast interview this week for ‘thinking of solutions, just like the president,’” the New York Times reported in early April.

As revealed on his YouTube channel, Corsi meant to “Cc” Zelenko on an email about their website, TeleMD, which he told the Post was designed to connect people with doctors. In the email, Corsi wrote about getting national distribution for the site, saying they could announce that Dr. Zelenko would be TeleMD’s medical director and that “Dr. Zelenko has an FDA approved randomized test of HCQ [hydroxychloroquine] under-way.”

According to Corsi, Zelinsky–who is currently investigating criminal activity relating to the COVID-19 pandemic–checked a government website listing FDA approved clinical trials and found no reference to Zelenko. The Assistant U.S. Attorney then contacted Corsi’s attorney and requested all of his correspondence with Zelenko.

Corsi told the Post he turned over the documents but was adamant that neither he nor Zelenko did anything wrong, saying that the doctor has a study approved by an “internal hospital panel,” and he simply did not understand what it meant to have an FDA-approved trial.

As previously reported by Law&Crime, despite a dearth of evidence supporting hydroxychloroquine as an effective treatment for the coronavirus–and despite warnings from medical professionals about possible deadly side effects–the president and senior officials in his administration persistently championed the drug as a “game changer.”