Hollywood Stars to Perform Dramatic Reading of the Mueller Report 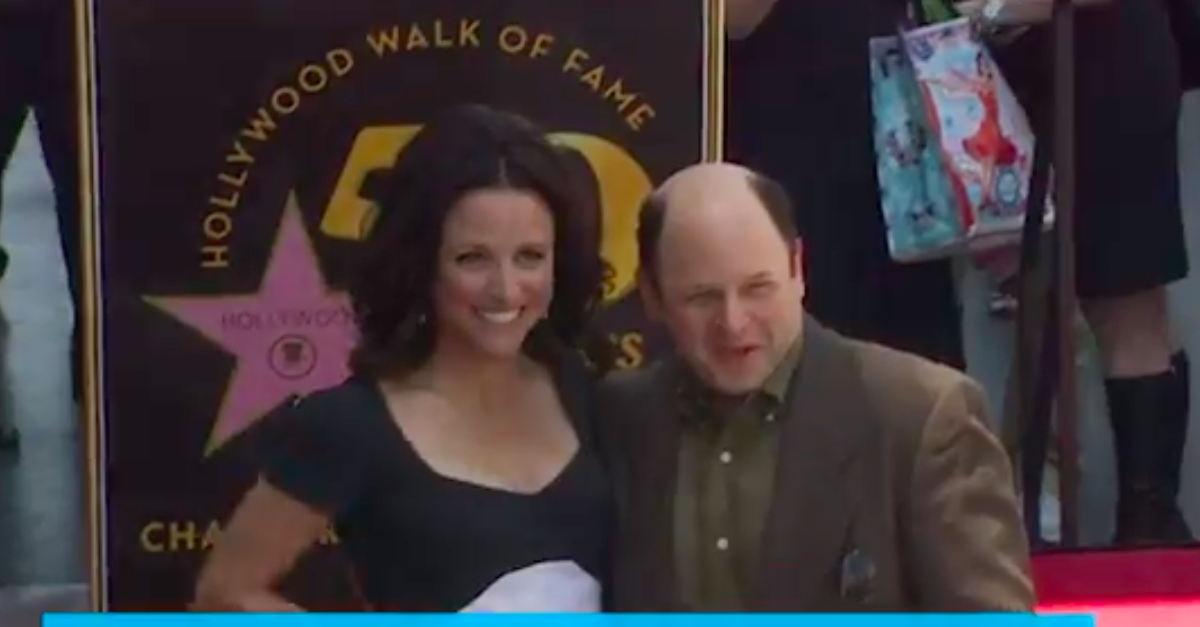 In a one-time event that will be streamed Monday night online, some of Hollywood’s biggest stars will be performing a live reading of former special counsel Robert Mueller’s report.

Mark Hamill, Julia Louis-Dreyfus, Sigourney Weaver, Zachary Quinto, Annette Bening, Kevin Kline, Jason Alexander and Michael Shannon are among those who will participate in the live reading of “The Investigation: A Search for the Truth in Ten Acts,” a collection of passages from Mueller’s 448-page report.

Actress and activist Alyssa Milano is also involved. She @-ed President Donald Trump on Twitter about the self-described “all-star cast[‘s]” imminent performance of “all ten counts of your obstruction of justice!”

Hey, @realDonaldTrump you may want to tune into our livestream tonight. We all know you haven’t read the Mueller report. Think of this as the cliff notes version. Our all-star cast will perform all ten counts of your obstruction of justice! #TheInvestigation https://t.co/611DNgwmnc

“The Investigation” is a project from playwright, screenwriter and actor Robert Schenkkan, who previously won a Pulitzer Prize in 1992 for “The Kentucky Cycle” and a Tony award for “All the Way” in 2014. Schenkkan also received multiple Emmy nominations for his HBO limited series “The Pacific” in 2010.

The live reading was organized by Law Works in an apparent effort to “educate the public” about the content of the Mueller report; it will be performed in front of a live audience in New York City and simultaneously live-streamed on the group’s website Monday night at 9 p.m. ET.

According to Law Works’s website, the group “engages bipartisan voices and educates the public on the importance of the rule of law, the role of the special counsel in the justice system, and the integrity of our judicial institutions.”

The Mueller report has already found mainstream commercial success. A copy of the redacted report has been atop the New York Times paperback nonfiction list for eight weeks, and is currently in 17th place on the Amazon.com books best-seller list.

A 208-page satirical graphic novel version of the report is also under production from cartoonist Shannon Wheeler and journalist Steve Duin. “The Mueller Report: Graphic Novel” is expected to be released in April 2020.

The star-studded reading harkens back to 2012, when George Clooney and Brad Pitt led a live reading of the court case, Perry v. Schwarzenegger, which challenged the legality of Proposition 8, the ballot measure which banned same-sex marriage in California.