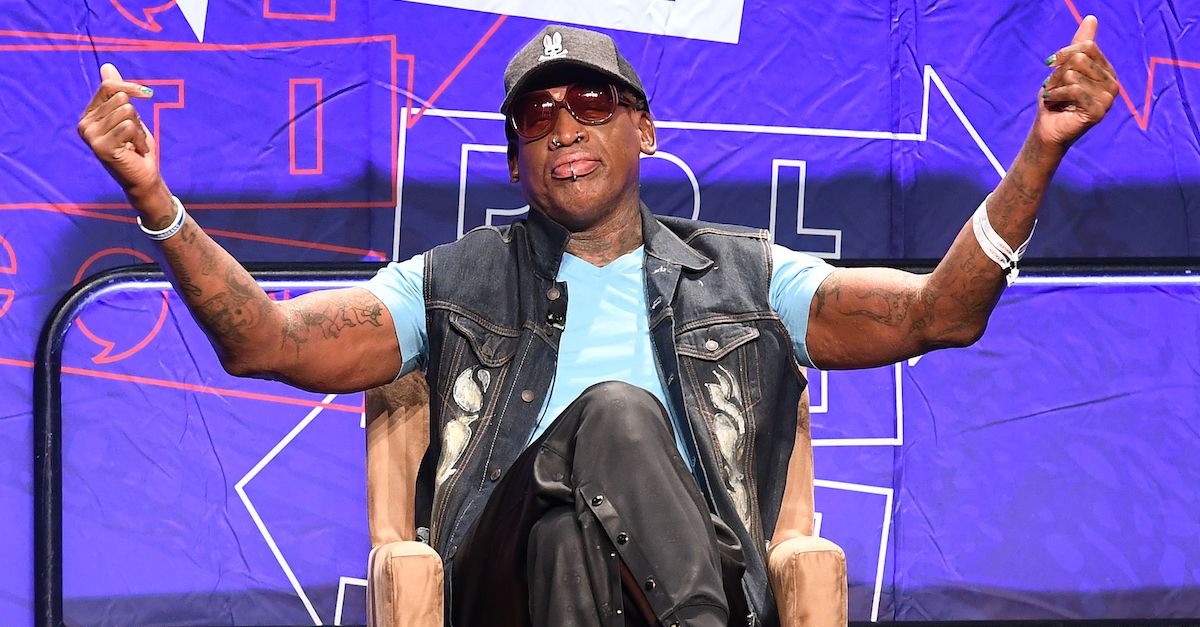 Dennis Rodman, buddy of Kim Jong Un and NBA legend, has been charged with misdemeanor battery related to an alleged incident at a bar in Delray Beach, Florida dating back to May. Rodman, while celebrating his birthday at Buddah Sky Bar, allegedly turned around and smacked a 30-year-old man with an open hand.

Rodman, 58, has been charged with misdemeanor battery and has pleaded not guilty. The cop who wrote the police report about the incident two days after it allegedly happened said they “did not observe any swelling on [Soulouque’s] face at the time of the police report.” Per TMZ, Soulouque said he went to the hospital:

But, Soulouque told TMZ Sports he was really hurt — and went to the hospital where he was diagnosed with a left corneal abrasion. He went to cops the day after the incident and filed a report.

Cops launched an investigation and called up a witness named David Lee Roth — who, shockingly, is NOT the Van Halen singer. Still, cops say DLR corroborated Soulouque’s story. “Roth stated he was about twenty feet away and he saw Rodman turn around and open hand smack Soulouque two times,” the report states.

Soulouque spoke publicly back in May.

“I was like, ‘What is your problem?'” he told the Sun-Sentinel. “It was out of nowhere. He just hit me and I was blindsided and he started charging me.” Rodman’s lawyer, Lorne Berkeley promised at the time that the incident would “not be substantiated” after a “thorough investigation is completed.

Victor Korobka, the bar’s general manager, claimed “No employees or management witnessed” the alleged smacks. “Nobody had any inkling. It’s the most bizarre situation we’ve ever seen,” he said in May.

Misdemeanor battery upon conviction is punishable by up to a year in jail. Rodman could also face probation and a $1,000 fine.