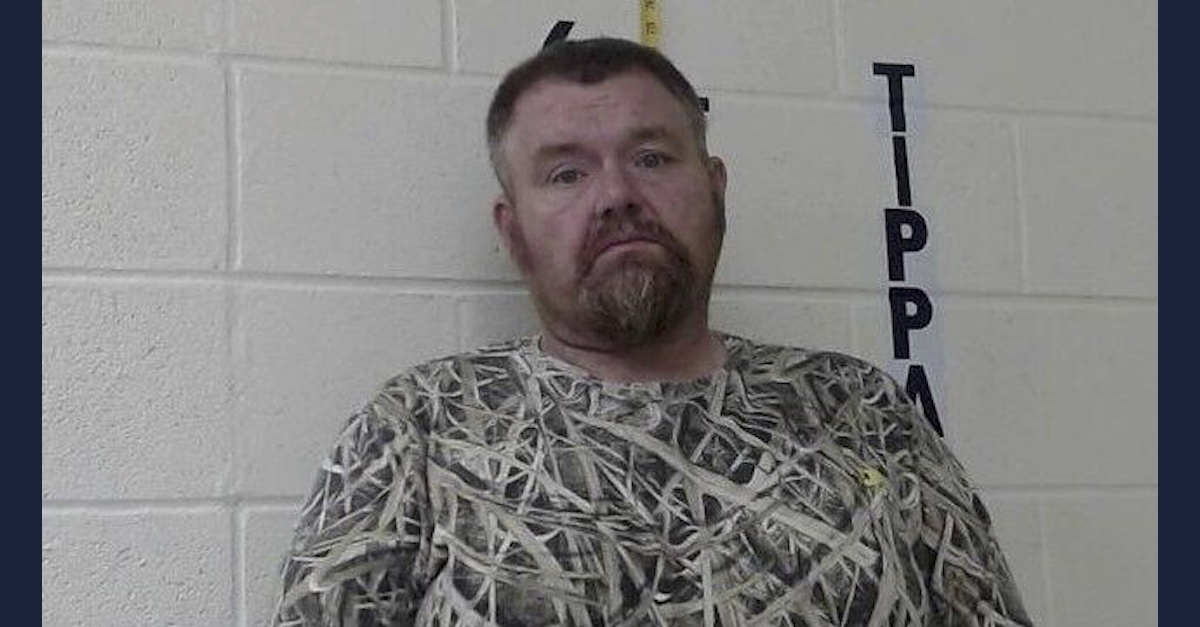 Mark Hall appears in a mugshot

A Mississippi man has been arrested and charged in connection with a viral video that shows a shocking combination of anti-Black bigotry and attempted violence.

Mark Hall, 49, has been charged with nine counts of misdemeanor simple assault – attempt by physical menace to create fear after allegedly driving his vehicle through a group of nine Black children who were riding their bicycles down the street.

The incident occurred at around 3:00 p.m. in Ripley, Miss. on Sunday, July 24, 2022. A video showing a man driving through the crowd of minors was uploaded to Snapchat the next day and was shared thousands of times after a copy was posted on Facebook.

In the video, the man driving accelerates to nearly 40 mph and can be heard saying something about “points” before he drives through the group of children. After causing them to rush and scatter to avoid being hit by his car, the driver laughs and says: “Stupid [N-word]s.”

Some of the teens recounted the horrific experience to local media.

“When we seen him coming, Jeremiah and Jabari had to run into the ditch,” Austin Hill told the TV station. “And he clipped the back of Jeremiah’s bike damaging the front wheel.”

“I moved out the way just in time,” Carmello Thomas told Memphis, Tenn.-based NBC affiliate WMC-TV. “And then he just kept going and I saw him laugh.”

There is currently some debate about the man’s utterance just as he speeds up to drive through the young cyclists.

Reaction from the community has been furious.

“My son should be able to live his life, to grow up and to be a productive young man,” Willie Hill told WREG. “Not to fear if he is going to be mowed down by someone that has complete disregard because his tan is darker than his.”

“We’re sitting here trying to figure out two days later, what if,” Hill continued. “It’s unacceptable. And honestly, I am not going to be quiet about it.”

Parents are hoping local law enforcement throws the book at the driver.

“I think people like that should get what they deserve when they do stuff like this,” parent Jimmy Brooks told WMC-TV. “I don’t feel sorry for anyone who does stuff like this. And this community will not keep quiet about anything like that going on around here.”

“If that is all he can be charged for, I guess I will be satisfied,” Brooks continued. “But I am looking to see if there’s more because these are innocent kids on the streets playing, no business for a grown person to do something like that. I see no reason for that to happen at all.”

According to the teens and their family members, the driver actually did clip one of their bikes as he drove through.

During a city meeting on Tuesday morning, the boys and their parents voiced frustrations about the incident. In response, Ripley Police Chief Scott White said that one of the misdemeanor charges may be upgraded to a felony offense over the clipping. He suggested that, as the investigation continues, hate crime enhancements may be tacked on by the District Attorney’s Office, the Tippah News reports.

According to WMC-TV, the Tippah County Sheriff’s Office said the charges have already been “enhanced” due to the nature of the incident.

Federal officials have also been contacted, both White and the TCSO said.