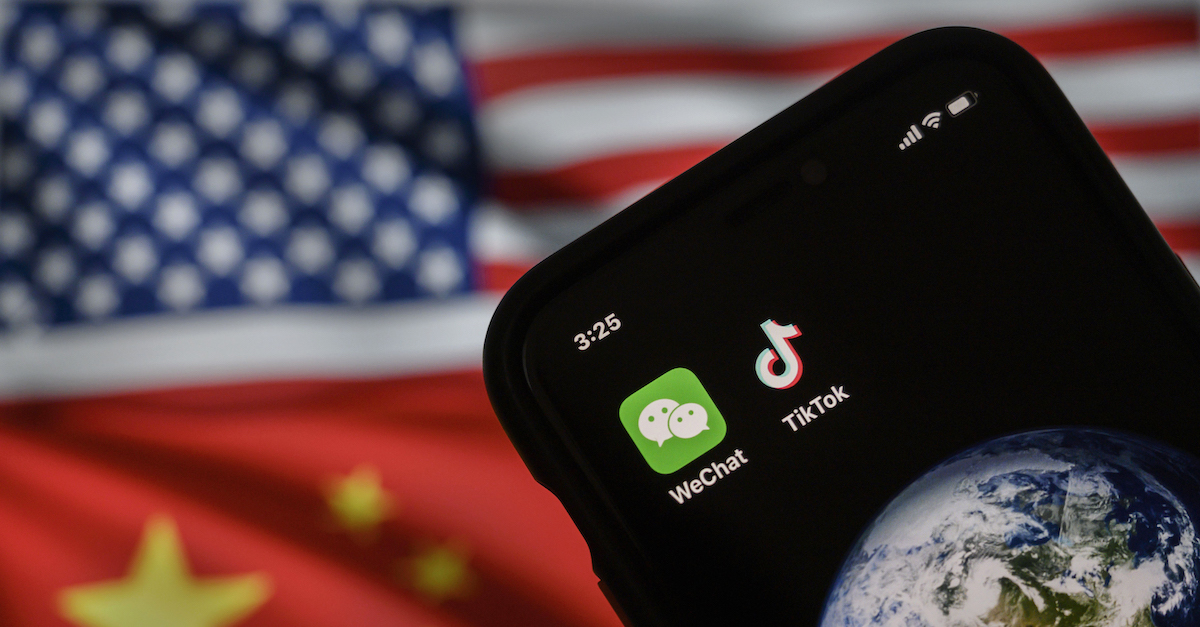 The Trump administration’s effort to ban a “national security threat” from being downloaded in the U.S. through app stores hit a snag in a federal court on Sunday. U.S. District Judge for the District of Columbia Carl Nichols, an appointee of President Donald Trump, issued a preliminary injunction, finding that TikTok and its China-based parent company ByteDance are likely to succeed on their International Emergency Economic Powers Act (IEEPA) claim.

Judge Nichols analyzed only the first of five prohibited transactions, which were published by Commerce Secretary Wilbur Ross following President Trump’s national emergency declaration. The first prohibition was scheduled to go into effect at 11:59 p.m. on Sunday; the other four aren’t a threat to go into effect until 11:59 p.m. on Nov. 12. The first prohibition reads as follows [emphasis ours]:

The judge agreed with plaintiffs’ “plain-meaning analysis” that TikTok facilitates “information and informational materials” that the Trump administration does not have the authority to regulate or prohibit, directly or indirectly, under the IEEPA:

[T]he government first argues that the Secretary has “simply prohibit[ed] business-to-business economic transactions that support certain aspects of TikTok’s U.S. operations.” Defs.’ Opp’n, ECF No. 22, 18. The Secretary has not, the government argues, “prohibit[ed] any importing or exporting of information,” or taken any action with respect “to TikTok users themselves.”

But that argument fails to grapple with IEEPA’s text. Section 1702(b)(3) provides that IEEPA’s grant of authority “does not include the authority to regulate or prohibit, directly or indirectly,” the cross-border transmission of “information and informational materials.” 50 U.S.C. § 1702(b)(3). The content exchanged by TikTok users constitutes “information and informational materials”; indeed, much of that content appears to be (or to be analogous to) “publications, films, . . . photographs, . . . artworks, . . . and news wire feeds.” Id. And the purpose and effect of the Secretary’s prohibitions is to limit, and ultimately reduce to zero, the number of U.S. users who can comment on the platform and have their personal data on TikTok. Commerce Memo, ECF No. 22-1, 22. At a minimum, then, the Secretary’s prohibitions “indirectly” “regulate” the transmission of “informational materials” by U.S. persons.

TikTok had argued, for example, that the platform is used by its users to “discuss more serious subjects, including political issues.”

This factor, the first and “most important” of a four-pronged analysis, “weighs in favor of granting preliminary relief,” the judge ruled. The judge also found that the plaintiffs demonstrated they would “suffer irreparable harm” without injunctive relief.

The court then turned to the third prong: a showing that the “balance of equities favors” injunctive relief. While Nichols did not agree with TikTok’s argument that an injunction would cause the U.S. Government no harm given the national security threat China poses, the judge also said the finding on the first prong ultimately tilts the third prong in the plaintiffs’ favor:

Here, the government has provided ample evidence that China presents a significant national security threat, although the specific evidence of the threat posed by Plaintiffs, as well as whether the prohibitions are the only effective way to address that threat, remains less substantial. At a minimum, the Court cannot adopt Plaintiffs’ argument that “the government will not face any harm if a preliminary injunction is granted.”

But for the reasons discussed above, Plaintiffs have demonstrated that they are likely to succeed on their IEEPA claims, and the government “cannot suffer harm from an injunction that merely ends an unlawful practice or reads a statute as required.”

And the injunction is in the public interest, the judge noted, “because ‘[t]here is generally no public interest in the perpetuation of unlawful agency action.'”

“Rather,” Nichols said, “there is a substantial public interest ‘in having governmental agencies abide by the federal laws that govern their existence and operations.’”

For those reasons, the court found that a preliminary injunction was “appropriate” in this case.

The remaining four prohibitions will be dealt with separately.