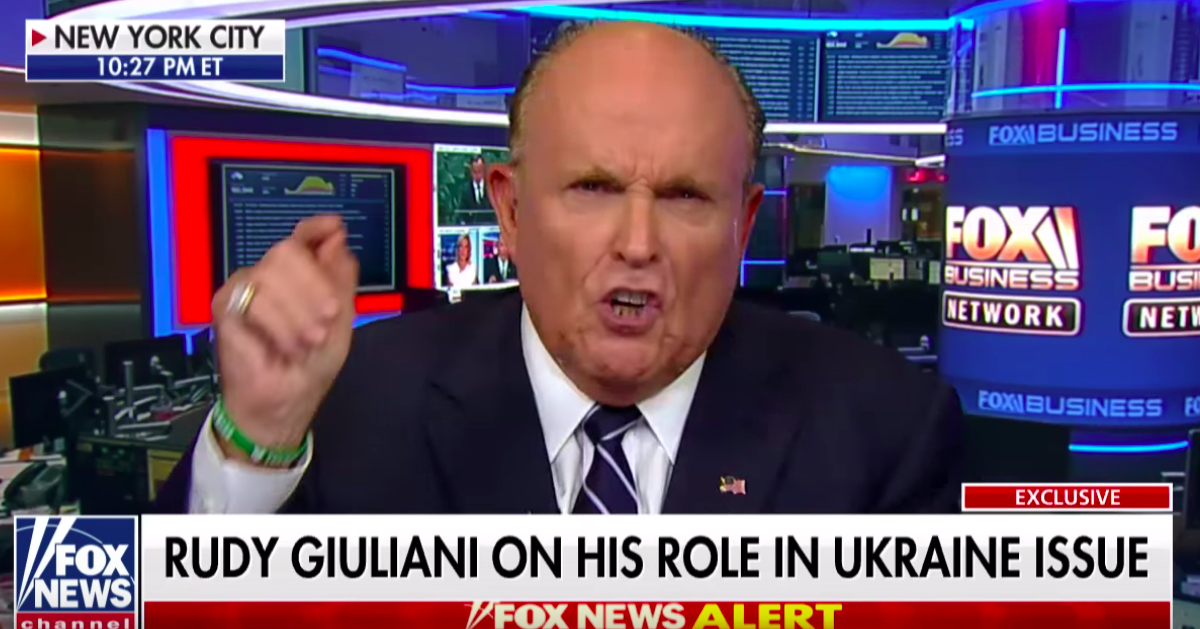 President Donald Trump’s personal attorney Rudy Giuliani “liked” a tweet reporting the results of the most recent Fox News poll, a bot trained to notice this sort of thing noticed. The Fox News poll showed that support for Trump’s impeachment and removal from office has never been higher.

A quick look at Giuliani’s “like” history confirms this was the case.

Perhaps Giuliani wanted to like the tweet so he could file it away for future reference. Otherwise, for his purposes, there’s very little to like about it. The Fox News poll showed that 51-percent of those polled believed President Trump should be impeached and removed from office, a 9-percent uptick from July.

While Fox & Friends did find a way on Thursday to say this poll was actually bad news for Joe Biden, President Trump lashed out at Fox News this a.m., before concluding, “Oh well, I’m President.” Trump blasted Fox News senior judicial analyst Andrew Napolitano and Fox News anchor Shepard Smith. Napolitano has not been shy about criticizing the president’s phone call with Ukraine and Twitter activity. Smith, for his part, suggested Trump may have violated federal law on live TV. And Smith has had Napolitano provide analysis on Shepard Smith Reporting, in which Napolitano concluded that the president committed a crime by  “solicit[ing] aid for his campaign from a foreign government.”

Trump also said that he has “NEVER had a good @FoxNews Poll”:

From the day I announced I was running for President, I have NEVER had a good @FoxNews Poll. Whoever their Pollster is, they suck. But @FoxNews is also much different than it used to be in the good old days. With people like Andrew Napolitano, who wanted to be a Supreme Court Justice & I turned him down (he’s been terrible ever since), Shep Smith, @donnabrazile (who gave Crooked Hillary the debate questions & got fired from @CNN), & others, @FoxNews doesn’t deliver for US anymore. It is so different than it used to be. Oh well, I’m President!