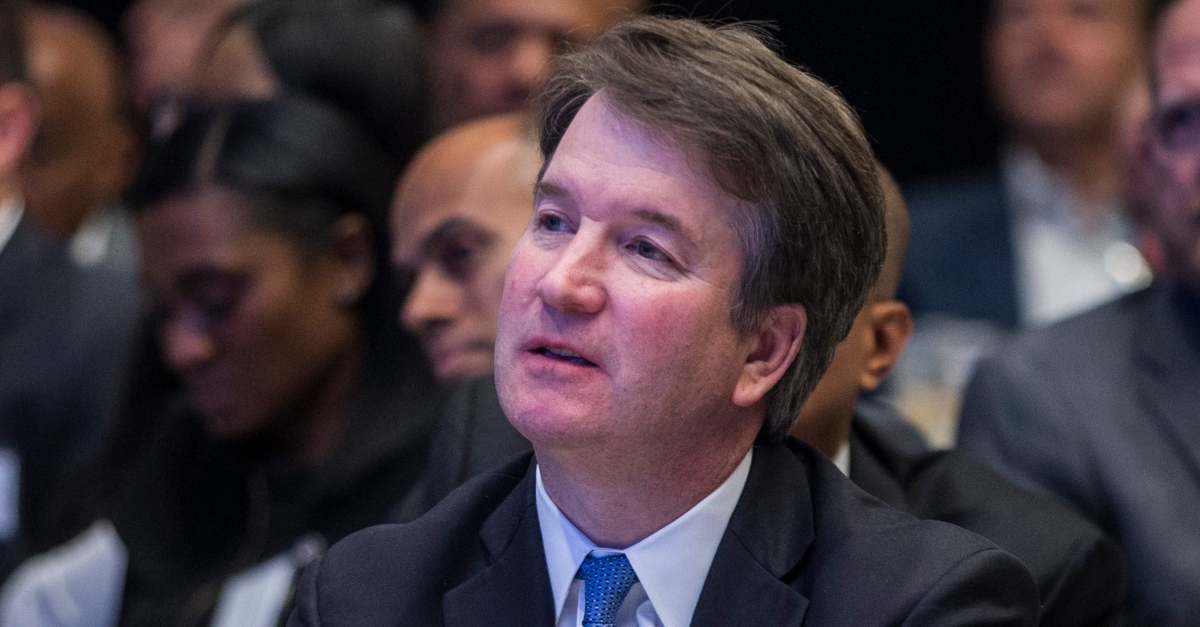 New Jersey cited a recent opinion from U.S. Supreme Court Justice Brett Kavanaugh in a letter motion on Tuesday that says the high court’s latest decision means courts should leave the state’s voting laws alone before the upcoming general election. The upshot of this citation means that the conservative jurist is being cited to support statewide vote-by-mail initiatives in the Garden State.

On Monday evening, the Supreme Court invalidated a recent court-ordered change to South Carolina’s voting laws. That change, initiated by voting rights groups and Democratic Party legal advocacy, would have made it easier for residents of the Palmetto State to vote by eliminating a controversial witness requirement for mail-in ballots.

In less than a page, the justices enjoined the South Carolina District Court’s order, stopping the legal effect of the months-old injunction (which was originally issued in May of this year) and re-applying the witness requirement law to any ballots cast after Monday. Ballots already in the mail and received by elections officials before Wednesday, October 7 should not be affected by the stay.

Kavanaugh, who wrote separately to explain his vote, cited two prevailing reasons for doing so: (1) the primacy of state legislatures in the arena of public safety; and (2) the Supreme Court’s precedent on shying away from election interference at the 11th hour.

Per the newest justice’s terse explanation:

[T]he Constitution “principally entrusts the safety and the health of the people to the politically accountable officials of the States.” “When those officials ‘undertake[ ] to act in areas fraught with medical and scientific uncertainties,’ their latitude ‘must be especially broad.’” It follows that a State legislature’s decision either to keep or to make changes to election rules to address COVID–19 ordinarily “should not be subject to second-guessing by an ‘unelected federal judiciary,’ which lacks the background, competence, and expertise to assess public health and is not accountable to the people.” The District Court’s injunction contravened that principle.

Second, for many years, this Court has repeatedly emphasized that federal courts ordinarily should not alter state election rules in the period close to an election. See Purcell v. Gonzalez…By enjoining South Carolina’s witness requirement shortly before the election, the District Court defied that principle and this Court’s precedents

Grewal also argued that Kavanaugh’s reference to the high court’s precedent regarding last-minute election rule changes is an arrow in the Garden State’s legal quiver–specifically the guidance that federal courts should leave state election laws alone when it comes down to the wire.

The attorney general’s argument was effectively taken to heart in an order subsequently issued by U.S. District Judge Michael A. Shipp. Kavanaugh’s reasoning was cited by the court to rule in New Jersey’s favor and against the Trump campaign late Tuesday.

In litigation that began this August, President Donald Trump‘s reelection campaign–along with the national and state Republican Party–argued that a recent executive order signed by New Jersey Governor Phil Murphy (D) was a violation of the U.S. Constitution and a “brazen power grab.” That order directs elections officials to send mail-in ballots to all eligible voters in the state.

“In a direct usurpation of the legislature’s authority, Governor Murphy issued Executive Order 177 purporting to rewrite the election code for the November 2020 election,” the lawsuit argued. “Moreover, in his haste, the Governor created a system that will violate eligible citizens’ right to vote. By ordering universal vote-by-mail, he has created a recipe for disaster. Fraudulent and invalid votes dilute the votes of honest citizens and deprive them of their right to vote in violation of the Fourteenth Amendment.”