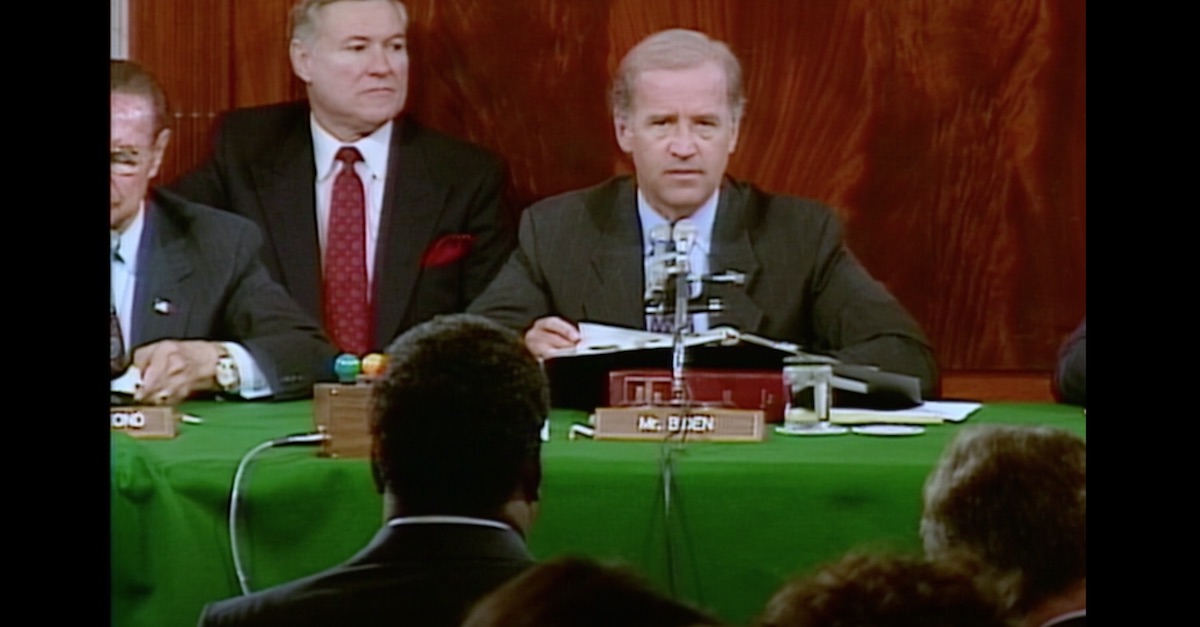 It’s 2020 and Joe Biden is the presumptive Democratic nominee. Meanwhile, Supreme Court Justice Clarence Thomas is asking questions during live-streamed oral arguments and documentaries are being made about his life. The new PBS documentary, Created Equal: Clarence Thomas in His Own Words, explored, in part, Biden and Thomas’s showdown in 1991. It turns out that Thomas still has no idea what then-Senate Judiciary Committee Chairman Biden was talking about at the time.

Nearly 30 years ago, eventual Justice Thomas was grilled on the national stage about his judicial philosophy and about Anita Hill’s allegation of sexual harassment, which Thomas has always unequivocally and categorically denied as false. In 2019, Biden expressed through his campaign “regret for what [Hill] endured” during the hearings and conveyed “his admiration for everything she has done to change the culture around sexual harassment in this country.” In 2020, Biden has faced and denied Tara Reade’s allegations.

The part of the documentary we now discuss highlighted Biden’s initial questioning of Thomas’s jurisprudence, in which Biden attempted to frame the issue as natural law versus legal positivism (read about the former here and the latter here). Justice Thomas said that Biden’s words were unintelligible then and remain inscrutable now.

“Good morning, judge. Welcome to the blinding lights,” Biden began in 1991. “Finding out what you mean when you say that you would apply the natural law philosophy to the Constitution is, in my view, the single most important task of this committee.”

Then the documentary cut to Thomas in 2020.

“Senator Biden was very focused on natural law. How did that go?” Thomas was asked.

“Who knows. I have no idea what he was talking about,” the justice replied, shaking his head.

Cut back to Biden.

Cut back to Thomas, who—almost chuckling—said he didn’t know what Biden was talking about.

“And it was fine. I understood what he was trying to do. I didn’t really appreciate it. Natural law was nothing more than a way of tricking me into talking about abortion. Since many Catholic moral philosophers saw that two things as intimately related. But my interest in natural law was different,” Thomas said.

Created Equal can be streamed on PBS until June 1. The Biden-Thomas content is discussed at the 1:10:00 mark of the special.