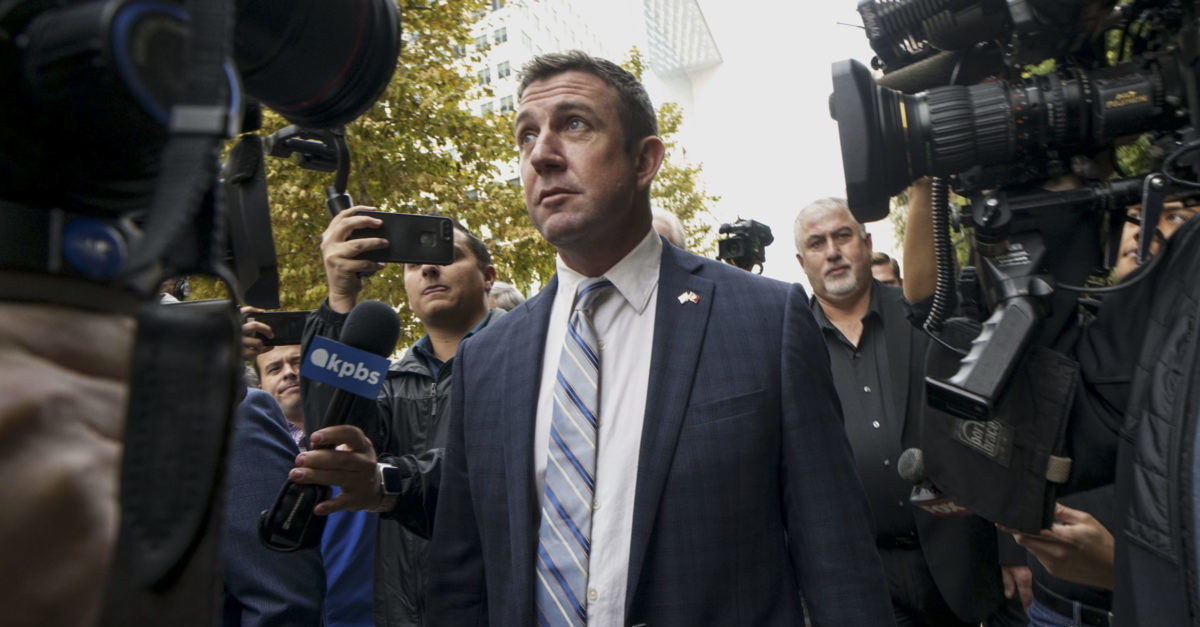 After Rep. Duncan Hunter, a California Republican, pleaded guilty to misusing campaign funds on food and announced his resignation, his campaign went out and spent money on — you guessed it — food.

According to documents filed with the Federal Election Commission (FEC), the Hunter campaign registered an expense of $137.20 for food and beverages at the Hawk ‘N’ Dove on Pennsylvania Avenue in Washington, D.C.  The menu appears rather reasonable for a brew pub. That was on January 9, 2020. Hunter had announced his resignation on Jan. 7, two days earlier.

Then, on January 13, the day Hunter’s resignation actually took effect, the campaign spent $715.80 for food and beverages at a more formal restaurant, Landini Brothers, which is in Old Town Alexandria in Virginia, inside the D.C. beltway.

Hunter pleaded guilty on December 3, 2019 to stealing “hundreds of thousands of dollars in campaign funds that he and his wife used to maintain their lifestyle,” prosecutors said. Wife and former campaign manager Margaret Hunter pleaded guilty in June 2019. Prosecutors said the couple “illegally converted more than $150,000 in campaign funds from 2010 through 2016 to purchase goods and services for their personal use and enjoyment, and engaged in 30 or more illegal transactions using campaign funds for personal use.”

As detailed in the indictment, the Hunters stole money from the campaign for items as inconsequential as fast food, movie tickets and sneakers; as trivial as video games, Lego sets and Playdoh; as mundane as groceries, dog food, and utilities; and as self-indulgent as luxury hotels, overseas vacations and plane tickets for their family pet rabbits, Eggburt and Cadbury – all while their family was otherwise deeply in debt.

Hunter was sentenced in mid-March to eleven months behind bars. He was scheduled to report to serve that sentence starting May 29. After sentencing, Hunter’s father, retired Rep. Duncan Hunter Sr., who is also a California Republican, chided biased prosecutors for engaging in a biased “political hit job” by pressing charges against his son. Among the elder Hunter’s complaints was that prosecutors charged his son with purchasing plane tickets for the rabbits to attend “a legitimate family event.” This picture of Hunter Sr. talking about Eggburt says it all. 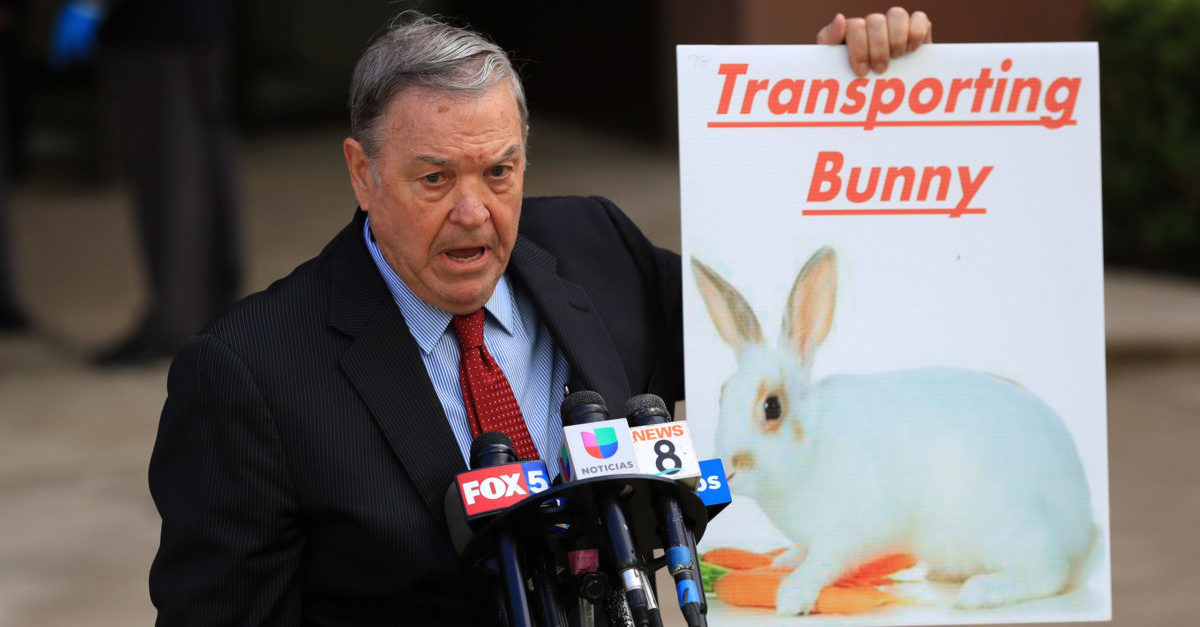 The restaurant expenses, which came after Hunter announced his resignation but before he actually resigned, are not per se illegal. Yet analyzing them is tricky. According to the FEC, “meal expenses” require a “case-by-case determination” as to whether they are acceptable or not acceptable. “Campaign funds may be used to pay for meals during face-to-face fundraising events. By contrast, a candidate may not use campaign funds to take his or her family out to dinner,” the FEC’s website says.

It’s unclear from the FEC filings themselves whether Duncan Hunter personally benefitted from these restaurant gatherings.

Either way, the Court of Public Opinion did not judge the recent expenditures favorably:

“Are you sure this is a good idea?”

“What’s the worst that can happen?”

Campaign accounts of convicted Congress members should be forfeited to the opposition.

How did he drop $715 at Landini Brothers? Even by DC standards, that’s just ‘meh’.